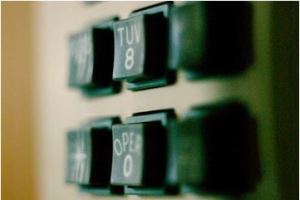 As noted by our very own Russ Baker, a lot of the news coming out of Ukraine seems eerily familiar—and not in a good way.

And whatayaknow, the Russian state television channel RT has now published a leaked telephone conversation between Estonian Foreign Minister Urmas Paet and EU foreign affairs chief Catherine Ashton. In it, Paet relays some important takeaways from his recent trip to Ukraine. Among the highlights: that opposition protestors and police killed by sniper fire in the early days of the protests — which galvanized world attention — were actually the victims of guns hired by the opposition.

This follows on the heels of a leaked conversation between State Department officials over who would be best to install in the next Ukrainian government. As it would turn out, their choice became the next prime minister. Funny how things work out.

US intelligence and its ersatz-comrades at the National Endowment for Democracy have long been known to cook up shady protest movements. But Russian intelligence is just as much a player in the game. Though not known conclusively at the present time, it’s widely believed that each call was recorded and leaked by the FSB.