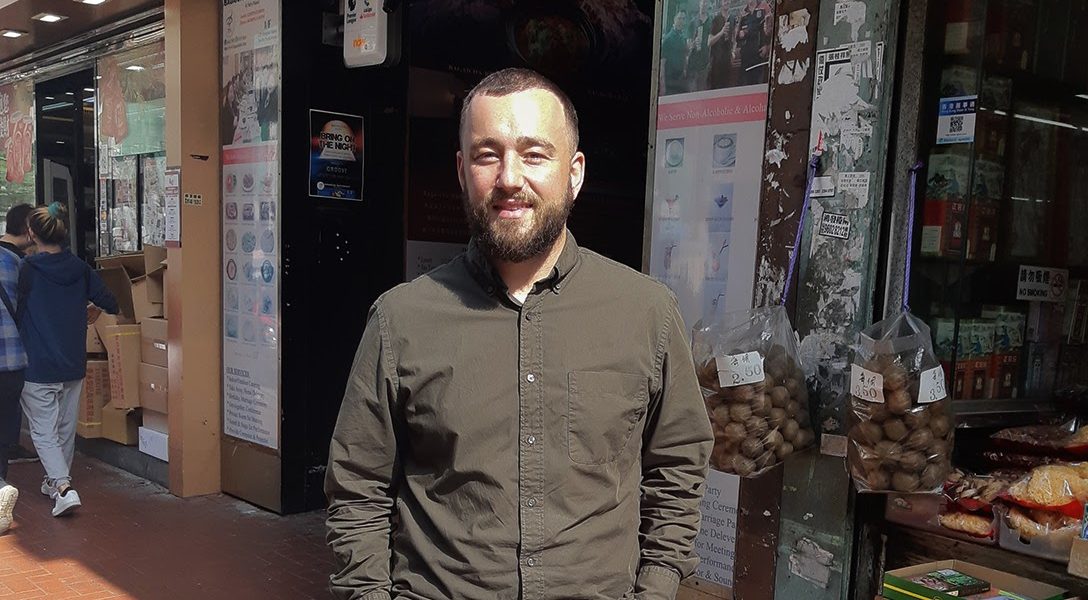 HONG KONG — What should have been an enjoyable night for Josh Dubman, a US citizen performing as a DJ at a popular nightclub in the Chinese city of Shenzhen, turned into a nightmare when he was arrested and incarcerated in a grim local prison.

In an exclusive interview with WhoWhatWhy, Dubman, originally from Appleton, WI, relived his terrifying experience, which appears to be just one example of a growing trend of government harassment and intimidation of Americans traveling and working in China. Echoing this fear, last month, a bipartisan group of US lawmakers expressed “deep concern” about China’s imprisonment or arbitrary detention of US citizens and permanent residents.

Dubman said that while walking back from the Solo night club, in the Coco Park district of the city, around 11 PM on November 30, he was suddenly surrounded by a group of men who forced him into the back of an unmarked van.

“No one explained what was going on. I thought I was being kidnapped,” said the education consultant, who lives and works in Hong Kong and performs as a DJ on weekends.

Dubman does not speak Chinese and realized he was being arrested only when he arrived at a police station and was told to provide a urine sample. He was then left in solitary confinement in a small cell for about 20 hours, during which time he was occasionally awakened before being informed by an English-speaking police officer that he had tested positive for marijuana.

“When I asked for a lawyer, they just laughed,” he said. Around 3 PM the following day, he was taken to an interrogation room.

“They took me out of the cell and chained me into a sort of torture chair — my ankles were strapped to the legs with restraints and my hands handcuffed to the desk in front of me,” he said. Dubman tried to explain to them that he was only staying in Shenzhen for 24 hours, had nothing illegal in his possession and had never taken any drugs in mainland China. He says no one was interested in his explanations.

If Dubman was counting on leniency for an overseas national, he was to be sorely disappointed. Instead, he was told he was being detained for 10 days and allowed only a short phone call before being taken to a prison in the city. Under Chinese law this is known as “administrative detention.” A demoralized Dubman found himself sharing a 500-square-foot cell with about 30 other men and enduring conditions he describes as “gross.” Most of his fellow prisoners were Africans and South Asians being held for minor visa violations, but he was surprised to discover that two other US citizens were also being detained and that it was only the three of them who were being held on drug-related offenses.

After two days, Dubman was contacted by the US consulate in nearby Guangzhou and given a message from his frantic parents, who had only been told he had been arrested and was in prison in China. On December 11, Dubman was subjected to another disappointment.

Expecting his release after the allotted 10 days of administrative detention had elapsed, he was devastated when one of his cellmates translated a message from the prison guard: “Tell the American he is not going home.”

“I was crushed — it was my 30th birthday — I went from looking forward to going home to facing indefinite detention in China,” he recalled.

Dubman was eventually released on December 16, forced to fly back to the US at his own expense, and officially banned from China for life.

Dubman’s experience brings into sharp focus a series of recent incidents when American citizens were arrested, detained, or denied entry by Chinese authorities in a pattern that some observers worry may be a deliberate attempt to intimidate and exert diplomatic leverage over the US.

Hong Kong, a former British colony that is today a largely autonomous “special administrative region,” seems to be implementing its own crackdown. In January it refused entry to award-winning American photographer Matthew Connors, who has covered Hong Kong’s social unrest. He was detained for four hours and questioned by immigration officers before being sent back to New York. In the same month, Hong Kong authorities barred US citizen Kenneth Roth, executive director of Human Rights Watch, from entering the city. He had come to Hong Kong to launch the group’s latest annual report on human rights around the world, with a special focus on China.

On December 7, the chairman and the president of the American Chamber of Commerce in Hong Kong, Robert Grieves and Tara Joseph, were separately prevented from entering the semi-autonomous island of Macau — a traditional weekend venue for Hongkongers.

“Both Robert and Tara were given no reason for why they were delayed. After several hours, and after having to sign a statement that they voluntarily agreed not to pursue entry into Macau, they both returned to Hong Kong without any difficulty,” said an AmCham spokesperson.

AmCham says it is puzzled as to why this happened, given that the visit was simply a social occasion.

“We hope that this is just an over-reaction to current events and that international business can constructively forge ahead,” the spokesperson said in a statement. But many in the American business community in Hong Kong are nervous.

A senior executive at a major US corporation who has lived and worked in Hong Kong for decades told WhoWhatWhy that he is now “more observant” when making trips to mainland China, and he says many of his colleagues and friends are worried about traveling anywhere in China.

The US consulate in Guangzhou has a special extension (option three on their main switchboard) for US citizens seeking consular support after arrest in Guangdong province (which is adjacent to Hong Kong). They declined to disclose the number of US citizens currently imprisoned locally or across China.

“Although we do not have publicly available numbers of those incarcerated in China or specifically the Guangzhou district, the State Department conducts on average 10,000 consular visits to US citizens imprisoned overseas,” said a Department of State official.

How many of those consular visits are for Americans incarcerated in Chinese jails — often without access to proper legal representation — and whether that number is rising remains secret.

In January, US legislators — six senators and House representatives — called on President Donald Trump to press Beijing to free detained Americans and listed seven detainees, including Jacob Harlan and Alyssa Petersen, who were arrested in the eastern province of Jiangsu in September on suspicion of what Chinese authorities called “organizing others to cross the border.”

Now safely back in Hong Kong, Dubman admitted he may have smoked some weed while in Hong Kong the night before traveling to the Mainland so was not surprised to have failed the drug test. He points out that an American citizen could smoke weed legally in the US before a flight to China, fail a drug test on arrival and be incarcerated in a Chinese jail for violating China’s strict zero-tolerance anti-drugs laws.

“There is definitely a crackdown,” he said. “I can’t know for sure they are targeting Americans, but it’s a trend.”