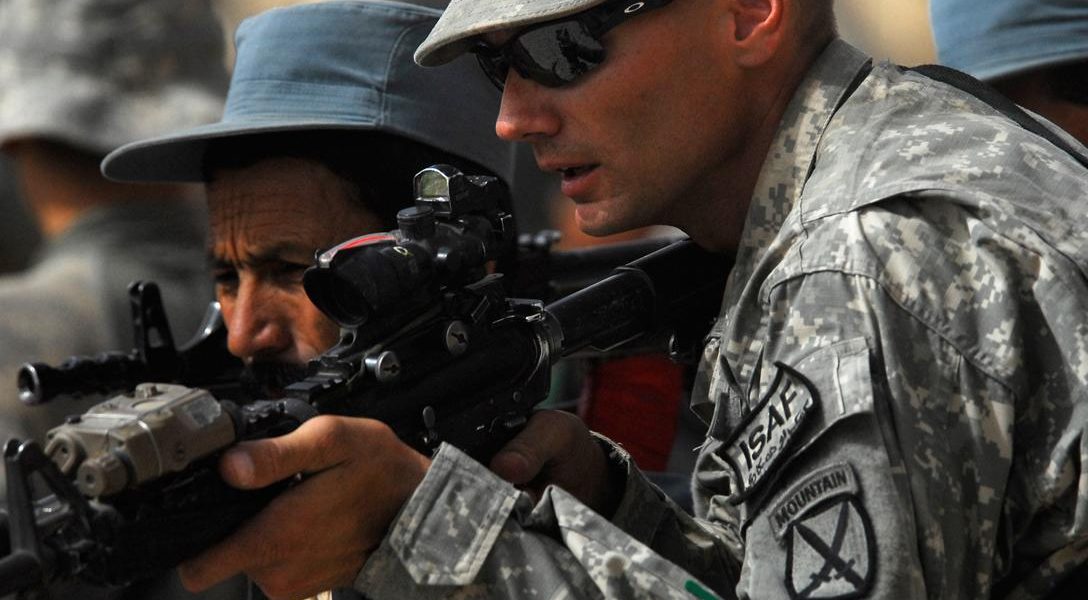 How many times over the years have we heard promises that the United States would get out of Afghanistan by such-and-such a date, only to have those promises retracted due to exigent circumstances of one kind or another? Too many to count.

And now, just when we thought the longest war in American history was finally at an end, comes this headline:

US Military Commanders Favor Keeping Troops In Afghanistan Beyond 2016

Here’s the Associated Press lead on that story:

With the Taliban gaining new ground, US military commanders are arguing for keeping at least a few thousand American troops in Afghanistan beyond 2016, a move that would mark a departure from President Barack Obama’s current policy.

How fearsome a threat are the Taliban to “US interests,” compared to, say, any of the myriad other armies roaming the earth? The impact on our national security is debatable, to say the least. As for humanitarian concerns, we know that brutality and corruption characterize both sides in what is essentially a civil war — if it can be said that there are just two “sides” in that desperately poor country long riven by ethnic and clan rivalries.

We see how complex and tragic it all is every day. On the weekend, it was yet another example of what the US military obscenely calls “collateral damage” to innocents in the wrong place at the wrong time — the staff injured and killed by US bombs at the Doctors Without Borders hospital in Kunduz.

Why the never-ending carnage?

For another perspective on the importance of Afghanistan — the strategic importance — we invite you to click here and view an interesting treasure map of the region. We’ve run it in the past but it surely warrants renewed attention, given this latest proposal to commit American boots on the ground there for an indefinite future.

A good look at the map, which details the wealth of natural resources buried beneath the soil of Afghanistan, raises the question: Which “interests” actually stand to benefit from a prolonged US military presence in Afghanistan? When these troops are drawn, as they inevitably will be, into deadly combat, what exactly will they be sacrificing their lives for: the defense of liberty in the name of US security or the fattening of some corporation’s bottom line?