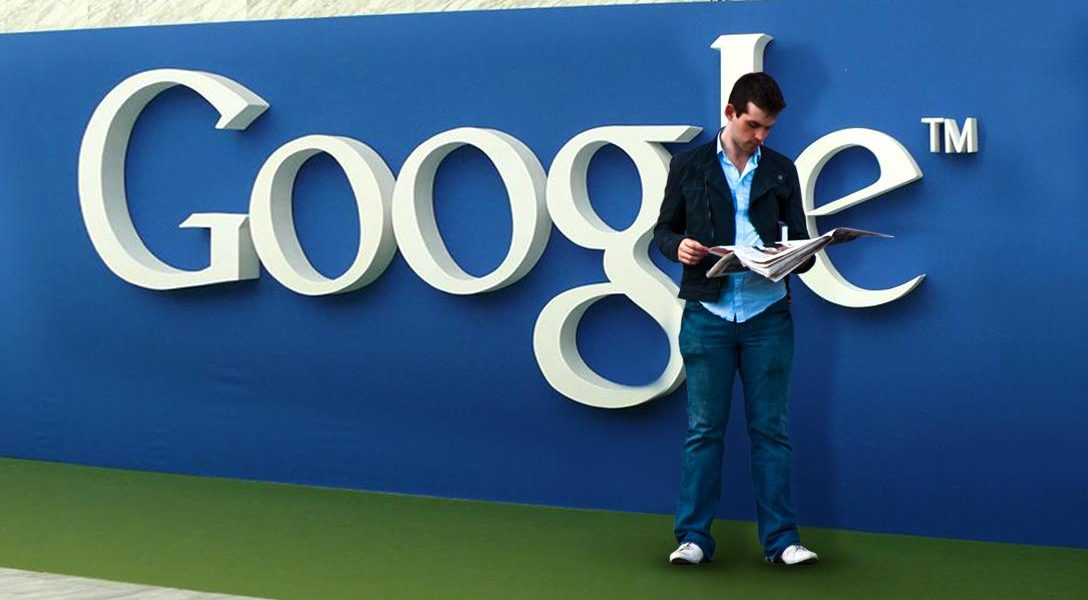 Google has entered the fray to do battle with Facebook and others as the place where online content lives.

If these efforts are successful, people will increasingly stop visiting websites as we know them. They will get all their news from Google, Facebook, Apple, Twitter, and a few other large providers. We will see the gradual diminution of brands until online journalism is purely about which story grabs us.

If you think that’s  a good thing, think again: WhoWhatWhy has already exposed how Google can actually sway an election. As we warned you before,

A peer-reviewed study conducted by the American Institute for Behavioral Research and Technology found that the order of Google search results about candidates — ranked according to positive and negative stories — had a significant effect on which candidates voters chose to cast their ballots for.

Keep that in mind as you read this article.

People have historically favored one newspaper or magazine or tv news program over others because they trusted the judgment and apparent standards of the editors and producers. This meant they would often be exposed to subjects and stories they might not otherwise have known about, and perhaps would not ordinarily have chosen to look at.

And that is the key: The choice was yours. Some people enjoy reading the entire newspaper while others go first to a particular section — but might still get enticed to read a different article as they are leafing through the pages.

Google and Facebook ultimately want to change that relationship between you and your favorite news outlets. They want to decide what you should read. And while their algorithms can steer you toward things you find interesting, it still gives them too much influence. What if, for example, these tech giants support a particular trade deal and can decide what type of news coverage on it is fed to you?

Another danger is that using an algorithm to show people only what they are expected to like will further increase a division along ideological lines. Or the tech giants can simply decide to eliminate anything of substance and provide users with a steady diet of the Kardashians and cat videos.

After all, with these big companies and their bottom-line-oriented algorithms deciding what to include — and what to highlight — how likely are we to have our attention drawn to intellectually challenging or bold and even risky content?

And it’s not just these companies. Apps for your phone already exercise a similar gatekeeper function.

It is all part of a gradual move away from the original promise of the Internet — open access, a low barrier to entry, and transparency. Remember that early Internet mantra: “Information Wants To Be Free?”

As we move away from free-speech-friendly windows toward proprietary, closed platforms, our online experience will be managed by gatekeepers motivated to raise revenue, and disinclined to worry about information’s central role in nourishing liberty and democracy.

The Constitution didn’t give special protection to “the press” to enable a few media lords to get rich by controlling the information pipeline.

With such control, we could end up seeing what we saw with the “evolution” of radio, TV and cable — consolidation of ownership leading to severely limited choices, or abundant “choices,” which in the end come down to superficially different brands of the same thing.

And what if Big Oil controlled our choices? Or the CIA?

Could the Internet ever be taken over completely by the wrong people?

One way to prevent this degradation is to vote with your feet. Show, with your clicks and your spending, that you support quality. Continue to patronize the sites that matter. If and when the big tech corporations do truly determine what we see, perhaps they will recognize that it is in their own interests to give freedom, guts and creativity a home.

If not, could we end up having to reverse “progress”? Will independent news sources be forced to return to printing as a way of getting their content out? These are the kinds of things we need to start discussing — now.