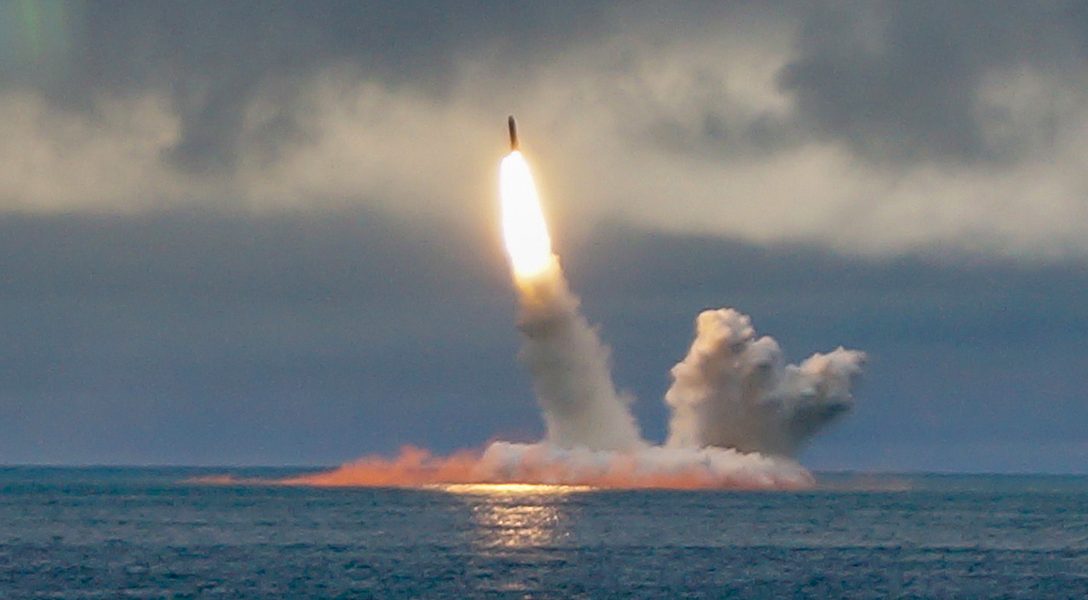 Just because something can be done does not mean that it should be. Case in point: a flying nuclear reactor, which sounds almost worse than the nuclear warhead at the business end of a conventionally powered missile.

Nevertheless, since they could provide projectiles with nearly limitless power to evade enemy defenses, miniature reactors may be the future in an intensifying global arms race, some experts say. The explosion of a Russian missile — alleged to be a Burevestnik nuclear-powered cruise missile — that spewed radiation in the Arkhangelsk region of Russia last month illustrates this.

Early reports of the accident, which killed at least five people, seemed like something straight out of the HBO series Chernobyl: a mysterious explosion at sea caused a radiation spike in a nearby town. Authorities alternately denied and confirmed reports, issuing evacuation orders and then canceling them.

Nearby international nuclear monitoring stations mysteriously went offline, having presumably been tampered with by the Russians, and radioactive debris washed up on the shores of the White Sea. Isotopes detected in the air following the blast strongly suggested that a nuclear reactor had exploded.

A month on, no further reports of a significant ecological disaster have emerged, and Putin even recently made a tongue-in-cheek offer to sell the missile to the US. That was a response, in part, to a boast by President Trump that the US had similar but better technology.

The United States is learning much from the failed missile explosion in Russia. We have similar, though more advanced, technology. The Russian “Skyfall” explosion has people worried about the air around the facility, and far beyond. Not good!

For many pundits, the exchange made their hair stand: a railroad-car-sized American prototype of the flying reactor idea, known as Project Pluto, showed technological promise in the early 1960s but was then deemed too toxic and expensive to develop further.

Recalling this experience, some observers doubt that a nuclear-powered missile was involved in the recent accident, saying that a different piece of military nuclear equipment may have been tested instead.

“It was even too crazy for the Cold War Atomic Energy Commission to consider, which means it was really far out there,” Edwin Lyman, the acting director of the Nuclear Safety Project at the Union of Concerned Scientists, told Live Science. “That is why so many people were surprised when Putin declared they were doing it again.”

Others, however, counter that contemporary designs can overcome many of Project Pluto’s problems.

“The Russian military sees the Burevestnik mainly as a carrier for nuclear weapons and that their effect would pretty much outweigh any contamination by the reactor,” Fabian Hinz, a researcher at the James Martin Center for Nonproliferation Studies in California, told WhoWhatWhy.

“There is no point in developing such an elaborate missile for its explosive head to contain only a few tens of [kilograms] of TNT,” added Raphael Ofek, a nuclear technology expert at the Begin-Sadat Center for Strategic Studies in Israel.

While Project Pluto’s reactor was a primitive and bulky “open-cycle” design, meaning that air came in direct contact with the nuclear fuel and was heavily contaminated by it, Russian scientists reportedly are exploring “closed-cycle” technology that does not allow air to touch the radioactive rods. Besides, with the help of scientific progress, we could be talking about a tiny reactor that is 1/100,000th the size of the one at Chernobyl.

Ofek has previously published a detailed analysis of the accident, in which he argued that a molten salt reactor powered by “a saline state” of plutonium-239 — an alternative nuclear fission fuel to uranium — may have been responsible for the August 8 accident.

In a subsequent email to WhoWhatWhy, he estimated the amount of nuclear fuel present in the exploded missile to be “on the order of a few [kilograms], and probably even less than one [kilogram].” (In contrast, one of Chernobyl’s reactors contained about 190 metric tons of uranium fuel.)

The Long History of Near Disasters Involving Nukes

“Moreover, the Russian cruise missile is hypersonic (reportedly supposed to reach 20 Mach speed). Therefore, the amount of fallout emitted by the missile at any point passing it is extremely minimal.”

It may be that, as skeptics have argued, the Russian leadership is seeking to inflate its public image by boasting of technology it doesn’t have. But, with a new global arms race underway, we may see lots of scary new death machines in the future.