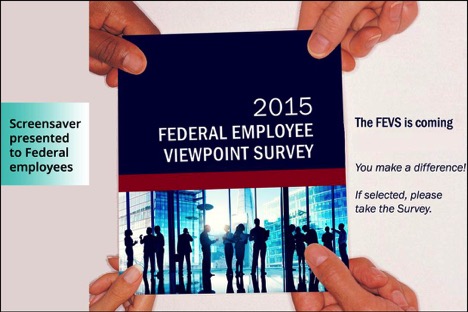 Houston Does Not Have a Problem

It’s more satisfying to drive a car around Mars looking for water than to idly sit by and watch a bunch of oligarchs dismantle the federal campaign finance system, a survey of more than 400,000 government workers has shown.

While that may sound like a story from The Onion, it’s actually one of the findings of the massive 2015 Federal Employee Viewpoint Survey that the Office of Personnel Management (OPM) conducted. The purpose was to find out whether or not government workers enjoy their jobs.

As it turns out, federal employees are slightly more satisfied overall this year (60 percent) than last (59 percent). Thanks to the massive sample size, OPM Director Beth Cobert assures the public that such a small change is “statistically significant.”

“That score tells us that employees are more satisfied with their jobs, their pay, and their organizations and that they are more likely to recommend their agency to others,” Cobert wrote in a post on her “Director’s Blog.”

The key findings are that it apparently does take a rocket scientist to be very happy at a government job. Among large agencies, NASA employees are the most satisfied with their work; 76 percent enjoy what they are doing. They were, however, not eager to respond — only 59 percent of them did, compared to over 80 percent for other agencies. One possible conclusion: It’s more fun to shoot stuff into space than to fill out government surveys.

Notably, every one of the 31 people working for the Chemical Safety and Hazard Investigation Board responded – most of them to say that they are not happy. The small agency had the second least satisfied staff (36 percent).

Only the employees of the African Development Foundation, with a global satisfaction rating of 18 percent, hated their jobs more.

It should be noted that OPM itself had a lower response rate from its employees than did several other agencies from theirs — a fact not pointed out on Director Cobert’s blog. It should also be pointed out that the government-wide number of responses is given as 421,748, while the number of responses from “large agencies” is listed as 841,043 — not the kind of math that inspires confidence in the results of the survey.

The Federal Mediation and Conciliation Service topped all agencies with 86 percent of employees expressing satisfaction with their work. One imagines that any malcontents at that agency would have no trouble finding a sympathetic counselor with whom to share their woes.

If nothing else, anybody studying the results will learn a lot about small agencies that hardly anybody knows exist but where employees seem notably happy (there might, of course, be a correlation).

In the top 10 most satisfying government places to work are agencies such as the Office of Navajo and Hopi Indian Relocation (75 percent), the Federal Retirement Thrift Investment Board (73 percent), and the National Endowment for the Humanities (78 percent).

Of the more well-known agencies, the Federal Election Commission scores lowest (43 percent). Apparently, doing nothing while oligarchs drive trucks with money through loopholes the Supreme Court punched into campaign finance laws is not very rewarding. Since the Citizens United decision was handed down, the job satisfaction at the FEC has declined by 25 percent.

The biggest drop came at the aforementioned African Development Foundation, where the job satisfaction plunged 31 percent. However, it must be noted that the sample size was small, and that results were not available in 2012 and 2013. It is unclear whether nobody responded in those years or whether OPM forgot (to survey) that agency.

Among the larger agencies, the Office of Management and Budget saw the biggest gain in satisfaction (9 percent to 75 percent), followed by the Department of Housing and Urban Development (6 percent to 57 percent).

Bringing up the rear among the large agencies is the Department of Homeland Security. Here, job satisfaction has decreased steadily from 62 percent in 2010 to 47 percent now (it’s probably taxing to deal with the numerous complaints about airport shoe-removal).

Not surprisingly, results for the National Security Agency (NSA) were not listed separately. But then it stands to reason that no NSA employee in their right mind would participate in an “anonymous” survey.