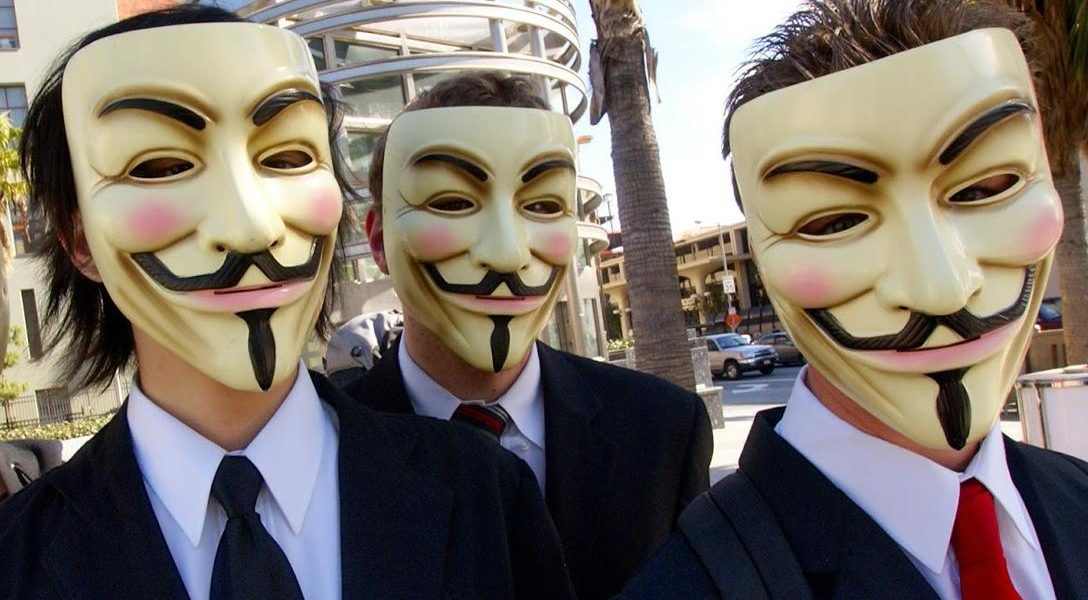 Here’s something sure to raise “hackles” in corporate boardrooms everywhere: The hacker collective Anonymous is marching in cities around the world today in the name of a free Internet.

The more than 600 events scheduled coincide with Guy Fawkes Day, an English holiday that animates the plot of the popular anti-tyranny movie V for Vendetta. Guy Fawkes was a notorious rebel who tried to blow up the English Parliament in 1605.

The Free Flow of Information: Unstoppable

“This year you are invited to stand against censorship and tyranny, corruption, war, poverty,” Anonymous said in a video on the Million Mask March website. “Millions will unite around the globe on the 5th of November to make their voices heard and let the various governments of the world know that they’ll never stop the free flow of information.”

Most of the events will be held in the US and Europe. In London protesters will gather outside the Ecuadorian embassy, where Wikileaks founder Julian Assange has found temporary refuge from prosecution. Hacktivists see his prosecution as payback for his making public vast numbers of top-secret files. Another major demonstration is planned for Washington, DC.

Others actions are scheduled for remote areas like Greenland and even, purportedly, scientific stations in Antarctica.

Only a handful of events are planned in countries like Russia and China, which have a history of dealing harshly with protesters.

The Million Mask March website warns marchers to be prepared for government counter-measures.

“Don’t risk your safety. Depending upon your country, if you believe you must go with superhero costumes, flowers, peace signs and pink sunglasses, do it,” the site states. “Go with a buddy. Keep your cameras on, and never surrender your camera.”

“Governments Don’t Work for the Interest of the People”

While advising caution, Anonymous frames the rationale for the Million Mask March in the starkest terms.

“It must be clear by now that governments don’t work for the interest of the people, but for big banks and corporations,” the hacker collective says in the video. “Do you or your children really want to live in a world where the government spies on its own citizens and sees you as a potential terrorist or criminal?”

Anonymous also announced that it would release today the names of KKK members that it gathered from hacked websites and databases. This would be the group’s latest high-profile action.

Anonymous is credited with dozens of “hacktivist” activities — against a wide range of government and private entities that rouse its ire. Previous targets have included the governments of the US and Israel, the Church of Scientology, child pornography sites, major corporations and the rabidly anti-gay Westboro Baptist Church.

The hacker collective sees the Internet as “one of the last truly free vessels that we the citizens have access to” and it has come out against what they view as harmful to that freedom. This includes government initiatives such as the Stop Online Privacy Act, the Cyber Intelligence Sharing and Protection Act, and the Trans-Pacific Partnership.

Readers, tell us what you know about this “action” — and what you think of it. Share your thoughts in our Comments section below.