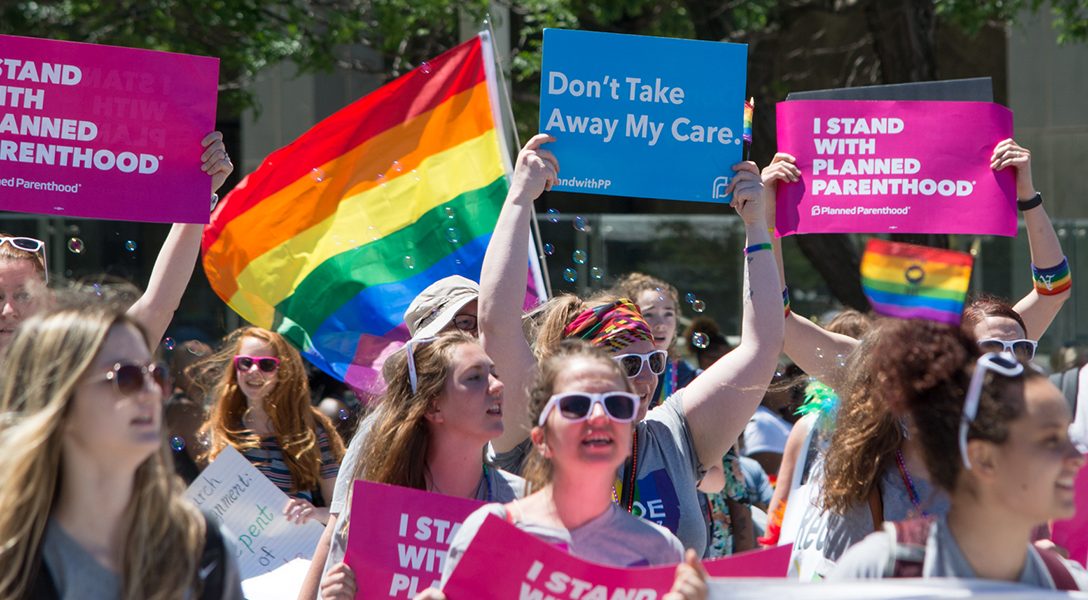 What Will Happen If Abortion Legislation Is Turned Back to the States?

Justice Anthony Kennedy’s resignation from the Supreme Court in June has suddenly intensified concerns for pro-choice advocates. With President Donald Trump’s second SCOTUS appointment, and his rhetoric on the campaign trail, many fear a return to pre-Roe v. Wade days.

While the high court should see a more solid 5-4 conservative majority soon, a full overturn of Roe v. Wade remains unlikely. But SCOTUS action could still compromise a woman’s right to choose to the point of rendering it infeasible.

For Americans living in states that limit abortion, this grim scenario is already a reality. And a more conservative Supreme Court will likely prompt even more state restrictions on abortion providers. Blue states, meanwhile, are already scrambling to tie up loose ends, rushing to repeal old laws on their books that banned abortion yet have been ignored since Roe declared it legal in 1973.

At the same time, a change in how abortion is medically administered means abortions are likely to keep happening — regardless of what federal judges rule.

The availability of drugs that can safely terminate an early-stage pregnancy at home has changed the landscape for women seeking an abortion. In many cases, women can order the medications from websites and use them without the need to visit a health care provider. With this is mind, a question arises: How much will it matter if the Supreme Court limits or overturns Roe v. Wade, and abortions become either illegal or highly restricted in certain states?

A hostile Supreme Court ruling will make an unwanted pregnancy “so much worse for more and more people,” said Megan Donovan, senior policy manager for the Guttmacher Institute, a research and policy organization involved with advancing sexual and reproductive health and rights. “The impact will be felt hardest by people who are already disadvantaged in their access to healthcare and reproductive health — those on low incomes, people of color, and the young.” Restricted access to family planning information and services is already a reality in some parts of the country, Donovan added.

“Where you live already determines the availability of abortion services,” she said. “Certain states have laws prohibiting abortion on their books that would kick in as soon as any federal ruling against abortion is given.”

For example, Indiana’s Senate passed a law forcing women to have an ultrasound scan just before a planned abortion. But federal courts ruled against it, calling the extra step “an undue burden.” If the courts begin to allow this kind of restrictive action at the state level, many more women would seek an alternative to clinics, such as buying their drugs online.

While a far cry from the old-fashioned horror stories about rusty coat hangers in back-alley clinics, how safe is a modern medical abortion, in reality? Currently, a dose of two drugs is given in the first 9–10 weeks of the pregnancy — first, mifepristone at the clinic, followed a few hours later by misoprostol, which the woman takes at home.

“Home-administered medical abortion is generally very safe and effective,” Donovan said. “A well-documented history of patients receiving the drugs through a medical practitioner supports this.”

There is a catch, however.

“Mifepristone is over-regulated, which means it can only be dispensed by certain providers,” she said. “When people access the drugs on their own, they take misoprostol alone, which is less effective.” But Donovan emphasizes that misoprostol alone is still a safe option with an 85 percent success rate. “WHO (the World Health Organization) recognizes misoprostol alone as appropriate if the other over-regulated drug is not available.”

Some states are taking action to preserve access to services in advance of the president’s second SCOTUS appointment. Massachusetts repealed some ancient laws this month, in the Negating Archaic Statutes Targeting Young Women, or “NASTY Women” Act. (The measure takes its name from Trump’s insult to Hillary Clinton in the final debate between the candidates before the 2016 election.) The NASTY Women Act struck down a centuries-old state ban on the use of contraception by unmarried women. It also halted criminalization of the distribution of contraception, and repealed a requirement that abortions be performed in a hospital after the first trimester. Republican Governor Charlie Baker signed the act into law last week, a follow-up to a law protecting access to free contraception that he signed last November.

So where does this patchwork of state and federal legislation leave those in need of abortion?

Donovan told WhoWhatWhy that the first, and best, plan of action is to maintain the status quo of access to information, contraception, and clinicians.

“Clinical access needs to be protected and preserved, especially in light of the threat that a change in the Supreme Court offers,” Donovan said.

And if clinics are outlawed? Donovan believes that knowledge is power.

“We need to be focusing on giving people all the information they need to self-manage their abortion for whatever reason, be that for increased privacy, or due to a more restrictive legal situation. It is up to us as a society and community to be protecting access to all the safe and effective options for an abortion.”

The ACLU maintains that a woman’s right to choose is a civil liberty, and more than half of America agrees, with the Pew Foundation pinning support at 57 percent. While the will of the people on this issue might be at odds with the trajectory of the highest court in the land, both sides — for and against a woman’s right to choose — are digging in deep for a fight that will likely transcend federal law.