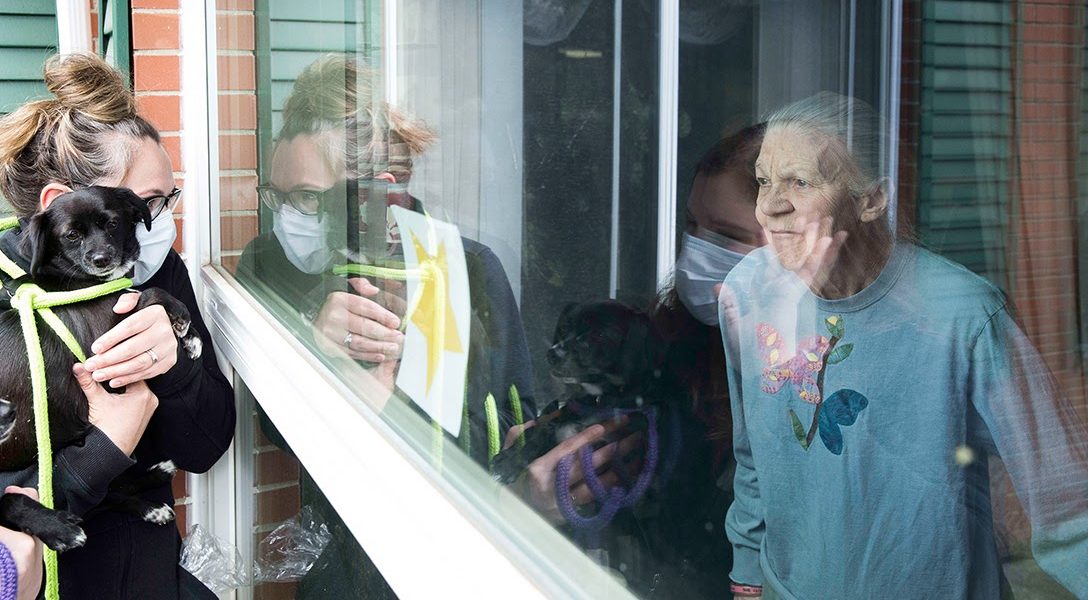 Nursing Home Owners Get a Free Pass on Pandemic Accountability

States with the highest numbers of nursing home deaths are offering the nursing home industry the greatest freedom from accountability.

A vastly disproportionate number of US COVID-19 infections and deaths occurred in nursing homes and long-term care facilities. Staffers, clients, and their families have alleged negligence against healthcare administrators for failing to implement effective testing and infection control or safety protocols.

But some states, in particular New York, have offered blanket liability protection, shielding healthcare corporations from legal action, a move that experts say will compromise patient care and safety during the pandemic, and/or set a troubling precedent for the future.

In April, the governors of New York, Massachusetts, and North Carolina issued emergency legislation granting legal immunity to nursing home corporations, preventing residents and their families from filing suit for deaths or health complications that resulted from contracting COVID-19 in long-term care facilities.

This legislation does make an exception for cases in which there is documented gross negligence or willful misconduct. But this is a heavy burden of proof to place on residents and their families or loved ones, especially given that family members are prohibited from visiting the facilities during outbreaks. What’s more, the standard legal requirements for record keeping in these facilities have also been temporarily relaxed by these emergency laws, not uncommon during a public health crisis. But without accurate records and without visitors to report on conditions, sick residents have no recourse whatsoever.

Legal experts find the emergency legislation troubling. Nursing home residents “are the most vulnerable members of our society,” said John Hickey, a prominent Miami trial attorney. “We should be raising the standard of care. The effect of … [legal] immunity [for healthcare corporations] is to lower the standard of care.”

Hickey can speak with authority on the issue. He sits on the Florida Bar’s Board of Governors and has particularly acute insight into corporate motivations: Before representing plaintiffs, he spent 17 years defending corporations in liability lawsuits.

In truth, even before the COVID-19 outbreak, health violations in nursing homes and the lethal risks these pose for inhabitants were well-documented. The pandemic has only exacerbated these issues, multiplying their tragic consequences.

For example, a 2019 study by the US Government Accountability Office reports 82 percent of nursing homes have been cited for hygiene and infection control problems that include insufficient training and supplies for staffers, a lack of consistent protocols and procedures for testing and treating infectious diseases, and facilities that are poorly maintained and over capacity.

The Centers for Disease Control and Prevention (CDC) also report serious problems in quality of care in these facilities. CDC finds in an average year, one to three million inhabitants of US nursing homes and long-term care facilities contract a serious infection, leading to 380,000 deaths. With the emergence of COVID-19, these risks have increased dramatically.

In April, after the World Health Organization (WHO) declared the COVID-19 outbreak a pandemic, the Centers for Medicare and Medicaid Services (CMS) and the CDC issued a series of guidelines for inpatient care facilities addressing testing, hygiene, isolation, and appropriate applications of, and standards for, personal protective equipment. Many facilities failed to implement these protocols, or to consistently enforce them, effectively ensuring that they would become mass incubators of disease.

Despite media reports of escalating COVID-19 cases in China and Europe, even before the WHO declaration, facilities failed to prepare for a potential virus outbreak earlier in 2020.

“Nursing homes did not take proper steps in the beginning,” Hickey said. “They should have instituted tighter infection control measures. Nurse’s aides were coming in contact with many patients, not wearing PPE (personal protective equipment), and then taking public transportation.”

Such laxity has severe consequences.

According to the most recent statistics, 45 percent of US coronavirus fatalities have occurred in nursing homes or long-term care facilities. This does not include individuals who have died outside of these facilities, but were infected after coming into contact with staff or occupants of these facilities who were carrying the virus.

New York currently leads the nation in sheer number of nursing home deaths, followed by Massachusetts. New York also goes furthest in granting blanket immunity from liability to healthcare facilities by executive order and emergency legislation (Article 30-D of the Public Health Law), that can only be lifted by the governor ostensibly when the crisis ends. Massachusetts is offering protections that are nearly as sweeping.

These blanket protections are not the norm. During public health emergencies, it is not uncommon for states to extend immunity from medical malpractice liability to frontline workers, who may be forced to provide care under exigent circumstances. New York Gov. Andrew Cuomo (D) claimed he was granting immunity to protect frontline workers. His executive order and emergency legislation, however, grant immunity to corporate administrators, executives, board members, and trustees — decision makers far removed from the demands, dangers, and crises of the frontline.

That’s troubling for many reasons. What’s more, according to Sharona Hoffman, it is a policy without legal precedent in the US.

Hoffman, a law and bioethics professor at Case Western Reserve University, co-director of the Law-Medicine Center, and professor in the School of Medicine, has worked at the CDC and published articles on public health emergencies and emergency preparedness. She finds Cuomo’s immunity provisions “suspicious” and troubling.

“There’s a precedent for [granting immunity] to frontline healthcare providers,” Hoffman said. During crises, hospitals have a flood of patients converging on them at once, and following normal operating procedures may become unfeasible. “But extending it to nursing homes is problematic.”

This is because giving long-term care facilities immunity from COVID-19 lawsuits erases public accountability and lowers the standards of care. Given the extent of health policy violations prior to the pandemic, this poses a very real threat to the health and safety of individuals who are dependent on their care and especially vulnerable to the virus.

Those effects are not just measured in the number of fatalities. Survivors of this virus, especially senior citizens or individuals who suffer from chronic health conditions, have already begun to suffer from long-term health issues, including negative mental health outcomes. “If you get bilateral pneumonia over age 60 or 70 and go on a ventilator, you have permanent health problems,” Hickey said. “It affects your ability to swallow, scars your lungs, [and] leads to PTSD.”

Compromised standards of care can lead to lifelong struggles for individuals.

The blanket immunity extended by Cuomo’s executive order and similar policies in other states could also have long-term consequences for the healthcare industry as a whole. According to Hoffman, “It would certainly set a precedent for future disasters. In the future, you can expect nursing homes to clamor for this protection.”

Given their incompatibility with public health and safety, it may seem surprising that state governments would introduce these policies at such a critical moment. It is less so when considering the financial ties between healthcare corporations and state government.

A blatant example of this is the state of Florida, which is now struggling with a dramatic uptick in COVID-19 cases. While Florida does not yet have an explicit immunity provision by executive order, Hickey says Gov. Ron DeSantis (R) is also treating nursing homes with kid gloves: “Sixty percent of [Florida] nursing homes are not in compliance [with regulations]. The nursing home industry is big and they have lobbyists. It all comes down to money, allocation of resources, and if they’re going to cut into their profits.”

Topping campaign donor lists is the Greater New York Hospital Association (GNYHA), one of the largest lobbying groups in New York state. GNYHA, which represents hospital systems (some of which own nursing homes), donated more than $1 million to the New York State Democratic Committee in 2018, which backed Cuomo’s primary run.

Aside from huge campaign donations, GNYHA has other ties to Cuomo. David Rich — senior executive at GNYHA in charge of government affairs, communications, and public policy — has a personal and professional relationship with the Cuomos, as a legislative assistant for former Governor Mario Cuomo (Andrew’s father).

Other political loyalties may be at play as well. Gov. Cuomo has received campaign contributions from medical liability insurance companies and medical groups representing doctors and nurses.