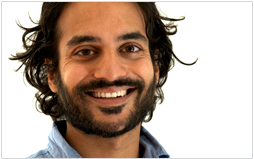 With the limitations of the American health care system obvious to everyone, why not try something new? The Freelancers Union, a fast-growing nationalentity serving the one in three adult Americans who now work freelance, has added an innovative twist to the reasonably-priced health insurance it already offers to members who are located in the New York City area. If this works, look to see it tried around the country.

Obviously, for this to work, the union and its insurer must save enough money elsewhere to make up the cost of the co-pays. According to the Freelancers Union and their insurance company, which is affiliated with Blue Cross/Blue Shield, that’s exactly what they expect to happen: “It’s rare for doing good to align with financial benefits,” said Dr. Neil Patel, who runs the new medical practice, called Freelancers Medical.

Basically, the idea is that a more flexible, more humane, and more responsive medical practice is actually a money-saver. If primary care physicians are more attentive to the needs of patients, and more emphasis is placed on prevention, the thinking goes, insurers’ outlays to expensive specialists will drop.

This idea is reminiscent of what large Health Maintenance Organizations once promised—before cost-cutting took its toll. But there’s one huge difference. Unlike the HMOs, the Freelancers Union health plan does not require that primary care doctors serve as gatekeepers. Plan members can see specialists without a primary care doctor’s approval or referral.

The first Freelancers Medical office opened recently in downtown Brooklyn, and I went over the other day during an Open House and joined in a group discussion with the principal caregiver and others involved.

The operation still feels a little rough around the edges as if they were figuring out things as they go. But for members of Freelancers Union who enroll in Freelancers Medical during an open enrollment period (one just closed, but there will be more), here are the basics:

You must make Freelancers Medical your primary care doctor—no double-dipping with your old doc.

There is no limit to the number of free visits in a year.  In fact, members are invited to hang out in the homey waiting room, as they might at a cozy coffee house, with free iPads and WiFi provided.

The pleasant and cheerful “consultation rooms” are a vast improvement over the standard creepy examining rooms.

For now, the hours are typical of most doctors’ offices— Monday, Tuesday, Wednesday and Friday, 9-5, Thursdays 1-8. In the future Saturday hours may be added and evening hours expanded. (Of course, true freelancers may find traditional working hours just fine.)  Freelancers Medical is already talking about a possible second location on Manhattan’s Upper West Side.

There’s no charge for drawing blood for tests, though you do pay the routine fees for outside lab work.

Dr. Patel expects that patients will be able to make same-day or next-day appointments. Right now, he’s the only doctor, but he estimates that the practice could handle 5,000 patients with a second physician and the current nurse-practitioner who carries some of the load.

Another innovation being offered: shared medical visits, as an alternative or supplement to normal one-on-one doctor appointments. In this arrangement, a small group meets in a roundtable setting with a doctor, to discuss general wellness or specific issues, such as dealing with stress or repetitive use injuries, that might be shared by the group. The idea is to deliver important health care information in a more efficient way in order to optimize—and maximize—“face-time” for both doctors and patients.

Since wellness is a big part of the health-care equation, the office has a nutritionist on staff –not a credentialed dietician, but someone knowledgeable about healthy eating. Cooking classes will be offered as well. Also on staff is a “health coach,” whose job is to advocate for patients while helping them navigate the medical system. Members are invited to use the on-premises yoga studio, and there are plans for adding acupuncture.

In another “first,” patients will be encouraged to contribute to their own medical records—electronically. This is intended as an antidote to the feeling many of us have that our doctors don’t always hear what we say.

Freelancers Medical hopes to set the standard for medical “best practices” nationally. “I want to raise the bar for others,” says Dr. Patel, who has some experience with medical-care-delivery innovation. He’s involved with a parent entity called Iora Health, a Cambridge, Massachusetts-based startup that provides primary care to employees of Dartmouth College and to unionized casino workers.

Under the model he champions, everyone is supposed to gain: patients are healthier, insurance companies pay out less, and doctors get to spend more time doing the kind of humane medicine that probably attracted them to medical school in the first place.

Patel and his colleagues project a sympathetic openness. Whether this reflects a honeymoon period or if they’ll always be this pleasant under greater pressure remains to be seen. For now, they insist that they’re really, truly, open to input. Of which, one assumes, there will be plenty.