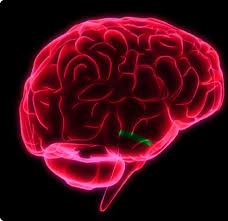 Study finds connection between being Born Again and Memory Loss

A new study from Duke University researchers concludes that the Born Again experience may be connected in some way with shrinkage of a part of the brain, possibly caused by stress.

“Hippocampal atrophy” involves the deterioration of the brain segment involved with retention and retrieval of information. In other words, short term and long term memory (plus the ability to navigate.)

Significantly greater hippocampal atrophy was also observed from baseline to final assessment among born-again Protestants, Catholics, and those with no religious affiliation, compared with Protestants not identifying as born-again. These associations were not explained by psychosocial or demographic factors, or baseline cerebral volume. Hippocampal volume has been linked to clinical outcomes, such as depression, dementia, and Alzheimer’s Disease. The findings of this study indicate that hippocampal atrophy in late life may be uniquely influenced by certain types of religious factors.

Since the process of being reborn spiritually involves a kind of cleaning of the slate, of starting over, it somehow seems appropriate that it also involves a cleansing of memory.

This was of particular interest to me because in my book, Family of Secrets, I presented new documentation that George W. Bush may have been making a political calculation when he declared himself “Born Again.”  This from Chapter 19, “The Conversion”:

[W]ith his entry into Bible study, Bush was reinventing himself. It was a politically savvy idea, but, in truth, it was not his own. It appears that it was neither George W.’s Midland friends nor the Reverend Billy Graham who helped him see the light. It was Doug Wead, marketing man. Before Bush sought to establish his credentials with the religious right—during his father’s vice presidency—Wead had written the Bushes a memo stressing the potential political benefits of preaching to that particular choir…Wead wrote up everything he could think of about the evangelical movement—who they were, how they thought and why they thought that way, and how to cater to them…[Wead said] I hadn’t met W. yet, but he knew me because he was getting all these memos, and he was basically saying, ‘Dad, this is right. This is what people in Midland think. My born- again friends say this. He’s right.’ “When I finally met W., [he said] ‘I’ve read all of your stuff—it’s great stuff.’ He said, ‘We’re going to get this thing going.’ ”… Wead had warned the Bushes that they had to be careful how they couched their conversion story. It couldn’t be seen as something too radical or too tacky…

Putting aside the cynicism that may have been involved, it is certainly true that George W. Bush also faced a lot of pressure having to do with his business failures and his famed marathon partying activities. So it’s interesting to note Duke researchers’ speculation on what may be causing this pattern, as summed up by Scientific American:

The authors offer the hypothesis that the greater hippocampal atrophy in selected religious groups might be related to stress. They argue that some individuals in the religious minority, or those who struggle with their beliefs, experience higher levels of stress. This causes a release of stress hormones that are known to depress the volume of the hippocampus over time. This might also explain the fact that both non-religious as well as some religious individuals have smaller hippocampal volumes.

If this is correct, the Born Again experience may involve more than overcoming unpleasant memories—it may  erase memories of all kinds.  So when Bush claimed not to remember details of his military service, or about decisions he made regarding Iraq and other controversies, he might just have been telling the truth.

Please weigh in below. And keep it civil.