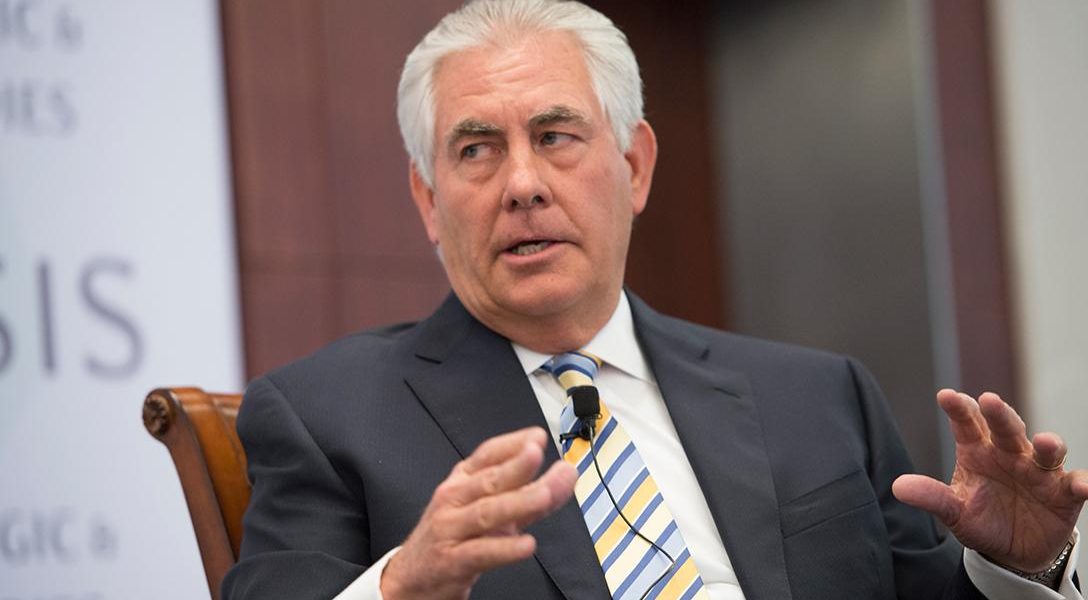 Even before the Senate Foreign Relations Committee grills Rex Tillerson about his close ties to Russia at his upcoming confirmation hearing, Donald Trump’s nominee for Secretary of State could find himself on a completely different hot seat.

A group of young people who are suing the federal government to force it to take aggressive action against climate change want Tillerson, the longtime ExxonMobil CEO, to reveal just when the fossil fuel industry knew about the warming of the planet — and what it did to obscure that reality.

In November, a court found that there is a constitutional right to a climate system that can sustain human life, that the federal government is responsible for preserving natural resources upon which human life depends and that the remedy suggested by the plaintiffs is appropriate.

Attorneys representing the young activists seek to compel Tillerson to testify by way of deposition on January 19, the day before Donald Trump is sworn in as the 45th president.

“Rex Tillerson is one of the most knowledgeable executives in the fossil fuel world on the role of his industry alongside our federal government in causing climate change and endangering my youth plaintiffs and all future generations,” said Julia Olson, attorney for the plaintiffs.

Olson, who is executive director of Our Children’s Trust, a group that seeks to give children a major voice in the fight to halt climate change, added, “We intend to use his deposition to uncover his and others’ culpability, on behalf of these defendants.”

As WhoWhatWhy reported previously, Exxon knew decades ago that the earth is warming and the devastating consequences this development could have.

As early as 1977, Exxon researcher James Black wrote in a memo to executives: “What is considered the best presently available climate model for treating the Greenhouse Effect predicts that a doubling of the CO2 concentration in the atmosphere would produce a mean temperature increase of about 2°C to 3°C over most of the earth.”

The company’s initial response to this information was to put more money into climate science research. Then, in the early 1980s, the budget for Exxon’s “CO2 Greenhouse program” was slashed and the company joined forces with groups that spent millions challenging the increasingly robust scientific consensus on climate change.

“We believe the evidence shows both ExxonMobil and the fossil fuel industry knew about the threat to our country posed by climate change and worked to encourage the federal government to enable emissions of more greenhouse gas.”

If the attorneys for the young plaintiffs get their wish, Tillerson will have to answer questions about these efforts.

“I was shocked when students at Columbia Journalism School uncovered ExxonMobil’s deep knowledge of climate change as early as the 1970s,” said Columbia University student Alex Loznak, who is a plaintiff in the case asking the federal government to take action. “What’s even more disturbing is that the federal government firmly knew about climate change in the 1950s. I look forward to working on our research team in the months ahead to establish the depth and breadth of the government and industry’s knowledge of climate danger before trial.”

The young activists have had some success on the state level and in the courts, as WhoWhatWhy reported. Following those victories, they sued the federal government, arguing that it had violated their constitutional rights to life, liberty and property by relying on a fossil fuel-based energy system in spite of being aware of the grave dangers it posed.

“We believe the evidence shows both ExxonMobil and the fossil fuel industry knew about the threat to our country posed by climate change and worked to encourage the federal government to enable emissions of more greenhouse gas,” stated Philip Gregory, counsel for the plaintiffs. “Mr. Tillerson’s testimony is crucial to understanding what the fossil fuel industry did to prevent the government from fully addressing this problem.”

The youth alliance has already won a key victory in federal court. In November, a court found that there is a constitutional right to a climate system that can sustain human life, that the federal government is responsible for preserving natural resources upon which human life depends and that the remedy suggested by the plaintiffs is appropriate. The youth alliance demands the implementation of a science-based national climate recovery plan.

“The youth of America need to know the truth on how companies such as ExxonMobil continue to use the government to cause horrific harm to our nation’s most vulnerable people,” Gregory added.

The case is expected to go to trial later this year. It will be interesting to see how the incoming administration handles the lawsuit. Trump has previously said that climate change is a hoax, and he has stacked his cabinet with fossil fuel supporters and climate change deniers.

One thing is certain: While lawsuits like this one (similar actions are being pursued all over the world) have received little attention from the media, TV news and the press will likely be drawn to visuals of youthful plaintiffs facing off in court against government lawyers and fossil fuel executives.