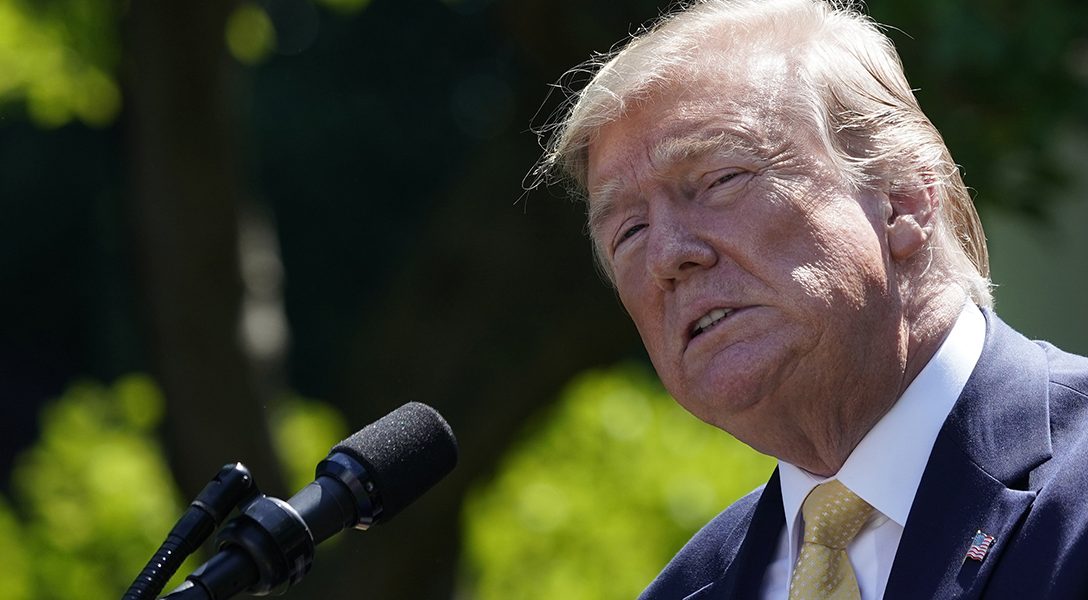 When President Donald Trump issued an executive order (EO) limiting the number of independent federal advisory committees last Friday, it didn’t make a big media splash. But the White House directive is the administration’s latest — and, critics charge, potentially most lethal — blow against agency expertise, diminishing the ability of federal workers to protect the public and the environment.

It requires agency heads to reduce the number of these committees of independent experts by at least one-third by September 30.

Advisory committees whose subject matter has become “obsolete,” or whose work is deemed completed, would be on the chopping block, as would panels whose costs exceed their perceived benefits.

“The deadline of September 30 is ludicrous, as is the assumption that one-third of all advisory committees are not needed,” Diana Zuckerman, president of the National Center for Health Research, told WhoWhatWhy.

While cutting back on independent expert advice to federal agencies may seem wonky and unimportant, such input has offered agencies access to expertise that exponentially increases their knowledge base, good-government advocates say. And since these panels must operate in the open, they help protect agencies from being manipulated by corporate special interests.

The Trump directive “further lobotomizes the federal agencies that are in the business of making expertise-driven policy decisions,” charged James Goodwin, senior policy analyst for the Center for Progressive Reform. This attempt to cut back on agency reliance on independent experts, he said, comes at a time when agencies already have been weakened and depleted by White House policies.

He referred to a “brain drain” at agencies triggered by White House efforts to censor agency scientists, to slash agency budgets, and to appoint agency heads with long-standing ties to the industries they monitor.

“If agencies do not have independent expertise to draw on, what are they left with?” Goodwin asked.

Betsy Southerland is one of those senior scientists who resigned from the Environmental Protection Agency (EPA) in 2017, appalled by then–EPA Administrator Scott Pruitt’s attempts to reverse the agency’s environmental policies. She warned that the directive carries another danger — secrecy.

“This Executive Order is designed to prevent government transparency and restrict public involvement in government work,” she explained in an email to WhoWhatWhy.

The White House said it was trying to ensure that government resources were used wisely. But that excuse doesn’t hold water, critics charge.

The less than $400 million annually spent on these advisors, Goodwin said, is so little that it represents a “rounding error of a rounding error” in the federal budget.

“You’re not going to balance the budget on this,” Goodwin stated.

Approximately a thousand panels of independent experts now advise federal agencies on a wide range of issues, many of them touching on how best to protect public health and safety, and the environment.

They help federal agencies deal with concerns as diverse as the safety of prescription drugs, the quality of our air, hospital outpatient fees, animal health, and biomass research.

The directive will limit the total number of “eligible” advisory panels to 350, but not all advisory panels are on the chopping block. The directive won’t touch panels created by statute or those advising independent federal agencies like the Consumer Product Safety Commission. Panels offering expert guidance on drug and device approvals also will be spared.

Nevertheless, many science panels remain in the crosshairs, including reportedly more than half of the EPA’s panels. At risk of elimination are EPA committees advising the agency on children’s health, and environmental justice.

More than half of EPA's science advisory committees could be vulnerable to repeal by the end of the fiscal year under an executive order released Friday. https://t.co/N8eBmCDQqf

Trump policies already had been making it more difficult for independent scientists to share their expertise with federal agencies. When he was EPA administrator, for example, Pruitt barred scientists receiving EPA grants from serving on panels.

But the Executive Order removes “the possibility of even making decisions based on robust science advice,” said Gretchen Goldman, research director for the Union of Concerned Scientists’ Center for Science and Democracy.

The White House has gone from trying to reduce the influence of independent science “by a thousand cuts” to “taking a knife to the jugular,” Goldman charged.

But this is more than an attack on science, Goodwin said. It’s a killer blow to the whole notion of agency authority to protect the public and the environment.

“The legitimacy of agency policies derives from the expertise that agencies bring,” he said. “When you strip expertise from this process, agencies are left as automatons,” essentially robots carrying out the political dictates of whoever has power — and of the special interests that lobby them.

He worried that, without the ability to rely on independent experts to assist in their work, agencies will be “unmoored from anything that could be perceived as objective.”

In 1971, Sen. Lee Metcalf (D-MT) contended that this secret “fifth arm” of government threatened democracy.  “Information is the important commodity in this capital,” Metcalf said. He warned about the influence of “special interest groups who are not subject to rebuttal because opposing interests do not know about the meetings — and could not get in the door if they did.”

Team Trump’s Hostility Toward Science Is No Hoax

FACA requires that when federal policymakers seek advice from outside experts and stakeholders, such as industry lobbyists, that the public is informed and has the opportunity to participate.

The panels established under FACA, Metcalf predicted, would restore to the public the two fundamentals of a democracy: “disclosure and counsel, the rights of people to find out what is going on, and if they want, to do something about it.”

But that doesn’t seem to be the case anymore, Goodwin said. “Things that are noncontroversial, even bipartisan, are up for grabs now,” he stated.

Goodwin also predicted that Congress, particularly House Democrats, will soon react. “I’d be very surprised if we didn’t have letters and oversight inquiries from various House committees,” he said.

Lawmakers may have a good case to object, according to longtime government-transparency advocate Patrice McDermott. In an email response to WhoWhatWhy, McDermott stated current law gives Congress the sole authority to review advisory panels.

“The White House,” she wrote, “appears to be overstepping its authority, and attempting to sideline Congress.”