The climate crisis is taking center stage, with deadly hurricanes, torrential rains, and wildfires blazing out of control, but it can be hard to grasp the jargon that accompanies a warming world. (“Carbon capture,” anyone?) In advance of November’s UN COP26 (see below), WhoWhatWhy has collected and clarified 14 of the terms you’re likely to see in coming months.

Greenhouse gases are control knobs on the Earth’s thermostat. Dispersed in the atmosphere, they absorb heat the planet emits in the form of long-wavelength radiation. To some extent, this is desirable: Without greenhouse gases, the Earth’s temperature would plummet, as it did in repeated ice ages, each spanning thousands of years. But human activities, especially the burning of fossil fuels since the advent of the Industrial Revolution, are causing skyrocketing levels of these gases, raising Earth’s temperature too rapidly and too high for many ecosystems and organisms, including humans. Levels of three gases — carbon dioxide, methane, and nitrous oxide — have risen most precipitously. Scientists are also keeping their eyes on synthetic greenhouse gases such as the refrigerants HFC and CFC and the electrical insulator SF6.

A chemist would tell you that carbon dioxide is simply one carbon and two oxygen atoms bonded together, gaseous at ambient temperature and pressure and without odor or color. The bad news is that it’s a greenhouse gas. Human activities release about 35 billion tons globally every year, of which 16 percent originate in the US. By far the largest human source of carbon dioxide is the burning of fossil fuels — coal, oil, natural gas, and other hydrocarbons — to produce heat, generate electricity, and fuel motorized transport. Other materials emit carbon dioxide in their manufacture as well: The trifecta of cement, steel, and petrochemicals account for roughly 20 percent of global carbon dioxide emissions. Preindustrial levels of carbon dioxide in Earth’s atmosphere stood at about 280 parts per million. Levels have since risen to 420 parts per million, higher than at any time within the last 800,000 years.

Methane, chemically CH4, is the major component of the natural gas that fuels the nation’s gas stoves and gas boilers. Suppliers add mercaptan to lend natural gas its signature rotten-egg smell, but methane itself is odorless. A molecule of methane traps about 80 times as much heat as a molecule of carbon dioxide over a 20-year period. Some methane is produced naturally when bacteria break down organic material, but most of the recent increase in atmospheric methane has been caused by human activities. Agriculture is a major source: Decomposing manure releases methane, and cows pass it as a digestive by-product. As landfilled waste decomposes, it also releases methane. Greater than even agricultural sources are the unintended emissions of the methane we pull directly from the ground, then transport, store, and burn as fuel. At each step, some of the gas escapes into the atmosphere due to imperfect machinery. Since preindustrial times, we have more than doubled atmospheric methane concentrations.

Anthropogenic, or human-made, describes human activities that alter the climate, as opposed to natural climate-meddling events such as solar cycles or volcanic eruptions. Way back in 1859, the Irish physicist John Tyndall proved that atmospheric carbon dioxide traps the Earth’s heat. Since then, scientists have found several smoking guns that reveal our role in raising carbon dioxide levels, from tree-ring and ice-core data showing the chemical fingerprints of fossil fuel-based carbon dioxide to computer simulations that confirm observed global temperatures only when human interference is taken into account. Anthropogenic activities are affecting Earth’s ecosystems so noticeably that scientists coined the term Anthropocene to mark the current geologic age, superseding Holocene. The term hasn’t been sanctioned officially by the relevant organizations but is being proposed for approval this year. 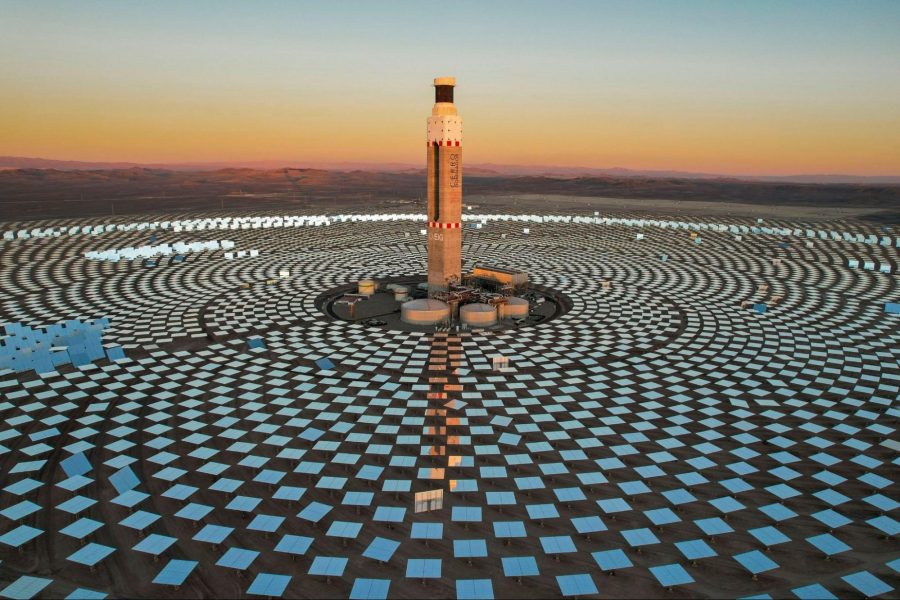 Companies of all industrial and commercial stripes have made pledges to transform into “net zero” operations by some date, typically in the mid-2040s or 2050s, by which time they’ll stop adding to the total amount of greenhouse gases in the atmosphere. They can achieve net zero by not emitting these gases at all, but more common is a strategy to remove them from the air to compensate for any residual emissions that are more or less baked into running a particular business. United Airlines, for instance, plans to increase use of synthetic fuels manufactured by pulling carbon dioxide out of the atmosphere. When burned in an aircraft engine, these fuels release the same amount of carbon dioxide that was initially removed, so, on balance, they don’t add to the total amount of carbon dioxide.

Nature-based ways to remove carbon dioxide from the atmosphere are to plant trees, restore wetlands, and adjust farming practices, but it’s difficult to pin down how much carbon these natural sinks can sequester, and it’s tricky to maintain them properly. Technology-based solutions come in two flavors, or maybe two and a half. Carbon Capture and Storage (CCS) filters attach to industrial smokestacks and separate carbon dioxide from other flue gases; the carbon dioxide is then stored, ideally forever. Somewhat related is Carbon Capture and Utilization (CCU), the process of capturing carbon dioxide and recycling it into, say, plastics, concrete, or biofuel. Direct Air Capture (DAC) projects are stand-alone filters that grab carbon dioxide directly out of the air. The gas is then either stored underground or sold for reuse, for example to make urea fertilizer. More and more DAC projects are coming online. Critics of carbon capture point out that it doesn’t focus enough on lowering carbon dioxide levels, and they’re concerned that stored or reused gas will eventually make its way back into the atmosphere.

With a cap-and-trade program, governments use market incentives to reduce greenhouse gas emissions. Based on its climate goals, a government fixes the total amount of carbon dioxide an industry may emit. This upper limit is the cap. Out of the total, each company is allowed to emit a certain amount, packaged in 1-ton units of carbon dioxide. Units are tradable, and the carbon market determines the price. Companies that reduce emissions below their allowance can sell their excess units to others that have polluted past their limit and would otherwise face a tax penalty. The US used a cap-and-trade system to reduce acid rain caused by sulfur dioxide emissions. Eleven states currently participate in regional cap-and-trade programs for greenhouse gas emissions. But carbon markets require careful oversight: An international carbon market set up by the United Nations in 1997 collapsed after widespread abuse, and the European Union’s carbon market needed the government to set market prices after they dropped to $12 per ton of carbon dioxide emitted, too low to seriously discourage emissions.

A carbon tax can be imposed on each ton of emitted greenhouse gas or on goods and services that are carbon intensive. A comparatively easy option is to tax companies that provide oil, gas, or coal. The incremental cost then passes on to all users of fossil fuels and spurs them to reduce consumption, switch to renewables, or pursue other environmentally friendly substitutes. Carbon not released as carbon dioxide — embedded in plastics, for example — is not taxed. Finland, Sweden, and Norway have been taxing carbon since the early 1990s, and today each emitted ton comes at a cost of about $70. Although no national policy exists in the US, Boulder, CO, became the first municipality to levy a carbon tax on its electricity providers. It has reduced annual carbon dioxide emissions by some 100,000 tons and brings the city about $2 million in yearly revenue. A 2017 study suggests that a US-wide tax of $45 per ton emitted could raise $2.2 trillion over 10 years.

The IPCC is a United Nations body meant to give a comprehensive picture of what we know about the physics and impacts of climate change. It was created in 1988 and has 195 member countries. The IPCC doesn’t run experiments itself but instead reviews scientific literature and compiles what it finds in assessment reports generated by thousands of scientists who have volunteered to review thousands of studies. The results not only inform policymakers about the current state of climate change but also suggest ways to deal with it. The IPCC’s work earned it the 2007 Nobel Peace Prize, shared with former US Vice President Al Gore. 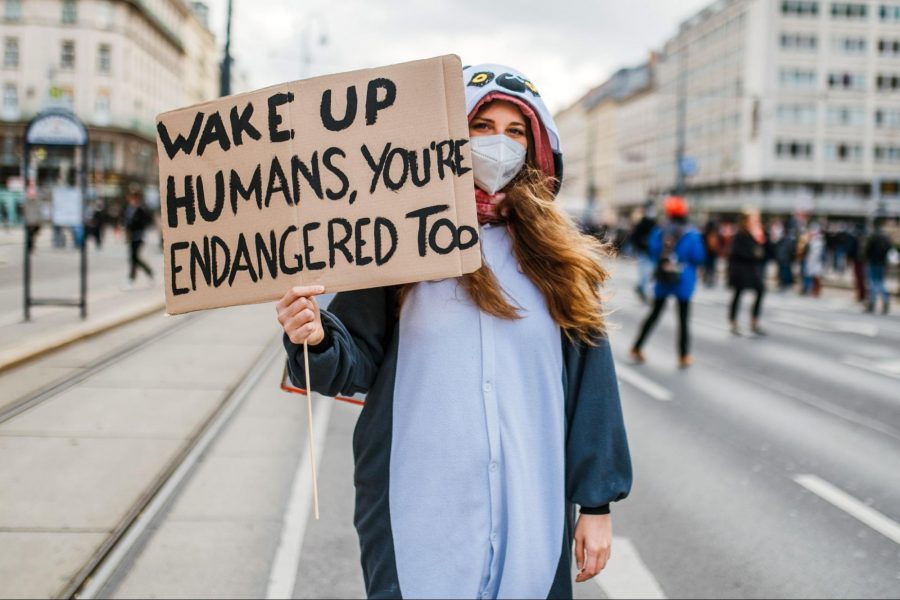 Among famed UN treaties, the Paris Agreement is near the top of the list. It is international, legally binding, and was signed by 195 nations in 2015, with the central aim of limiting the increase of global average temperature to well below 2 degrees Celsius above preindustrial levels, the period from 1850-1900 when near-global temperature records started being kept. “Well below” remained undefined in the document, but nations further pledged to try to limit warming to 1.5 degrees Celsius if at all possible, as was recommended by experts in the run-up to the drafting of the agreement. Such temperature limits are seen as a rough buffer rather than a bright line separating safe temperatures from unsafe. That said, a half degree makes a huge difference: The IPCC estimates that aiming for the lower limit could “reduce the number of people both exposed to climate-related risks and susceptible to poverty by up to several hundred million by 2050.” Parties to the agreement issue formal pledges to reduce national emissions by a specified amount. To hit the 1.5 C target, global emissions need to fall by 45 percent by 2030 and reach net zero by mid-century. The pledges currently on file miss the mark.

The United Nations Framework Convention on Climate Change is one of three legally binding UN conventions that opened for signature at the Rio Earth Summit in 1992. UNFCCC, which aims to prevent dangerous human interference with the climate, has been ratified by 197 member countries. (One of the big climate treaties the convention negotiated was the Paris Agreement.) Members, also called Parties to the Convention, report regularly on their climate change policies and each year inventory their greenhouse gas emissions. The Conference of the Parties oversees the implementation of the convention, and its 26th meeting, COP26 for short, is scheduled for November 1-12 in Glasgow, UK.

Take a spring and pull it gently. Upon release it will contract back to its original shape. But pull it too far and it will deform, and when released will come to rest in a new stable position. Tipping points are the threshold past which a system is pushed into assuming a new normal. Climate change can trigger these tipping points for various ecosystems. The Atlantic Meridional Overturning Circulation, for instance — the currents that exchange heat between the equator and the northern Atlantic — has weakened by 15 percent since the mid-1900s, and scientists are debating at what point it might be destabilized enough to collapse completely. Without heat transfer between Atlantic latitudes, scientists expect substantial cooling of the northern hemisphere, changes in tropical rainfall, more frequent winter storms over Europe, and additional sea level rise around the North Atlantic basin. Once a tipping point has been triggered, the new status quo may take millennia to arrive but is generally regarded as irreversible.

The destruction caused by climate change is not borne equally by communities. Climate justice seeks to ensure that those in need of aid are not being left behind — especially because the hardest hit communities are often those least responsible for the carbon emissions that drive rising temperatures. Isle de Jean Charles, an island off Louisiana’s coast whose residents are of Native American ancestry, provides an example of how climate justice may be administered and how broad the need can be. More than 98 percent of the island has vanished into the Gulf of Mexico due to erosion, storms, and rising sea levels. The community is now receiving federal help to relocate farther north, and the process must not only ensure the physical safety of the residents but also try to preserve their cultural ties to the land left behind. Climate justice might also mean making sure that disadvantaged communities saddled with polluting industries can transition toward renewable energy, and that they benefit from the new jobs such a transition can bring.