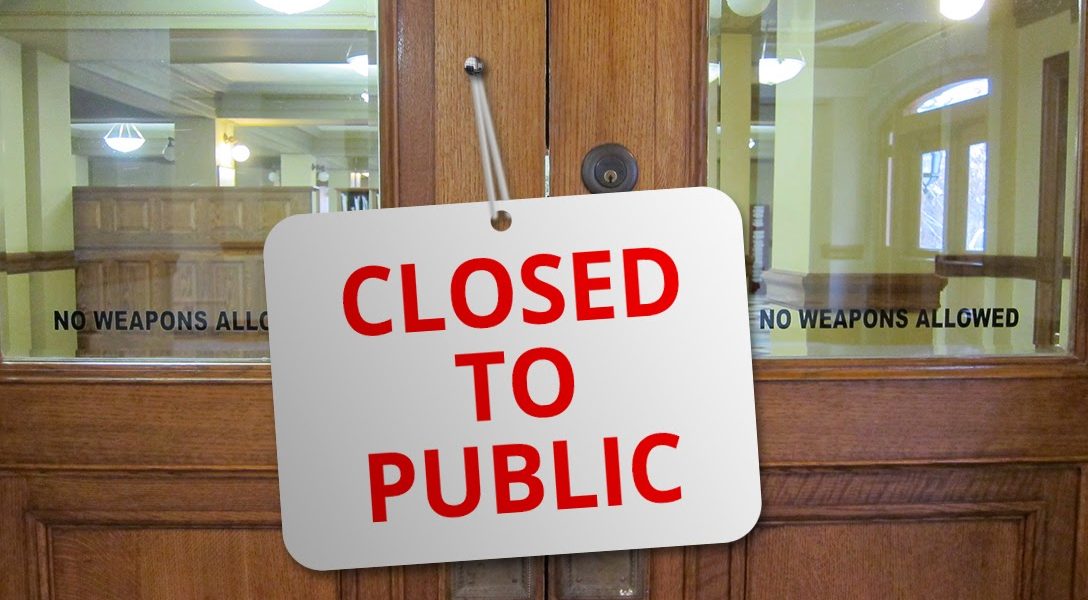 If the deadlines for public comment are not extended, Americans will lose their right to be heard. Photo credit: Erik Madsen / Flickr (CC BY 2.0)
Environment Government Integrity Health & Medicine

As these words are being written, the clock is ticking on comment periods on a number of crucial proposals from the Trump administration — rule changes that could jeopardize public health and safety, and the environment.

Whenever the Environmental Protection Agency, Occupational Safety and Health Administration, or any of the federal regulatory agencies charged with implementing various environmental, health, and safety laws propose rules to protect Americans from specific hazards, they’re legally required to give stakeholders and the public at large a chance to comment on their proposed rules. More than that, the agencies are required to genuinely consider and even address those comments — not simply to stash them in a file somewhere, circular or otherwise.

But these are extraordinary times, with agencies, companies, individuals, and families straining to adjust to new coronavirus-driven realities — realities that make it vastly more difficult for people and organizations inclined to comment on proposed rules to actually do so. Similarly, agencies themselves are hardly in a position to give due consideration to comments. This is not the time to rush these rules through, without the public being heard.

Of course, not just ordinary members of the public are being hampered in their ability to participate; businesses are, too. But these businesses have far greater resources to better absorb pandemic-related disruptions, which means they will have even greater access to agency decision-makers relative to the public than they would under normal circumstances. For example, many people must rely on libraries for access to broadband internet, but these are likely to remain closed for several weeks, if not months. The lawyers and lobbyists working on behalf of corporate interests are unlikely to face these kinds of basic obstacles.

On March 19, the Center for Progressive Reform (CPR) — a nonprofit, nonpartisan research and policy network — was among 170 public interest organizations working on a range of issues that submitted a letter calling on Russell Vought, acting director of the White House Office of Management and Budget (OMB), to give the public more time. We asked Vought to direct agencies to stop the clock, holding open these active public comment periods for pending rulemakings for as long as the current presidentially declared national emergency remains in effect. Signers included labor and grassroots organizations representing millions of Americans.

For most members of the public, the regulatory process can seem fairly opaque. Rules are often achingly specific. That’s for good reason, of course; industry seeks certainty and clear rules of the road they can follow and rely on. But that specificity can sometimes make it hard for the people most affected by rules — those of us who prefer to breathe clean air and drink clean water, work in healthful workplaces, drive safe cars, and eat pathogen-free food — to participate. But there’s room for everyone in the comments process.

That’s exactly why we should make sure that public comments on proposed rules are not a victim of COVID-19. Meaningful public participation is one of the bedrock principles upon which our regulatory system is based. By seeking and considering comments from all sectors of society — stakeholders with expertise as well as individuals and families who may suffer from the hazards rules are meant to prevent — we can foster better regulatory decision-making.

Such comments make a difference. For example, during the Obama administration, the Department of Agriculture proposed a new approach to inspecting poultry being prepared for consumers in processing plants. One of the key elements of the plan was that it would allow these plants to increase their “line speeds” — that is, the number of processed chickens that could move through the assembly line per minute. Because the plan was ostensibly focused on food safety matters, the agency decision-makers did not adequately account for the impacts the line speed changes might have on the workers in these plants. Fortunately, though, worker health and safety advocates kicked into action and marshaled detailed comments and data on how poultry workers already face dangerous working conditions and how the rule’s provision for increased line speeds would unacceptably exacerbate those dangers. It worked. When the Department of Agriculture issued its final rule in 2014, it not only maintained the existing line speed limit, it also instituted new protections for poultry workers.

The public comment system also imbues the regulatory process and its results with a crucial measure of credibility and legitimacy. When everyone has had a chance to participate in a meaningful way, the process is richer and better respected.

For all those reasons, the Administrative Procedure Act (APA), the obscure but important law that governs much of the regulatory process, requires that agencies provide members of the public with the opportunity to comment on proposed rules by submitting “written data, views, or arguments.” And it’s why courts require agencies to demonstrate that they have not just solicited comments but engaged with this public feedback in a thoughtful way as they work toward a final rule.

There’s another good reason to suspend comment deadlines. Because the coronavirus will touch every aspect of American life, federal regulatory agencies should be exploring ways to redeploy their resources toward aiding the broader response effort and spending less time on non-essential regulations. This is all-hands-on-deck time.

A crisis of this magnitude requires a proportionally large response. Clearly, if there are rules crucial to public safety and health during this pandemic, they should move as quickly as possible. As the letters note, Vought should still permit agencies to make use of the APA’s emergency rulemaking procedures and to pursue active rulemakings that are subject to legal deadlines or for which delays would result in undue harm to public health or safety. But many other proposals can wait. This approach would allow agencies to contribute to the COVID-19 response without unduly sacrificing progress on their public interest mission.

But letting a national emergency squelch public comment on proposed rules would come back to bite us later, in the form of ill-considered standards and safeguards. It’s up to OMB to make sure that doesn’t happen, and Acting Director Vought can do it with the stroke of a pen.

James Goodwin, an attorney specializing in federal regulatory policy, is senior policy analyst at the Center for Progressive Reform.