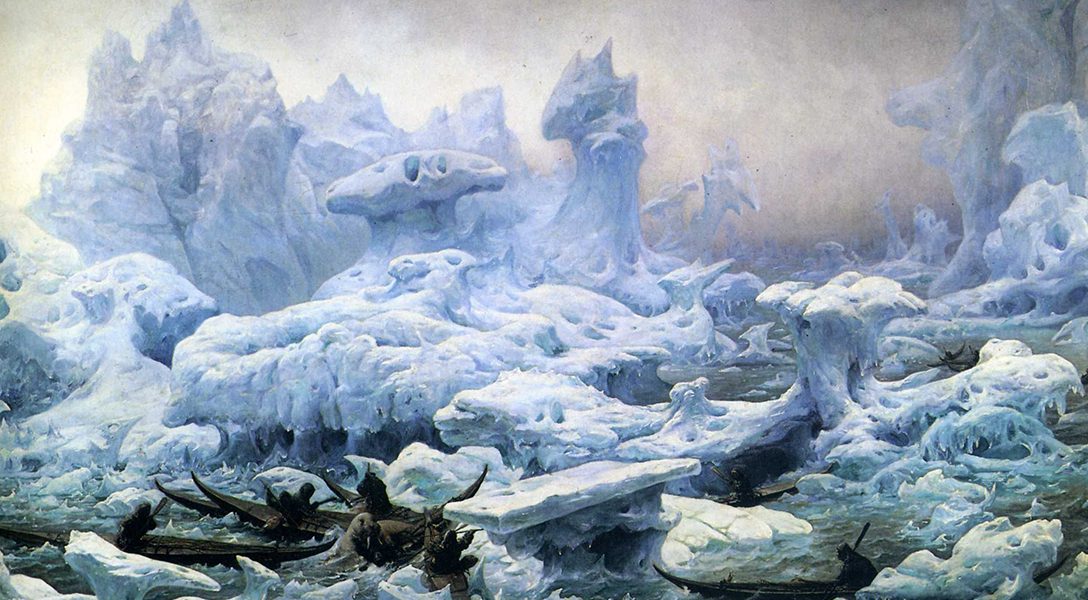 In the first part of our series on climate chaos “To See Climate Change in Florida…” we revealed how the ominous consequences of climate change are already visible in one of our southernmost states. In the second part, ”Denying Climate Change While Exploiting It,” we showed how big oil corporations are attempting to profit from the melting ice they helped cause. And now, in this third part of our series, we see how even Washington insiders who acknowledge climate change avoid talking about what’s causing it and how to combat it.

To the list of “things the NSA is interested in”, we need to add Climate Chaos. The latest release of documents obtained by National Security Agency contractor and whistleblower Edward Snowden, published in Denmark’s newspaper Information, shows that the NSA spied on negotiating teams for the countries participating in the 2009 climate summit in Copenhagen. At that conference, widely declared a failure, the US was accused of playing hardball by refusing to agree to any set limits on carbon emissions. The new spying revelation raises serious questions about whether the US government is really interested in reaching any international agreement to limit global warming—or prefers to monitor and handicap those who actually might want to do something constructive.

More recent evidence that the Washington establishment is fiddling while Nome melts appeared at a January 23 conference in Washington on climate change sponsored by the influential Center for Strategic and International Studies (CSIS), a think tank founded during the Cold War.

What these three said during the conference was not as remarkable as what they did not say.

Organizer and panel moderator Heather Conley, a senior fellow at CSIS, acknowledged in an interview with WhoWhatWhy the absence of any discussion at the event about what was causing the polar region to heat up so dramatically, or what might be done to slow the pace of melting, which is likely to render the Arctic Ocean ice-free in summer months as soon as 2016. As she put it:

“You’re absolutely right that there is a paradox that climate change is transforming the Arctic and freeing up exploitation of more oil and gas that will make climate change even worse, but here we’re focused on ‘How do we deal with this change?’  We’re not talking about causality.”

So what did they talk about? A video of the event shows that the three experts spoke at length about how an ice-free Arctic Ocean in the summer will make it easier to exploit resources like undersea oil. Rear Adm. White also raised ominous military implications of the melt and resulting black gold rush, stressing the need for a Naval presence to patrol newly opened ocean and to defend a “new northern coastline.”

The panelists also addressed the negative impacts of a warmer Arctic on other parts of the globe. The laundry list of horrors included widening drought, stronger storms, and the southward shifting of winter Polar Vortexes.

Jeffries pointed out that an increasingly rapid melting of the Greenland ice sheet could by itself eventually raise global sea levels by 24 feet (sufficient, as we wrote in Part 1 of this climate chaos series, to submerge Florida as well as much of the eastern coast of the US).

The ice guys even warned that melting permafrost and methyl hydrates—a frozen mix of methane and water buried under the shallow Arctic Ocean seafloor—could dramatically elevate the amount of global warming gases already in the atmosphere. Methane, it should be noted, is 23 times as potent a global warming gas as CO₂, speeding up climate change and making the ultimate consequences far worse.

What Keeps You Up at Night?

As for the causes of climate change, Conley tried nudging the discussion in that direction without success.

“What keeps you up at night,” she asked the three panelists at the end of the conference. “What is the biggest misconception about Arctic warming? And what should the US be focusing on that we aren’t focusing on?”

Dr. Kelly admitted that did lose sleep over “our inability to focus on the problem.”

Dr. Jeffries said he lost sleep over “the rate of change in the Arctic,” and added that there was a misconception that what happened in the Arctic would have little impact outside the Arctic.

Still, these government officials apparently felt they had to measure their remarks. That’s not so surprising when one considers the power in Washington of moneyed interests whose bottom-line pressures demand maximizing profits while diminishing the possibilities of life itself.

As for the military, it understandably welcomes new opportunities, as suggested by Rear Adm. White. When asked by Conley how much of this keeps him up at night, the admiral replied: “I sleep pretty well.”