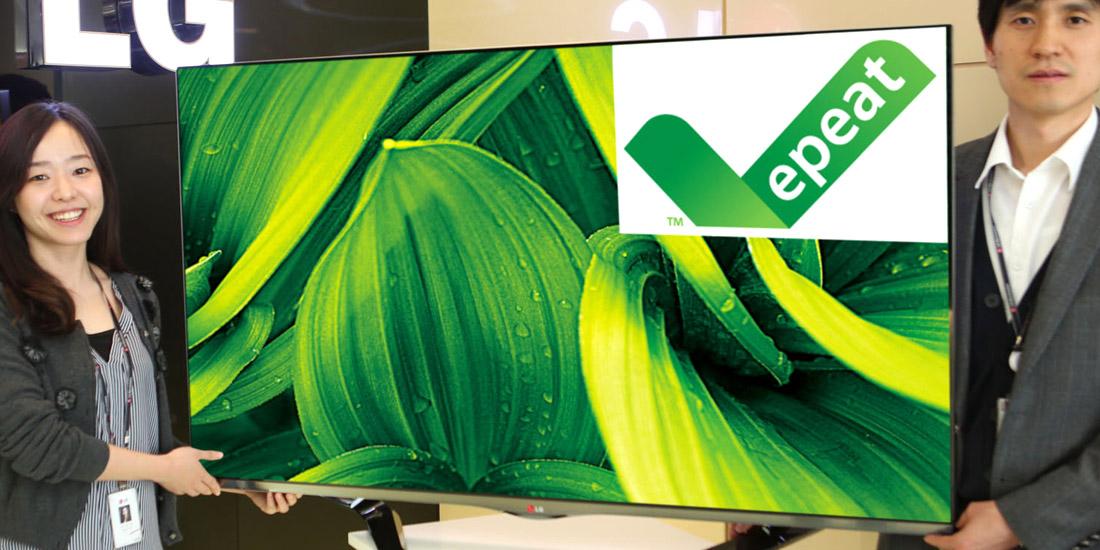 Until very recently, 95 percent of all electronics used by federal agencies were required to meet sustainability requirements. Was it industry pressure that caused Obama to rescind the requirement? Photo credit: LG Electronics / Flickr

Every four years the corporate media stages a bells-and-whistles circus around the Presidential election. We are told that choosing the “most powerful person in the world” is a solemn duty of every citizen. But aside from major speeches and photo ops, the day-to-day actions of the President in between elections attract little attention.

This is especially true when it comes to those dry-sounding but often immensely important documents known as Executive Orders.

Take President Obama’s recent signing of Executive Order 13691—“Planning for Federal Sustainability in the Next Decade.” The title certainly sounds impressive and unobjectionable: Who could be against “sustainability”? The Order does indeed call for environmentally-sound energy and water use, which is all to the good. And it calls for the purchase of sustainable electronics, which also sounds good.

But buried in its language is a serious weakening of efforts to ensure that the federal government buys electronic gadgets—computers, printers, cell phones and the like—that do minimal damage to the environment. In watering down this mandate, President Obama has apparently bowed to industry demands, despite a long-standing commitment to the Environmentally Preferable Purchasing Program, established in 1993.

A tool used to adhere to the Environmentally Preferable Purchasing Program is the Electronic Product Environmental Assessment Tool (EPEAT). Developed by the nonprofit Green Electronics Council with a grant from the Environmental Protection Agency, EPEAT has been relied on since 2006. It uses a global green-rating system, and has been used by buyers for the federal agencies and state governments, as well as environmentally conscious universities, hospitals and many private companies.

Obama’s recent Order dumps the previous requirement that 95 percent of all electronics purchased by federal agencies be registered and rated by EPEAT; a classic example of Washington undermining its own program.

Who stands to gain from this anti-sustainability action? Look no further than that “must-have” gadget in your pocket.

The electronics industry is “one of the least sustainable sectors on the planet,” according to the Electronics TakeBack Coalition. Manufacturing computers and cell phones gobble up enormous quantities of energy, minerals, water and hazardous chemicals.

And by constantly exhorting consumers to replace their “old” gadgets with an endless stream of updated versions, “manufacturers guarantee an astonishing churn of resources unlike any other sector,” the coalition said.

“The decision to drop the EPEAT requirement was an extremely unfortunate decision,” Barbara Kyle, national coordinator of the Electronics TakeBack Coalition, told WhoWhatWhy. “Dropping a strong green electronic standard that has been supported by the government, industry and conservationists is exactly the wrong direction to go.”

In a letter written to Federal Environmental Executive Kate Brandt, the coalition has specifically asked that the EPEAT program be revived.

Representatives of the Electronic Take Back Coalition have also met face to face with Brandt and aides. “They listened to us, but it’s not clear what they’re going to do,” said Kyle.

Brandt’s key concern, said Kyle, was that the government should use government standards. Under the President’s Order, agencies can use “eco standards” developed by the Environmental Protection Agency or the far less demanding “voluntary consensus” guidelines recommended by Brandt’s own umbrella organization, the Office of Management and Budget, which sustainability activists fear are heavily influenced by industry. With the stroke of a pen, Obama revoked nearly 10 years of federal commitment to use environmentally-rated electronics. Photo credit: The White House

EPEAT’s ratings are far more sophisticated than either EPA or OMB standards, because EPEAT takes into account 52 different criteria, including the energy efficiency of a product, use of hazardous chemicals in the product, and design for recyclability.

Other future standards or recommendations may include “social” issues by taking into account labor practices and worker health and safety. These factors are particularly pertinent in an industry that outsources much of its work to developing nations, where employees are subjected to long hours working with hazardous chemicals.

The Green Electronics Council hopes that federal buyers will continue to follow its stricter standards even though they’re no longer required to do so. Order 13691 “in no way precludes federal purchasers from using EPEAT to identify environmentally preferable electronics,” Robert Frisbee, CEO of the council, pointed out to WhoWhatWhy.

Nevertheless, dropping the EPEAT mandate clearly threatens the momentum of the federal sustainability effort that the President’s Executive Order claims to promote.

Is there something wrong with this (electronic) picture? It will be interesting to see what federal purchasers do in the future—voluntarily.