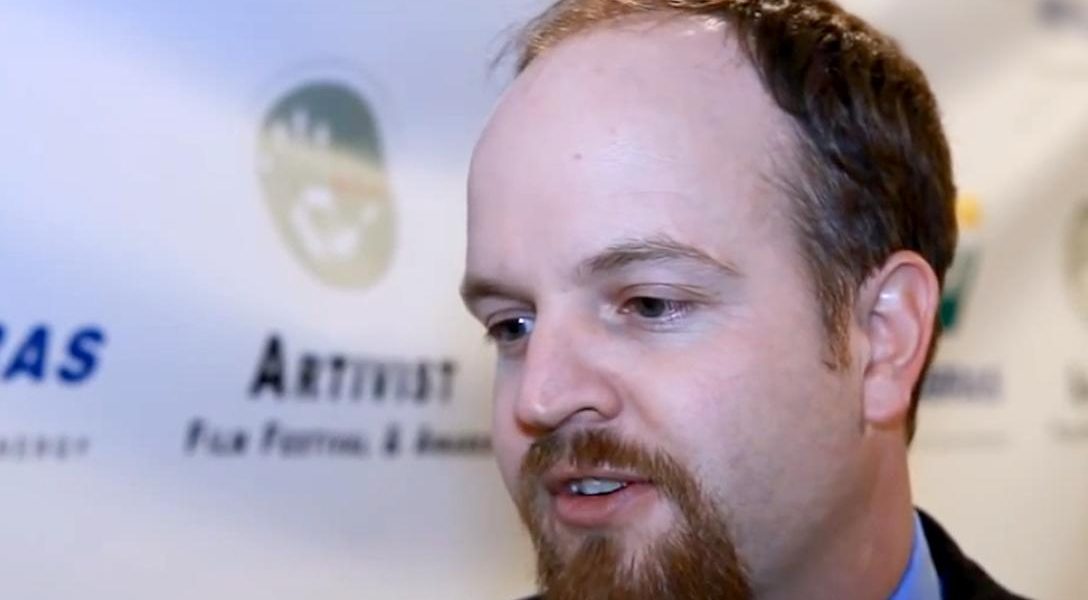 They’re back. More horror stories of animal abuse, that is.

Last July, we told you an appalling story about what went on behind the scenes at a chicken farm contracted by Tyson Foods. Extreme cruelty — for the fun of it.

It was exposed in a secretly filmed video by Mercy For Animals (MFA). They say, on their website, “Our efforts focus on protecting farmed animals — the most abused and exploited animals on the planet — and utilize a broad range of strategic approaches that seek to expose cruelty, prosecute abusers, and inspire consumers to make compassionate food choices.”

And now this same group has exposed yet another chicken farm, this one contracted by Perdue Farms. Their latest video is so disturbing that the most ravenous poultry eaters will think twice before they gobble their next wing or breast.

Undercover footage released December 10 by the animal-welfare group shows live broiler chickens in North Carolina being punted like footballs across large, crowded sheds, tossed against walls and stomped to death. One worker even spun a chicken by its head to break its neck.

Perdue officials passed the blame to contract workers. According to a corporate statement,

“Mistreatment of animals is never tolerated by Perdue. We regularly visit farms and conduct audits, but we have to trust that our independent contract growers, and those working on their farms, are upholding their responsibility to provide care according to our animal care standards. At this point, we have no reason to believe that any Perdue associates were involved, or knew of the alleged abuse on the farm.”

The Mercy For Animals investigator, posing as an employee, videotaped one worker who said that chickens bred to be sold in supermarkets under the Perdue label grow so fast that many die from heart attacks or are crippled by their own weight. In the undercover footage, numerous dead chickens are seen rotting among live birds.

“Extreme cruelty to animals is business as usual at Perdue,” said MFA’s president, Nathan Runkle. “Chickens are crammed into filthy, windowless sheds, kicked and thrown by careless workers, and bred to grow so fast they suffer from painful leg deformities and heart attacks. Perdue has not only the power, but also the ethical responsibility to end the worst forms of cruelty to animals in its supply chain.”

The abuse documented in the video horrified and disgusted experts.

“The blatant animal cruelty I witnessed in this video was extremely disturbing — the worst I have ever encountered in my ten-year career as a veterinarian,” said Dr. Armaiti May of Los Angeles. Another veterinarian, Dr. Lee Schrader of Dayton, Ohio, said:  “The behavior seen in this video is some of the most egregious, violent and gratuitous animal cruelty that I have ever witnessed. … Such inhumane treatment cannot be allowed to continue.”

Perdue claimed in a statement that it was “appalled” by the actions on the video and would work to prevent future abuse. It also said it will consider several demands by Mercy For Animals, which wants Perdue to switch to slower-growing breeds of birds, slaughter them more humanely and give them more space, clean litter and natural light.

Company spokeswoman Julie DeYoung told WhoWhatWhy in an email that they recently created a new vice-president level position: Chief Animal Welfare Officer and Farm Family Advocate. They appointed a 31-year veteran at Perdue to that position, Mike Levengood. She said, “Mike is leading our efforts to improve animal care and to develop closer relationships with the farmers who care for those animals. We are currently evaluating many of the practices that Mercy for Animals highlights, including lighting and enrichments.”

Ag-Gag Laws and their Dark Origins

Had this video been released a few weeks from now, the undercover investigator would have paid hefty fines. A North Carolina law that goes into effect January 1 prohibits any business from being videotaped in non-public areas. Under this legislation, undercover investigations like that conducted by Mercy for Animals will be forbidden; in effect, the law will punish the messenger instead of the abuser.

Proponents say such “ag-gag” bills are meant to stop corporate espionage. But there is reason to believe that the main targets of such legislation are employees and others who want to blow the whistle on abuses at factory farms and similar operations.

Matt Rice, Director of Investigations at Mercy for Animals, explained how agribusiness uses its money to influence such legislation. Rice told www.rt.com “This is an industry that’s proven time and time again to be incapable of self-regulation.” Referring to the ag-gag bills, he said, “And no other industry has these kinds of protections. You could imagine these laws being passed to protect daycares so that people couldn’t expose child abuse or sexual assault at a daycare or a senior home — that wouldn’t fly. But [the factory farming industry] has so much money and so much power they’re able to influence some corrupt politicians to push this type of legislation through, often under the nose of their constituents, but once constituents find out about it, they are outraged; they want more transparency in food production, not less, and they’re speaking out against it.”

According to Green is the New Red, these ag-gag bills can be traced back to ALEC, the American Legislative Exchange Council, which, as noted by Think Progress, is the same conservative think tank behind  “stand your ground” gun laws, voter ID laws and laws mandating states to teach climate change denial in schools.  Several lawmakers who promote ag gag laws have agriculture industry ties — and ties to ALEC.

The Republican legislator who drafted the North Carolina bill claimed it was inspired by the landmark Food Lion case from 1992. In that case, a federal appeals court ruled that television producers who went undercover to document the sale of outdated meat at the North Carolina-based grocery chain were guilty of trespassing. The Food Lion ruling explicitly rejected any defense based on the US Constitution’s guarantee of freedom of the press.

But North Carolina’s new ag-gag law may meet a different fate. In August, a federal judge in Idaho struck down similar legislation on grounds that it violated the First Amendment’s protection of free speech.

This decision threw into doubt the constitutionality of ag-gag laws in North Carolina and six other states (Montana, Utah, North Dakota, Missouri, Kansas and Iowa). The question of whether the public’s right to know in such matters overrides private-property rights may eventually be decided by the US Supreme Court.

Mahatma Gandhi once said, “The greatness of a nation and its moral progress can be judged by the way its animals are treated.” If he was right, then the nine Supreme Court justices may soon be called upon to deliver a verdict on the moral stature of the nation itself.

WARNING: THE FOLLOWING VIDEO IS GRAPHIC AND MAY BE DISTURBING TO SOME VIEWERS: