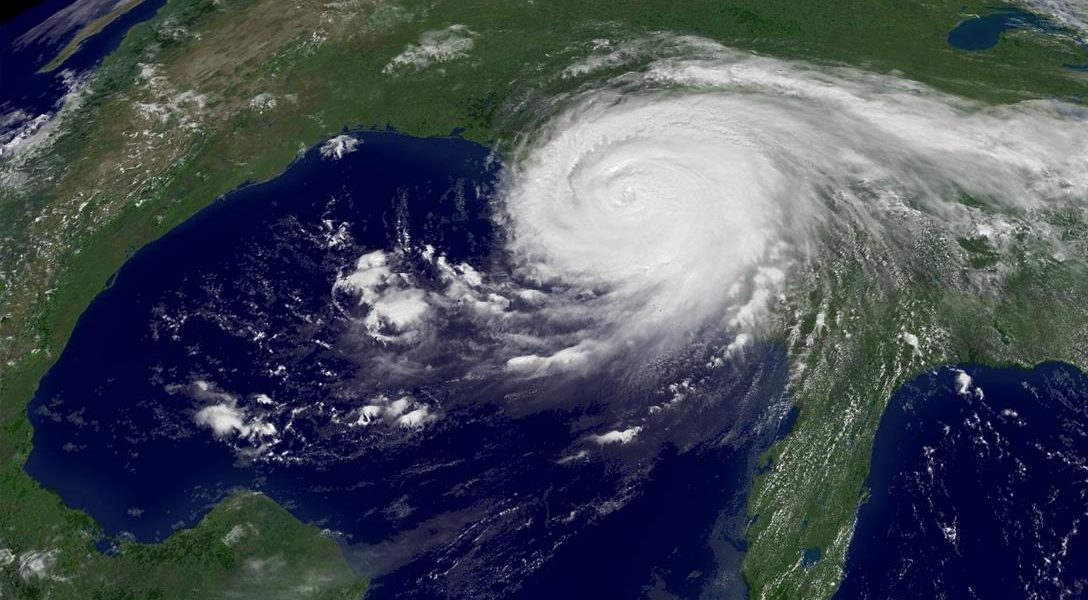 YESTERDAY, WE PUBLISHED PART 4 OF OUR 5-PART SERIES. YOU CAN READ IT HERE . BELOW: PART 5.

The Anti-Government Folks Cash in on Government

If being ostensibly “anti-government” while playing a leading role in government is tricky, it all pays off on the back end. Nobody knows that better than Allbaugh, whom Newsweek described as having “the hide of a rhino” when it comes to criticism of conflicts of interest.

Once he left FEMA, he moved quickly to make up for years of privation in the public sector, forming the Allbaugh Company with his wife, Diane, an attorney. She had begun laying the groundwork from the moment they arrived in Washington, DC, repeating a pattern she’d established in Texas. In the summer of 1996, just a year after moving to the Lone Star State, Diane had signed on as a lobbyist with a number of large corporate clients — mostly energy firms, with pressing business before the state — while her husband held a highly visible position as the governor’s top aide.

When the newspapers reported the story, Governor Bush’s office hastened to announce new rules, and Diane declared an end to her lobbying career. However, she was soon ensconced in a “non-lobbying” position with a law firm, representing some of the very same companies.

Why spend resources to prevent disasters, when there’s so much more money to be made cleaning up after them?

Now, in Washington, she jumped into the K Street fray, becoming “of counsel” to Barbour, Griffith & Rogers, which Fortune magazine described at the time as the country’s most powerful lobbying firm.

The shop’s founder, Haley Barbour stayed involved with the firm while playing a key role in the privatization of government services, as chairman of the Republican National Committee during Newt Gingrich’s “Contract with America” revolution. Then he served as chairman of Bush’s 2000 presidential campaign advisory committee.

He left the company in 2003, became governor of Mississippi, and ended up on television talking about how his citizens were suffering from Katrina.

No one thought to point out how the Allbaugh-Brown-Barbour model of disaster management had set the stage for the calamity. A cynic might formulate that model like this: Why spend resources to prevent disasters, when there’s so much more money to be made cleaning up after them?

Consider the Shaw Group, a Baton Rouge engineering and construction firm. On August 15, 2005, with hurricane season getting under way, Allbaugh became a lobbyist for Shaw, which had already begun advertising for workers to staff its rebuilding projects — even before Katrina struck.

After the levees broke, Shaw, which had not been a FEMA contractor during the Clinton years, received two separate $100 million federal clean-up contracts and saw its stock price shoot up 50 percent in a few weeks.

Nevertheless, when the DC newspaper The Hill asked about the remarkable good fortune of Allbaugh’s clients, his spokesperson, Patti Giglio, replied, “The first thing he says when he sits down with a client is, ‘Don’t hire me if you’re looking for a government contract.’”

AshBritt Inc: $568 Million out of Katrina

Maybe that’s why AshBritt Inc. didn’t hire Allbaugh. Instead, the Florida-based environmental services firm hired Barbour Griffith — a client of Allbaugh’s wife — and was selected by the Army Corps of Engineers to help lead the Katrina clean-up effort. The contract, worth $568 million, was signed just before the hurricane hit.

It’s interesting that, back in 2002, when an ice storm hit Allbaugh’s native Kay County, Oklahoma, he arranged a conference call with county officials, who ended up choosing the Florida-based AshBritt over other firms with much lower competing bids.

(AshBritt was much in the news following Katrina, with a range of local publications raising questions about the company’s operations, its transparency, and its spectacular growth during the Bush years — all through lucrative contracts to subcontract to other firms that do most of the actual clean-up work.)

AshBritt’s president, Randal R. Perkins, said in an interview that he did not recall the 2002 conference call, and noted that his firm doesn’t deal directly with FEMA. “FEMA doesn’t contract directly, they just pay the bills,” he said. As for Allbaugh, Perkins said, “I know him, but I wouldn’t say that we are friends.”

Allbaugh’s web of self-interest ranges from disasters to energy to real estate. And the self-serving links involve not just him, his wife, Brown, and Barbour but also the vice president and the president.

Haley Barbour advised the Bush-Cheney campaign on strategy in 2000 while Joe Allbaugh was campaign manager. During the transition, Allbaugh vetted Cheney’s qualifications to be vice president.

After the election, Allbaugh served on Cheney’s secret energy task force, the National Energy Policy Development Group (NEPDG), while his wife was “of counsel” at the Barbour firm and being paid as a “consultant” by Reliant Energy, Entergy, and Texas Utilities Co.

Diane Allbaugh said she did no lobbying. But Barbour, on behalf of an electricity-producing client, successfully pushed NEPDG to recommend that the new administration renege on a campaign promise to limit carbon-dioxide emissions from power plants. Bush, citing the task force “findings,” complied.

KBR: $61 Million Out of Katrina

The Allbaughs and Cheneys are literally so at home with each other that, on first arriving in Washington, the Allbaughs bought Cheney’s townhouse in McLean, Virginia. During the house tour, Cheney must have pointed out the revolving doors. Among Allbaugh’s biggest clients is Cheney’s former employer, Halliburton, whose Kellogg Brown & Root subsidiary got at least $61 million worth of Katrina business.

When Allbaugh left FEMA he did not, however, restrict himself to the domestic disaster business — and it was a business. Instead, he cast a wider net into the entire Homeland Security/Defense sector, stressing his implied connections in the Department of Homeland Security, the Pentagon, and the White House. His departure from government, in March 2003, took place precisely as the invasion of Iraq unfolded.

Iraq: More Money to be Made

Allbaugh formed — with Barbour Griffith and numerous ex-officials of the Reagan and Bush 41 administrations — a company called New Bridge Strategies. It secured contracts in Iraq the moment hostilities commenced.

He also formed Blackwell-Fairbanks, a lobbying joint venture with Andrew Lundquist, with whom he had served on Vice President Cheney’s secret energy task force.  Clients had included the aerospace giant Lockheed Martin. On required forms, Blackwell-Fairbanks would later report that it had lobbied the offices of both the president and vice president.

Governor Haley Barbour — who in early September 2005 dismissed criticism of FEMA’s response to Katrina as “all cooked up by the news media and a few enemies of George Bush” — declined this reporter’s interview request.

‘Water, water, everywhere, Nor any drop to drink.’

Even the most cursory examination of the process through which FEMA awarded contracts would uncover decisions that carried little public benefit. One such example might be the agency’s abrupt 2003 decision to award an exclusive contract for water supplies in emergencies.

Prior to the Allbaugh-Brown reign, FEMA had handed out water contracts to a variety of companies. One of the recipients, not surprisingly, was Nestle Waters North America, easily the continent’s biggest producer, with 15 brands of bottled water and 23 bottling facilities in the U.S. and Canada.

Only through the painstaking unraveling of connections like these are we likely to grasp the truth about the secret conflicts of interest that waste billions of public dollars and undermine the country’s readiness to respond to natural and man-made disasters.

Then, without explanation, FEMA went sole source, picking a little-known, family-run firm called Lipsey Mountain Water. The company, based in Norcross, Georgia, had just 15 full-time employees, no production capacity, and no distribution network. Instead, it was aggressively soliciting other companies to supply its needs.

“The father and son came in and said, ‘We want you to sell us water,’” recalled Kim Jeffery, president and CEO of Nestle Waters North America. “I said, ‘Why would I do that? I have a contract with FEMA.’ He said, ‘Because we have the contract now.’”

Lipsey trumpeted a sophisticated computer system that would supposedly ensure speedy water deliveries and justify its exclusive five-year contract. But the system did not work so well during the crisis, according to some in the industry.

Joe Doss, president of the trade group for water suppliers, said that his members were besieged with reports of delays in water deliveries after the hurricane and that within one 24-hour period they voluntarily trucked in 1.5 million bottles. (And again, when Hurricane Wilma swept through Florida in late October 2005, Lipsey distribution sites turned people away without water days after the event.)

Lipsey Mountain Water may be new to the world of federal water contracts, but its principals are not new to politics.

The Lipseys are a politically connected family that gives to both political parties and owns one of the country’s largest gun wholesalers. The gun lobby is still the nation’s most powerful, as acknowledged by Dick Cheney, who addressed the National Rifle Association’s 2004 annual meeting and noted from the podium:

“I’m … delighted to see my good friend, former director of the Federal Emergency Management Agency, Joe Allbaugh. Joe is here this evening. It’s always good to have a firearm if you get into real trouble — but the next best thing is Joe Allbaugh.”

It is worth noting that the chaos in New Orleans featured home and business owners very publicly brandishing firearms; the disaster was certainly good publicity for gun makers.

In November 2005, the Pentagon confirmed that its inspector general was investigating Lipsey in response to complaints received by Congress from truck drivers, trucking brokers, and ice producers who did much of the actual work under Lipsey’s contract. They said Lipsey had not paid their bills or even answered their phone calls. (Company president Joe Lipsey III did not respond to a list of questions that he had requested from this author following an interview request.)

Only through the painstaking unraveling of connections like these, are we likely to grasp the truth about the secret conflicts of interest that waste billions of public dollars and undermine the country’s readiness to respond to natural and man-made disasters.

Such inquiries are not welcome, of course. Instead, we put on our horse blinders. The Administration’s motto might easily be “Nothing to see here, folks, move along quickly, please.”

Indeed, when a National Public Radio interviewer posed questions about the handling of the storm to Vice Admiral Thad Allen, whom President Bush had assigned to take over the Katrina response from Michael Brown, Allen said that there was no point in dwelling on the past, and added, “I would say that the longer the discourse continues about what might or might not have happened and the political issues surrounding that — I think at some point it starts to devalue the work of a whole lot of FEMA workers out there that are working very, very hard for the American public.”

Yet no one devalued the work of the rank and file of FEMA workers more than Joe Allbaugh, Michael Brown, and their boss, President Bush. And the discourse the administration wished to avoid was, and is, urgently needed.

Today, FEMA’s front line troops still struggle with the long-term legacy of Katrina and the task of rebuilding the agency. Meanwhile, long after the debacle he left behind, Joe Allbaugh was traveling the world, soliciting business, and even the disgraced Brown had moved into the consulting trade. Ten years after Katrina, Allbaugh claims clients in a host of countries and provides dozens of services, from Emergency Response Preparedness to “Navigating complex bureaucratic organizations” to Public Safety and Infrastructure. Brown is also a consultant to business and hosts a radio show on a major Denver station, which advertises that “Ex-FEMA Director Michael Brown brings the full brunt of his sense of humor and political intelligence to bear on the issues of the day.”

As for George W. Bush — he was never seriously held to account for any of this.