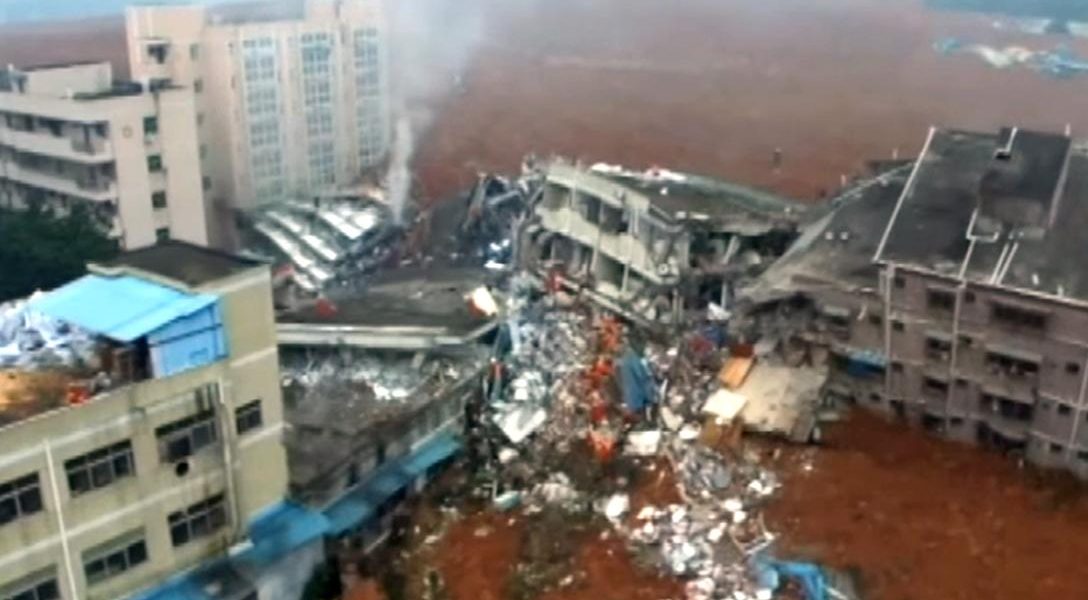 How do we know what we know about China?  Tens of billions of dollars are invested in China’s markets and manufacturing sector based on government-generated statistics whose accuracy is—and should be — widely questioned.

Under China’s authoritarian power structure, the media, including the Internet, is tightly controlled. The most professional-appearing media outlets with the largest audiences are all state-sanctioned. As for Western media companies, their ability to operate within China is wholly reliant upon approval of the authorities.

Without a free press, China became a black box that, until the recent economic slowdown and stock market slide, consistently produced double-digit returns for multi-national corporations and eye-popping bargains for global consumers. But news about the corruption and sometimes deadly malfeasance that underlay this boom rarely reached the general public.

An August 2005 New York Times article summed it up with the headline,“Media Executives Court China, but Still Run Into Obstacles.” The story described the vigorous lobbying efforts by Disney, Viacom and News Corporation to clear hurdles with China’s Propaganda Department and Ministry of Culture to access the vast Chinese market.

Rupert Murdoch — Flattery Got Him Everywhere

Consider the narrative arc of NewsCorp mogul Rupert Murdoch. In the early 1990s, the global media baron, already well established in Australia, Britain and the US, set his sights on Asia. In two stages, in 1993 and 1995, Murdoch spent a billion dollars acquiring Star TV, which used a satellite (AsiaStat 1) that had been launched in 1990 atop China’s Long March III rocket.

Murdoch’s strategic acquisition gave his conglomerate control over what Joseph Straubhaar, a professor of global media at the University of Texas at Austin, describes as “the most prominent regional satellite and cable operation in the world.” Star TV’s reach extends from the Arab world to East and Southeast Asia.

NewsCorp’s plans for Star TV were nothing if not ambitious, and the politically conservative Murdoch was not shy about giving them an ideological, free-market twist. He proclaimed in 1993 that “advances in technology have proved an unambiguous threat to totalitarian regimes,” while “satellite broadcasting makes it possible for information-hungry residents of many closed societies to bypass state-controlled television channels.”

In October of 1993, Chinese Prime Minister Li Peng moved to outlaw the private ownership of satellite dishes, putting Murdoch’s plan for Asian media market domination in peril. The next year Star TV dropped from its lineup the BBC’s World Service, the world’s largest international broadcaster, whose unfettered news coverage did not meet with the Chinese government’s approval. And Murdoch went on a charm offensive aimed at getting back in the good graces of China’s leadership.

As reported in the New York Times, the Murdoch-owned publishing house, Harper Collins, released a glowing biography of Deng Xiaoping, at the time China’s most powerful elder statesman. NewsCorp and its subsidiaries helped Chinese official state broadcasters with their website and helped get the People’s Daily, the Communist Party’s news outlet, on line. Another Murdoch-linked company helped the Chinese develop an encryption capability to facilitate the development of payTV.

By1998, Xinhua, the state’s news service, was reporting that China’s President Jiang appreciated Murdoch’s efforts at reporting on “China objectively and cooperating with the Chinese press over the last two years.”

The difficulties of reporting from China under the regime’s tight media controls was highlighted by another case, this time involving  Bloomberg News.

After earning a reputation for hard-hitting coverage of high-level corruption in China, Bloomberg backed itself into a public relations nightmare. As chronicled in a 2014 Columbia Journalism Review article by Howard French, a former New York Times Shanghai bureau chief, Bloomberg pulled the plug on an investigative project near completion that would have exposed an “extensive web of corruption ties between one of China’s wealthiest businessmen and elite politicians.”

Defending the decision not to publish the piece, Matthew Winkler, Bloomberg News editor-in-chief, likened the situation “to the need of self-censorship by foreign bureaus in Nazi Germany to preserve their ability to continue reporting there.”

And the Committee to Protect Journalists recently declared that, for the second year in a row, China led the world in the number of jailed journalists, holding a quarter of the nearly 200 incarcerated reporters worldwide.

Under cover of censorship and self-censorship, the consequences of China’s role as the world’s factory —  air too toxic to breathe and water too foul to drink — were regularly eclipsed in Western corporate media by stories about how investors could best profit from the China boom.

For decades, local grassroots protests over political corruption, labor rights and environmental justice gathered momentum but were kept largely out of the public eye, for fear of falling into disfavor with China’s gatekeepers.

According to Peter Kwong — a distinguished professor of urban affairs at Hunter College and one of the nation’s leading experts on Chinese politics — the number of local protests throughout China rose from 8,700 a year in the early 1990s to 180,000 by 2010.

Kwong was one of the producers of the Oscar-nominated HBO documentary China’s Unnatural Disaster; The Tears of Sichuan Province, The film recounts the protest movement sparked by the collapse of schools in a May 2008 earthquake that killed more than 5,000 children. The parents say the schools failed structurally because they were cheaply constructed by builders who cut corners to make illicit profits. The film shows how office buildings and shops adjacent to collapsed schools withstood the earthquake, prompting parents to dub the schools “tofu construction.”

The same year that the parents of Sichuan risked it all to seek redress for their dead children, air monitors placed on the US Embassy in Beijing gave the world the first independent confirmation, available in real-time on social media, of just how bad China’s air had become.

“It all really got started with the air monitors on the US Embassy. That was a real game-changer,” says Barbara Finamore, senior attorney and Asia director for the Natural Resources Defense Council.

In the run-up to the 2008 Olympics in Beijing, officials resorted to drastic but temporary measures to clear up the skies, shutting down heavy industries and restricting driving in the smog-shrouded capital.

In the years since, pressure has been mounting on China’s top leadership to recognize that the mainland’s degraded natural-resource base has come to a tipping point.

To put that in a global context, a report from the Max Planck Institute recently estimated worldwide deaths  from air pollution at 3.3 million — with roughly half of those occurring in China.

“Now breathing air in China can be like smoking 40 cigarettes a day,” says Kwong. “For years the export industry was subsidized by not having to deal with the environmental costs, and the export trade had access to relatively low-cost land.”

“Environmental quality is the major source of the middle class’s dissatisfaction, and failing to improve it will only accelerate the ongoing brain-drain and capital flight,” says Taisu Zhang, a professor of contemporary Chinese law at Duke University.

The NRDC’s Finamore finds a glimmer of  hope in China’s the burgeoning environmental movement: “Activity is happening at the local level when the rivers run black and the farmers and fishermen protest. You can tell what colors are popular in Western fashion based on the color of the dye in China’s rivers.”

Finamore believes China’s leadership is finally committed to shifting the economy away from heavy industrial production and toward consumer goods. This would mean reducing China’s carbon footprint by cutting back on the use of coal, while encouraging the growth of its middle class.

But phasing out inefficient coal-burning factories will not be easy. “Local governments often drag their feet, either because they rely on the company for tax revenue or have some other kind of relationship with the owner,” Finamore told WhoWhatWhy.

Rooting Out Corruption — How Deep Does It Go?

Sometimes, it takes a major disaster to trigger real change.

Duke University’s,Taisu Zhang  contends that the July 2011 collision of two high-speed trains that killed 35 and left 190 injured was just such an event.

“The train disaster was a turning point,” Zhang told WhoWhatWhy. “After that, the state changed the way they handled these kinds of catastrophic events.They came to realize that by trying to keep things under wraps it only made things worse.”

Two recent man-made disasters illustrate the extent of the problem in a country as vast as China, where buying immunity from government regulation is a long-hallowed business practice. Last month, in the southern Chinese city of Shenzhen, a sprawling high-tech boomtown, scores were killed when an avalanche of dirt and debris from a construction landfill enveloped 33 factory buildings and displaced more than a thousand people.

For months before the breach, two private inspection firms, under contract to monitor the rapidly growing mound of rubble, warned municipal officials of a looming disaster. Their warnings were ignored, as additional construction waste was piled onto the site. After the so-called “industrial accident” the official responsible for managing the district committed suicide.

This past summer the city of Tianjin was rocked by a series of blasts and a subsequent chemical fire that killed 114 people, injured almost 700, and damaged 17,000 homes. The source of the explosion was a warehouse where sodium cyanide and other lethal chemicals had been stored — despite zoning laws that prohibited their presence in such close proximity to residential neighborhoods.

The state-sanctioned Xinhua news agency reported that the operator of the warehouse was arrested, along with his silent partner, the son of a former police chief, who had wielded his influence to get permits and licenses for the facility.

In an official statement, President Xi Jinping used the massive disaster to call for “safe growth” and to promote a national business ethic that put the “people’s interests first.”

Professor Zhang noted that much will depend on how Beijing deals with the on-going exposure of just how deep corruption runs in the Chinese economy: “The anti-corruption campaign has helped reinforce the legitimacy of the central government but it also opened up a can of worms they can’t close up easily because, if they try to control the press around it, they run the risk of it appearing to be a sham.”

This is Part 2 of a three-part series. For Part 1, please go here.