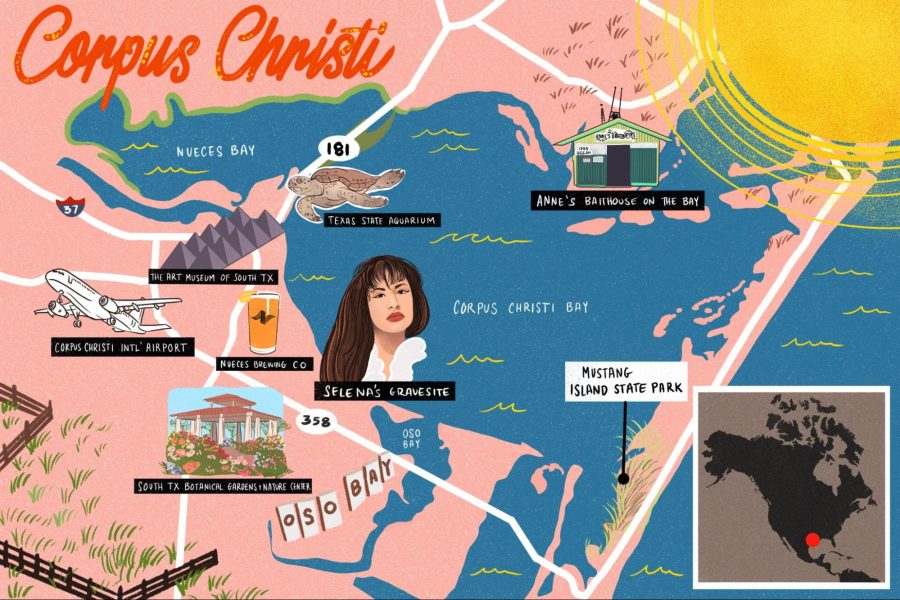 With climate change producing stronger storms and higher seas, this coastal city of 300,000 had 18 days of high tide flooding from 2019 to 2020 compared to just three days in 2000.

Cliff Schlabach, a Corpus Christi resident for more than 45 years, sees the effects of climate change right in his backyard, which is a stone’s throw from the bay.

“We noticed in the last four to five years that when the higher tides from tropical activity happened, that afterwards the tides were not going back down to previous levels,” Schlabach said. “Our concrete sidewalks and bulkheads bordering the canal stayed underwater for much longer periods of time — sometimes for weeks longer than what was normal.”

And it’s only going to get worse, as the heart of Corpus Christi — which is only 7 feet above sea level — could be underwater within 80 years, when researchers project the sea will have risen by 8 feet.

Local activists like Jim Klein, vice chair of the Coastal Bend Sierra Club, noted that many of the issues causing climate change can be traced back to Corpus Christi itself.

“Our community is a major driver for man-made climate change,” Klein said. “The Port of Corpus Christi is the leading oil and natural gas export terminal in the United States. Thus, we are in a position to affect climate change more than many communities, but have had great difficulty getting our local officials [who appoint members of the Port Commission] to appreciate this.”

“The oil and gas industry has had such a grip on this community for so many decades that it is difficult to get the movers and shakers in the community to acknowledge that their life’s work has contributed to this crisis, and that they should change their ways.”

WhoWhatWhy contacted officials at the Port of Corpus Christi, but they declined to comment.

With the city under threat, Corpus Christi has responded by raising the minimum elevation for buildings to 1 foot above regulations established by the Federal Emergency Management Agency and may raise it another foot, said City Councilman Greg Smith.

In addition, there are plans to spend $86 million to rebuild an aging bridge over the city’s Nueces River, in part to raise it about 5 feet to accommodate storm surge.

The US Army Corps of Engineers has also proposed an “Ike Dike” to shield Texas’s Gulf Coast from disasters like Hurricane Ike, a Category 2 hurricane that crippled parts of the Gulf Coast in 2008 and caused at least 37 deaths.

But that may not be enough in a city where Hurricane Hanna caused millions of dollars in damage just last year.

“That’s just putting a Band-Aid over a problem, and creating a lot more problems at a very high cost,” said Jeremy Conkle, associate professor of environmental chemistry at Texas A&M Corpus Christi. The real issue, he said, is the carbon dioxide being pumped into the atmosphere, which is a key factor causing rising temperatures.

For now, Schlabach and his neighbors are planning to build raised boardwalks over their sidewalks.

“We came to the conclusion that we were experiencing sea level rise and that if we wanted to ever be able to use our boat lifts like we had done in the past, we would need to elevate the walkway bordering the canal,” he said. “As of this very moment, due to a heavy rainstorm, we are experiencing water over the concrete sidewalk behind my property.”

Many businesses and institutions along the coast are also in peril. The Art Museum of South Texas comes close to flooding with each hurricane or storm.

“During those events, we do have water encroachment onto the barge dock, which then places the museum in a vulnerable position for water penetration,” said museum director Sara Sells Morgan. The museum was forced to move its art storage to its upper floors to protect it from damage. 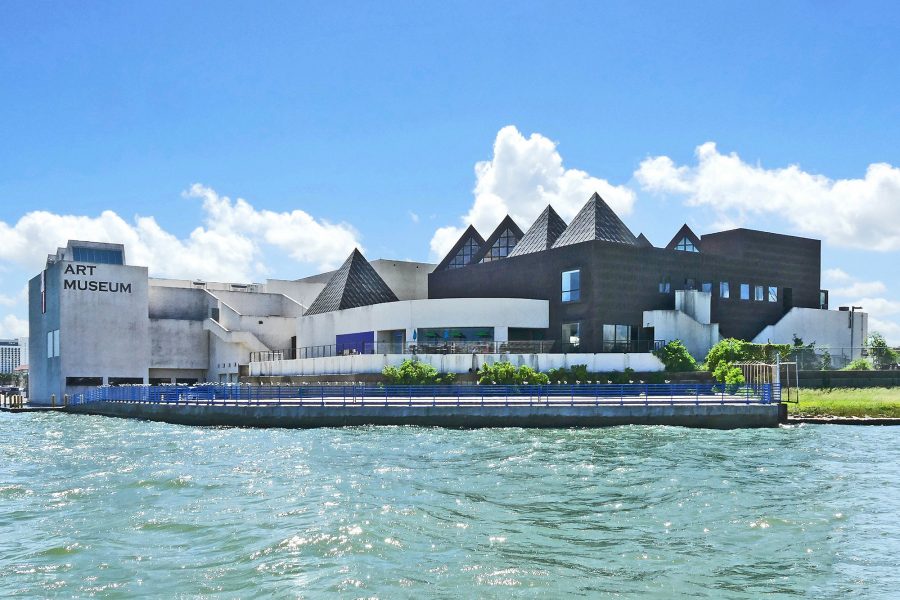 Rising seas aren’t the only reason for Corpus Christi’s water woes. Groundwater pumping is causing the whole area to sink, according to Christian O. Rangel, vice president of the Corpus Christi Meteorological Society.

Like many other Texas towns, Corpus Christi suffers from higher temperatures than in years past, with a sharp increase in days with a temperature of 90 degrees or above, added Matthew Berg, CEO and principal scientist of Simfero Consultants, a water resource risk management company.

“In previous decades, we usually saw around 50 of these days per year. It’s now around 100 or more,” he said.

Extreme temperatures can actually lead to flooding. Brandon Harper, co-partner of Nueces Brewing Co., a popular restaurant and bar, said his business flooded three times since opening in 2019 — and not because of a storm or a rise in sea level.

“It was really hot,” Harper said of all three incidents. “The plumbers told us the hotter than normal weather caused the pipes to explode.”