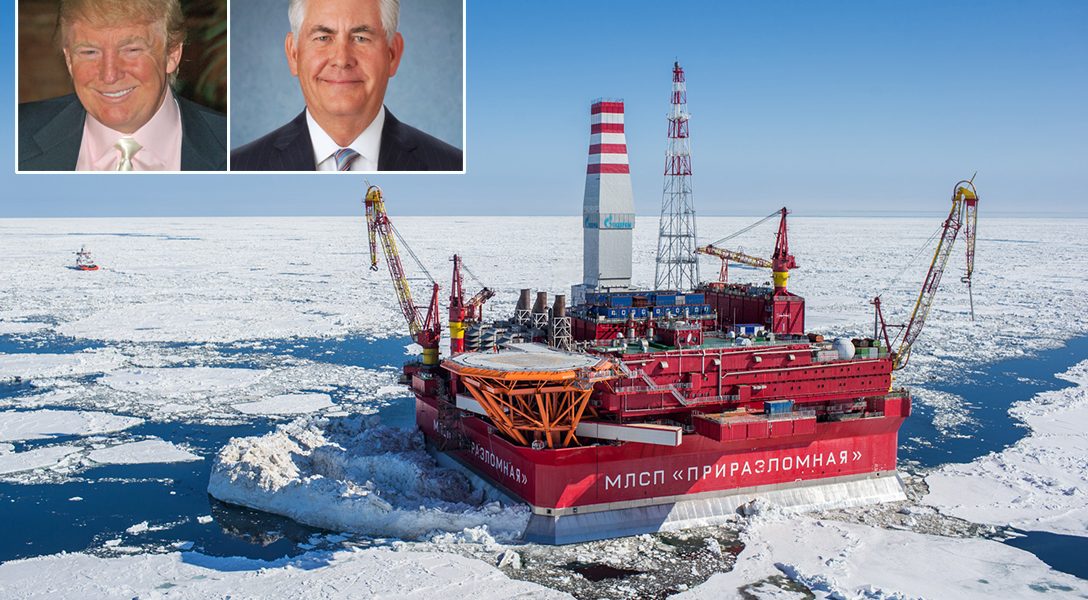 For years, environmental advocates have been warning us about the importance of the melting Arctic ice cap and the oil riches that lie beneath — “black gold” that can pass through new shipping lanes opened up at the top of the world by climate change.

Now, with Donald Trump’s choice as Secretary of State, Rex Tillerson, CEO of the larger-and-more-powerful-than-most countries ExxonMobil, we can see what happens when money-making concerns “trump” all else.

That the Arctic is so key to the planet’s future was underlined by another development last week: President Barack Obama is moving to checkmate the efforts to plunder that fragile goldmine.

On Friday, the Interior Department removed two areas of the Arctic from its final five-year road map for offshore oil and gas drilling. While Trump and Tillerson could undo this, Obama’s action at least pushes that prospect back some years.

As head of ExxonMobil, Tillerson has been plenty busy trying to grab a big piece of the Arctic pie for his globe-girdling corporate empire. Now, he will be in charge of negotiations over that area’s resources “for the United States.”

The Secretary of State will have a decisive voice, too, on whether the controversial final section of the Keystone Pipeline goes forward.

And there are more Tillersons. Scott Pruitt, Trump’s selection to head the Environmental Protection Agency (EPA), is a climate-change denier who admitted that energy companies wrote some of his speeches and “white papers” while he served as Oklahoma’s Attorney General.  Myron Ebell, of the misnamed, industry-fueled Competitive Enterprise Institute (CEI), is on the EPA transition team. In a former incarnation, Ebell worked to create the impression that the science labeling tobacco as a leading cause of killer diseases was “uncertain.”

It’s almost certain that the half of the American public who supported Trump understood none of this. They didn’t know the extent to which this “straight talking” man would simply turn the fullpower and resources of the government to further enriching a small bunch of America’s richest people — in essence, people exactly like him.

Ironically, many of Trump’s most vociferous supporters were against brazen U.S. resource grabs — and particularly the expensive wars that typically attend them — when Obama was in power. They wanted the “free market” to decide everything. Of course, there never really was any free market — and almost certainly never will be. It is about knowing the right people, and throwing your weight around. Donald Trump certainly gets that. And so, of course, does Rex Tillerson.

When will people begin focusing on the constant trickery and self-dealing that define American politics? Time and again, it is the people who complain the loudest about government who are betrayed by the leaders they vote for. And then, without understanding what happened, they have more rage to direct at…the wrong people.

PS: To fully grasp the mind-blowing irony of the “Deep Politics” afoot, consider this: Tillerson, one of the world’s leading advocates of the risky and problematical practice of fracking, also, personally, sued to stop a fracking tower near his Texas mansion.