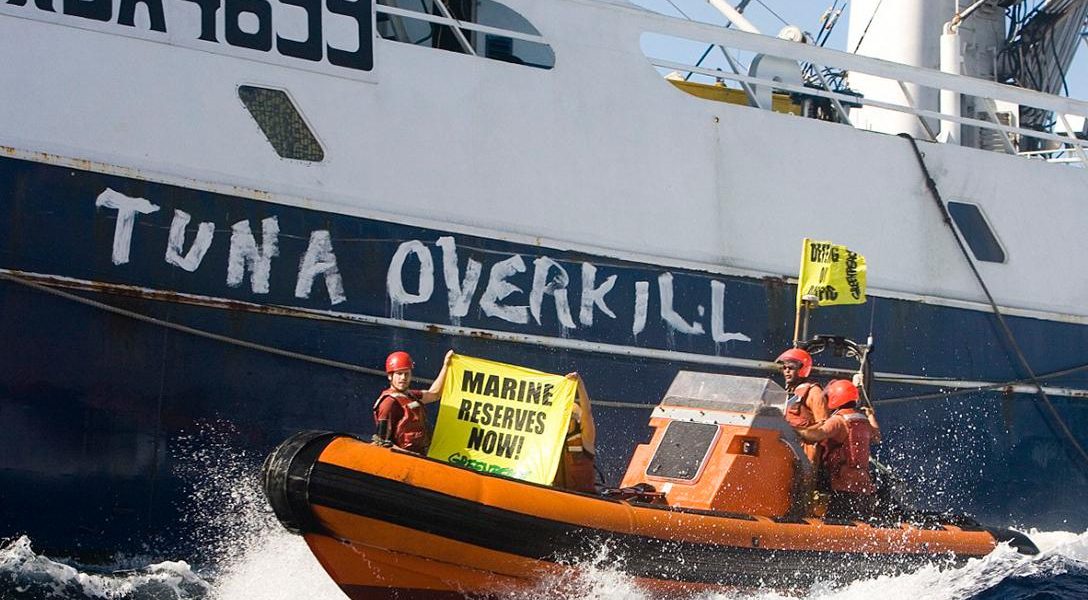 Greenpeace is asking the University of Washington to investigate Dr. Ray Hilborn — a professor at its School of Aquatic and Fisheries Sciences — for failing to disclose that he has accepted millions of dollars in research money, and for “consulting” services, from fishing industry groups.

Hilborn, whom Greenpeace calls an “overfishing denier,” is a well-known opponent of stringent regulations aimed at protecting sustainable levels of fish populations.

In response to the allegations, he issued a statement accusing the environmental group of bringing up the funding issue because it is “unable to attack the science I and my collaborators do.”

While his positions are often cited by the fishing industry, what was previously not known is that Hilborn has accepted $3.5 million in corporate research funding from 2003 to 2014.

According to Greenpeace, which obtained the information through Public Records Act requests, he has also earned “an untold sum from a long career as a consultant to industry.”

Hilborn countered that this money amounts to less than a quarter of his research funding during that time, and that he also received funds from the Sierra Club Legal Defense Fund, the Natural Resources Defense Council, and the Environmental Defense Fund.

In addition, he stated that some of the organizations Greenpeace labels “industry groups” are actually small fishing communities in Alaska. However, Greenpeace argued that Hilborn’s failure to disclose he received this money is a violation of the ethics rules of several of the journals that have published his work. As a result, the group formally complained to the University of Washington.

“The failure to fully disclose his corporate sources of funding is Dr. Hilborn’s alone, but it is also facilitated by the lack of oversight by journals and universities,” wrote John Hocevar, Greenpeace USA’s Oceans Campaign Director. “The failure of Dr. Hilborn to fully disclose his ties to industry puts both scientific knowledge and the reputation of the University of Washington at risk.”

Hilborn has rarely acknowledged the complete sources of his research funding, Greenpeace said. The group noted that Hilborn mentioned corporate funding in only 26 of 138 relevant papers and named just 21 of 69 different groups from which he had accepted research funding.

Greenpeace calls for Hilborn to reach out to several of the journals in which he was published and ask them to issue corrections that include his financial ties to industry groups.

The group also notes that Hilborn did not fully disclose his sources of funding when testifying before Congress in 2013. At the time, he said the “US has largely ‘solved’ overfishing” and implied that the problem currently was underfishing.

In a form requiring those testifying before Congress to disclose information relevant to that testimony, Hilborn did not make reference to all of the sources of his funding.

While he included his federal grants, he responded “none” when asked to provide “any other information you wish to convey that might aid the Members of the Committee to better understand the context of your testimony.”

Certainly, the receipt of millions in grant funding from fishing industry sources as well as additional payments for “consulting” services would qualify.

“Dr. Hilborn’s practices represent a significant departure from the accepted practices of his research community,” Greenpeace said in the letter to his primary employer. “The extensive examples we present here reveal repeated failures to disclose conflicts of interest and a degree of disclosure shortcomings that indicate Dr. Hilborn was either careless, or he was aware of his omissions and how full disclosure would have been perceived.”

The researcher counters by accusing Greenpeace of attacking him over funding because the science he has done “threatens their repeated assertions that overfishing is universal and that the oceans are being emptied.”

Hilborn alleges that the environmental group brings up this issue now because he is scheduled to receive the International Fisheries Science Prize in two weeks.

“In my plenary address I will be showing where overfishing is declining or largely eliminated, as well as where it remains a problem,” he stated. “This is a message Greenpeace seeks to discredit.”

While Hilborn points to other sources of funding for the university’s research, he does not respond to the money he pockets for “consulting” services. In addition, his excuse for not providing the sources of his funding when he is published in journals rings hollow.

It’s not clear why Hilborn would find this level of  transparency so arduous. From Big Oil’s funding of research to obfuscate the science of climate change to Monsanto’s payments to scientists in the field of genetically modified crops and journalists covering the industry, there are simply too many examples of corporations trying to buy favorable research.

At the very least, it would seem that researchers whose conclusions are controversial, like Hilborn, would support full transparency to ensure that their findings are unimpeachable.