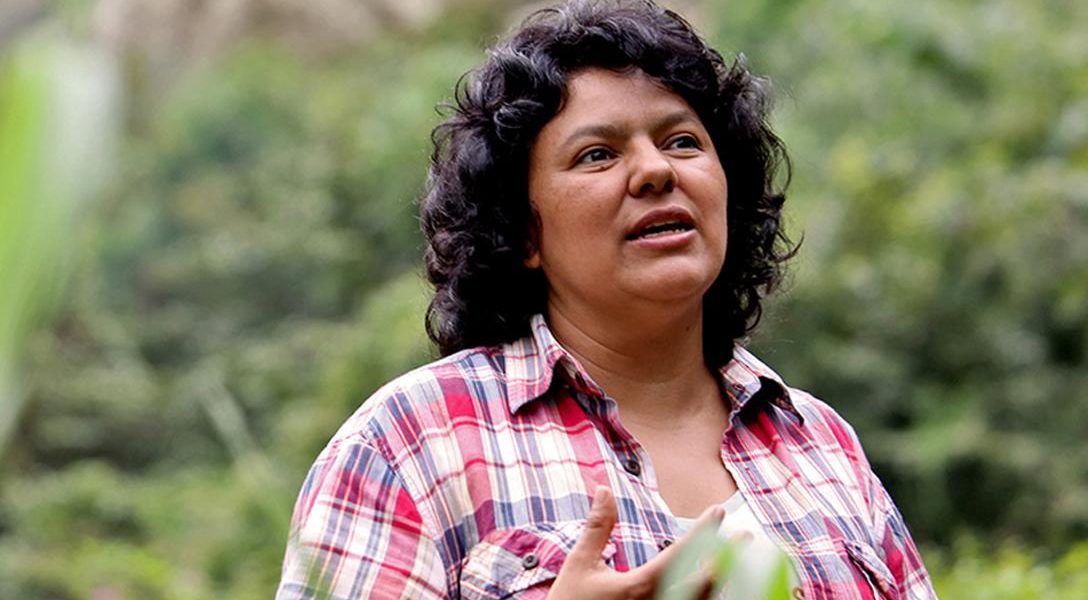 Award-winning environmental and indigenous rights activist Berta Cáceres was murdered in her home on Thursday – the day before her 46th birthday.

When she won the prestigious Goldman Environmental Prize last year, she dedicated it to “the martyrs who gave their lives in the struggle to defend our natural resources.”

Now she is one of them.

Honduran police told local news that the death was the result of a robbery gone wrong – a claim that was immediately rejected by friends and family of the activist.

Cáceres was the co-founder of the Council of Popular and Indigenous Organizations of Honduras (COPINH). In her latest project, she was working to stop the construction of a hydroelectric dam on the Gualcarque River, saying that the project would fundamentally impact the local community.

“In the last few weeks, violence and repression towards Berta, COPINH, and the communities they support, had escalated,” her group said in a statement.

“In Rio Blanco on February 20th, Berta, COPINH, and the community of Rio Blanco faced threats and repression as they carried out a peaceful action to protect the River Gualcarque against the construction of a hydroelectric dam by the internationally-financed Honduran company DESA.

“As a result of COPINH’s work supporting the Rio Blanco struggle, Berta had received countless threats against her life and was granted precautionary measures by the InterAmerican Commission for Human Rights.”

When she won the Goldman Environmental Prize for her activism, Cáceres called on the world to “build societies that are able to coexist in a dignified way, in a way that protects life.”

Now the Honduran government is already being criticized for not protecting her life, despite the threats she received.

“Let’s wake up, humankind,” Cáceres said last year in her acceptance speech. “We are out of time. We must shake our conscience free of the rapacious capitalism, racism and patriarchy that will only assure our own self-destruction.”

John Goldman, the president of the Goldman Environmental Foundation praised Cáceres as a “fearless environmental hero. She understood the risks that came with her work, but continued to lead her community with amazing strength and conviction.”

James Nealon, the US ambassador to Honduras, called for “a prompt and thorough investigation” into the killing. Nealon said he had spoken with the Honduran government and offered the assistance of the United States.

“I am shocked and saddened to hear that Berta Cáceres was assassinated last night. It takes a special type of bravery to risk your life fighting for justice,” said Rep. Keith Ellison (D-MN). “Berta knew her life was in danger, and she fought anyway. She put everything on the line by standing up for the indigenous people of Honduras. The least we can do is stand with her.”

(Please see our earlier story on this disturbing subject, Damn Dams — The Dirty Secret of Hydropower.)