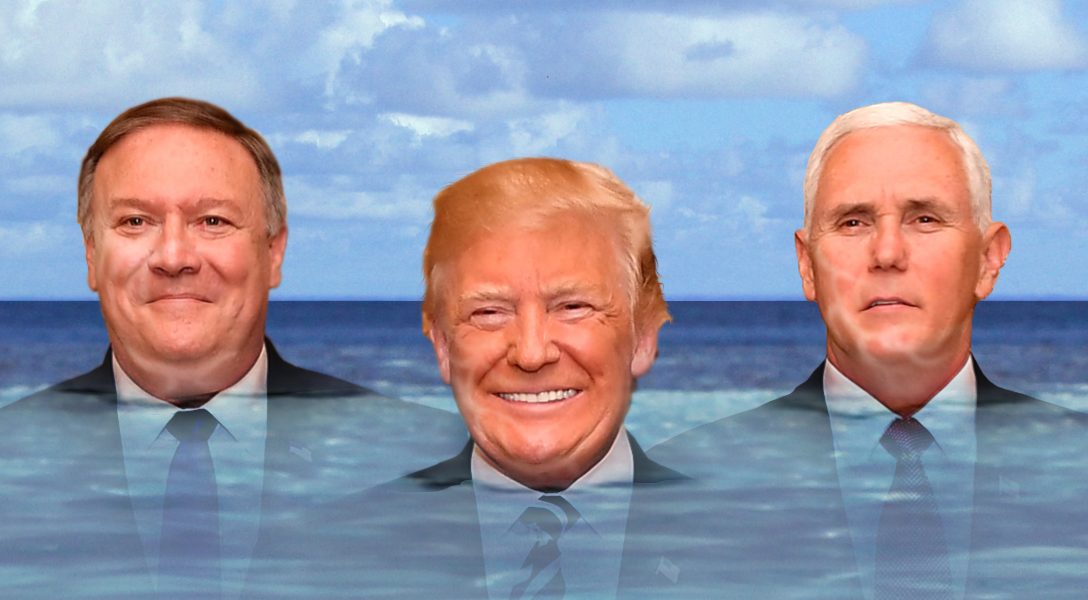 If the hot air coming out of politicians’ mouths contributed toward climate change, the planet would be warming at an even more alarming rate.

The quotes below not only demonstrate astounding ignorance, they also illustrate why humanity is in so much trouble.

Global warming's for real y'all. Someday there won't be any rappers with ice in their names. Only water. Water-T. Water Cube. Vanilla Water.

TAPPER: But I want to ask you a question about climate change. The director of national intelligence, Dan Coats, said in a January report on worldwide threats that the climate emergency is — quote — “likely to fuel competition for resources, economic distress and social discontent.” It is a priority for the DNI, Coats.

The EPA this week, however, rolled back part of President Obama’s Clean Power Plan, letting states set their own limit for coal power plants emissions.

Do you think human-induced climate emergency is a threat to the United States?

PENCE: Well, what — what I will tell you is that we will always follow the science on that in this administration.

TAPPER: The science says it is.

PENCE: But what — but what we — but what we won’t do — and the Clean Power Plan was all about that — was hamstringing energy in this country, raising the cost of utility rates for working families across this country—

TAPPER: But is it a threat?

PENCE: —while other nations like China and India absolutely do nothing or make illusory promises decades down the road to deal with it.

PENCE: …with clean coal technology, we’re seeing — we’re seeing a significant reduction in carbon emissions all across this country.

PENCE: I think the answer to is going to be based upon the science.

TAPPER: I’m asking you what you think.

PENCE: There is many in the science that…

TAPPER: The science community in your own administration, at NOAA…

Global warming isn't real because I was cold today! Also great news: World hunger is over because I just ate.

TAPPER: …at the DNI, they all say it is a threat.

PENCE: I got it. Look, what the President—

TAPPER: But you won’t, for some reason.

PENCE: —has said, what we have said is that we’re not going to raise utility rates. Remember what President Obama said?

TAPPER: But it is not a threat?

PENCE: He said — he said — he had his climate change plan. He said it is necessarily going to cause utility rates to skyrocket, and that would force us into these green technologies.

Now you have got Democrats all running for president that are running on a Green New Deal that would break this economy.

PENCE: I think we’re making great progress reducing carbon emissions, America has the cleanest air and water in the world. We will continue to use market forces…

TAPPER: That is not true. We don’t have the cleanest air and water in the world. We don’t.

Plot idea: 97% of the world's scientists contrive an environmental crisis, but are exposed by a plucky band of billionaires & oil companies.

Pat Robertson — founder of Regent University in Virginia, chairman of the Christian Broadcasting Network, and host of The 700 Club — believes he can control the weather with prayer. After all, he said, Jesus commanded the sea, and the waves of the sea of Galilee, to be still.

On Monday, September 10, 2018, he asked his audience to pray that Florence would “spare the area” and commanded the storm to “go harmlessly into the Atlantic. Go up north away from land and veer off, in the name of Jesus.” But when it came to his own properties, he was quite specific:

Why? Because God’s people prayed and that’s what happened. This is a miracle ladies and gentlemen … When we pray, God does miracles.

Well, not quite. Florence caused extensive damage, but mostly in the Carolinas. Sen. James Inhofe (R-OK) displays and tosses a snowball in the Senate in a famous attempt to debunk the “myth” of climate change. Photo credit: C-SPAN / YouTube

If I were ever abducted by aliens, the first thing I’d ask is whether they came from a planet where people also deny science.

The following are from Goodreads.