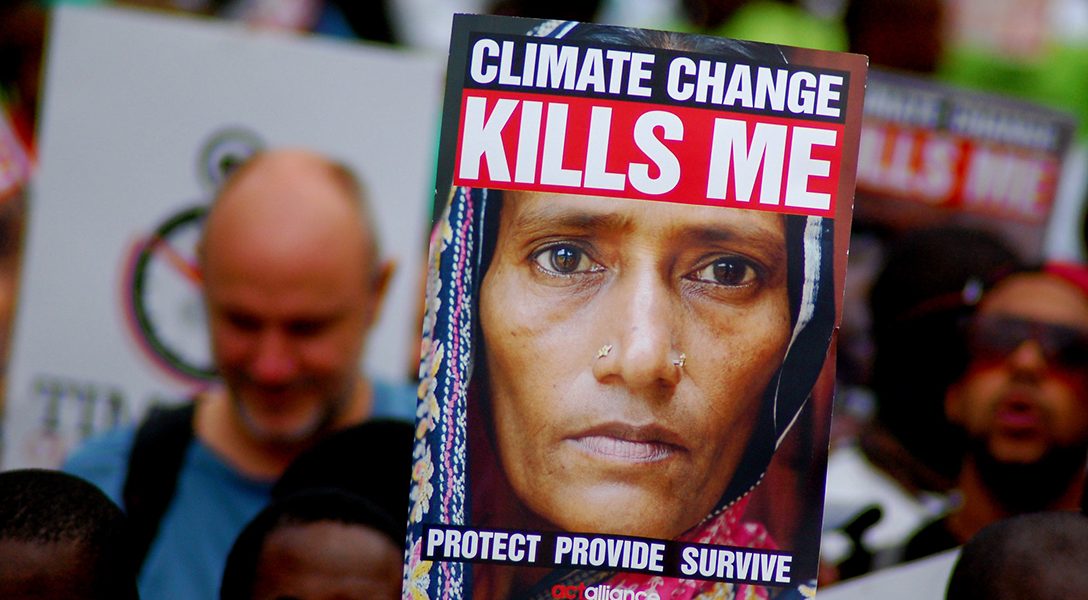 Climate Change: Killing the Planet or Killing You?

The apathy of many world leaders, corporations, and individuals toward climate change has been vexing and frustrating to those who understand the devastating impact of the problem. What would it would take to spur the world’s population into doing something to save humanity?

What if climate change is already taking years off the life expectancy of people across the globe? There’s increasing evidence that it is. And highlighting this more immediate aspect of the problem could be the key to gaining more traction with the public.

However, tying a concrete decline in overall life expectancy to climate change is difficult.

“Quantifying the impact on life expectancy in particular is extremely challenging because of the countless pathways that a changing climate can impact mortality,” Illissa Ocko, a climate scientist at the Environmental Defense Fund, told WhoWhatWhy.

Nevertheless, the data does suggest a correlation between decreased life expectancy and increased climate change as well as the factors that cause it.

According to a report by the Intergovernmental Panel on Climate Change (IPCC), a decline in life expectancy is predicted by 2100 if a worst-case scenario of the earth warming by 3 degrees Celsius comes to pass. However, it is likely we will not have to wait 8 decades to feel those effects.

Experts agree there is no shortage of ways in which climate change can contribute to premature death today.

“Sicknesses, injuries, and death can occur directly from increased exposure to intense extreme events and worsened storm surges,” she noted. While this may sound like something out of the apocalyptic movie The Day After Tomorrow, Ocko said we are already feeling the consequences.

A US flag hangs in front of a burning structure in Black Forest, CO, June 12, 2013. The structure was among 360 homes that were destroyed in the first two days of the fire, which had spread to 15,000 acres by June 13. Photo credit: U.S. Department of Defense Current Photos / Flickr

“The wildfire season in the western US is now 3.5 months longer and burns six times as many acres annually than during the 1970s; and strong hurricanes off the east coast of the US have increased in frequency and intensity since the 1970s, and are intensifying more rapidly and moving more slowly,” Ocko explained.

Although the increasing frequency of such events is hardly deniable, it can still be difficult for those not immediately affected to imagine death as the result of a wildfire or hurricane.

It may be equally difficult to grasp that air pollution, a major indicator of climate change, can kill in more intangible and mundane ways, such as a fatal heart attack.

“Air pollution has been estimated to contribute to 20,000 of the fatal heart attacks [per year in the US],” Byron told WhoWhatWhy.

Heart attacks aren’t the only way climate change and its causes are potentially killing people. Climate change is also a factor in other common health issues for many Americans.

“Evidence suggests particulate matter contributes to about 3 million cases worldwide, and approximately 300,000 cases in the United States, or 6–7 percent of the total number of cases of Alzheimer’s disease,” Lori Byron added. “We know that heat and particulate matter cause preterm labor. So about 16,000 babies are born premature in America because of that.”

The more vulnerable the community, the greater the potential impact.

“It’s important that discussions around the climate crisis center on human impacts,” Ryan Schleeter, senior communications specialist for Greenpeace USA, said. “Particularly, they should center on the communities who are most vulnerable to climate change and fossil fuel pollution, which in the United States are overwhelmingly black, brown, and indigenous.” “Disruption to societal systems from climate change, such as diminished food production and water supply, damages to infrastructure, relocation of communities, and declines in tourism, can lead to malnutrition, conflict, mental health illnesses, and even suicide,” Ocko said.

Despite all of these potential effects on mortality, some scientists are still reluctant to claim a direct causal relationship between increased climate change and lowered life expectancy.

Although we know that climate change is a factor in preterm labor, it is not the only cause, Lori Byron explained.

“16,000 babies are born premature in America [per year], but that’s only three percent of preterm births. So a lot of other things cause it too,” she noted. “You can’t say it’s one-to-one. If you’re a smoker and you have a heart attack, or you’re a smoker and you have a premature baby, that might have caused it, but you can’t say with 100 percent certainty that that caused it. And it’s the same with air pollution.”

Life expectancy encompasses anything that causes premature death, she explained. “When you pull in life expectancy, you’re pulling in every other thing that shortens life, from cancer, to car wrecks to alcohol. That just makes it much more complicated.”

“One can imagine how difficult it would be to include all of the ways that climate change can impact mortality,” Ocko said. “Air pollution is now the biggest environmental risk for early death, it is responsible for as many as 7 million premature deaths each year from heart attacks, strokes, and other respiratory diseases, which is more than AIDS, tuberculosis and malaria combined.”

Here Are the (Surprising) Other Things Climate Change Has Changed

These complications may explain why life expectancy is mysteriously absent from many discussions, reports, and statistics. Reports where it is cited, such as the one by the IPCC, do not focus on it.

“We’ve been keeping up with the literature for years and [life expectancy] is hardly mentioned at all in regards to climate change,” Lori Byron said.

But do scientists think it should be quantified? Again, the answer is complicated.

“In theory, decreased life expectancy would certainly be a compelling talking point to bring awareness and urgency to climate change, as it makes the crisis more personal,” Ocko said. “But again, it is so hard to quantify and have confident statistics about anticipated changes.”

However, activists like Schleeter still believe it is important to include life expectancy in the climate change discussion.

“Climate change is already undercutting people’s health and well-being; framing this around life expectancy is another important way to approach that conversation,” Schleeter noted.

According to Robert Byron, quantifying the potential effects of climate change on life expectancy  might actually hurt climate change awareness, as some of the statistics and findings involved in this complex issue appear contradictory to the untrained eye.

Opposed to that, there is evidence that climate change, from possibly a variety of different mechanisms, can increase the risk of heart attacks or cardiovascular diseases and death.”

“In terms of awareness, that could lead to a lot of confusion,” Byron added. “That compromises the message that climate change is a crisis and impacting our health.”

Despite not seeing completely eye-to-eye, some scientists believe that health risks should be a main focus.

Said Ocko: “A good avenue forward may be focusing more on climate change worsening air quality, and how air quality impacts life expectancy, of which there is a clear and direct relationship.”