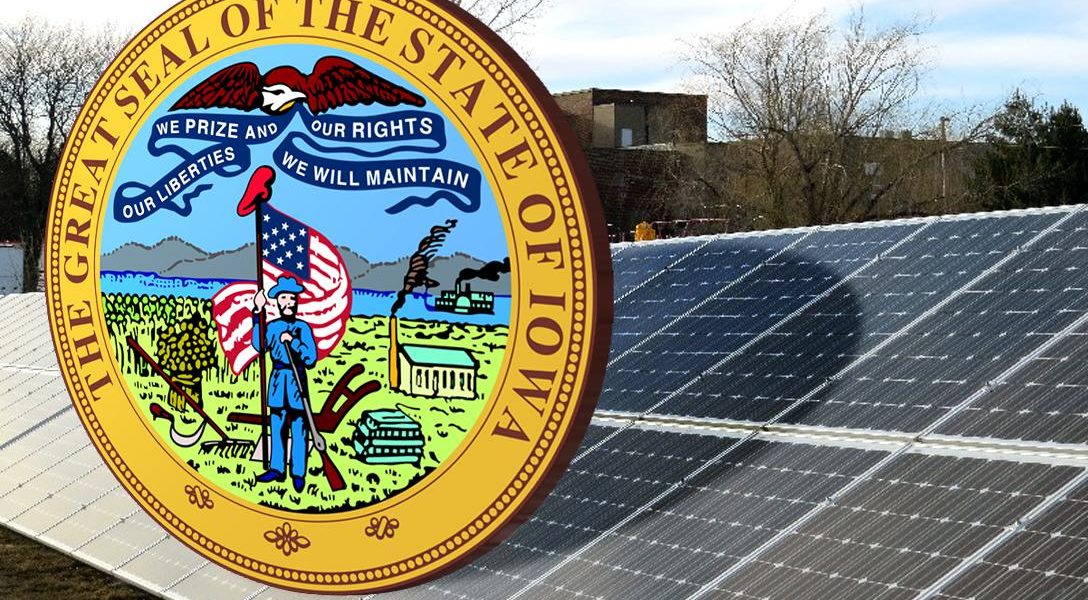 Can the Koch Brothers Block the Sun? An Experiment in Iowa

Last year, Darrell Smith, the superintendent of a school on the verge of financial ruin, had an idea that could save it: switch to solar power. Hog and turkey farmers were already using it, he thought, so why not a school?

Thanks to Smith’s inspiration, the WACO Community School in Crawfordsville, Iowa, took the bold step of investing over $1 million in solar energy. The gamble paid off: The school cut electricity bills by 90 percent, and school officials were barraged with inquiries from those interested in emulating the project.

But saving money through clean energy apparently did not sit too well with powerful figures in the fossil fuel lobby, who would like to undercut any moves toward solar.

WhoWhatWhy first reported on the Iowa initiative last August. Nine months later, in time for Earth Day, we decided to check in on the project.

Combatting climate change requires constant vigilance against the well-funded anti-solar forces, which is why we are watching this one closely.

We found that its successful implementation generated local press coverage throughout Iowa, piqued the interest of other budget-conscious administrators, and helped the school district avoid a budget crisis.

But the increasing number of Iowans relying on solar power also attracted the attention of Iowa’s major utility company and a lawmaker affiliated with the American Legislative Exchange Council (ALEC) — a conservative nonprofit funded by the Koch brothers that has pushed for anti-solar legislation across the country.

Arrayed against this Koch-supported opposition is a coalition of local educators. In addition to Smith, there is Jeff  Nance, principal of WACO’s junior and senior high school, and Norm Atwood, manager of the renewable energy company, Atwood Electric, which installed the panels.

“It was the first big project in the state,” Atwood said. After completing the installation last year, his company began receiving calls from other school administrators around the state.

“We talk to schools and everybody knows about that project. [Superintendent Smith] told us that his phone was ringing off the hook with questions.”

Since then, Atwood has submitted bids to install solar panels in Cardinal, Davenport, and Iowa Falls.

“A Lot of Politics Going On”

Still, it hasn’t been all sunshine and roses. Though the panels themselves have worked as planned, Nance said that Alliant Energy, a utility company that operates throughout Iowa and Wisconsin, changed the rules on how the district sells back any excess energy it generates.

The original plan stipulated that when the panels generated more energy than the school could use, the district would sell that excess energy to Alliant at an agreed-upon price. But according to Nance, “Alliant has a little bit of a monopoly,” and the utility decreased the reimbursement rate for excess energy.

The district initially estimated saving over $100,000 by the end of the school year, but now Nance is estimating savings of around $30,000, which he pointed out is still a significant boost to the school budget.

“There’s a lot of politics behind the scenes going on,” Atwood said. That is evidenced by legislation proposed by GOP Rep. Dave Heaton, a member of ALEC, who introduced a bill in the Iowa legislature that would further reduce the amount utilities had to pay to customers who generate excess energy with a solar installation.

Similar battles over solar are being fought nationwide. Nevada’s utilities commission announced increased monthly fees and decreased reimbursements for solar users — in addition to a retroactive erasure of any savings generated from solar.

The New York Times noted that Nevada Governor Brian Sandoval has received donations from NV Energy, a utility company that was once an ALEC member.

Where the Sun Shines

Atwood expressed doubts that something similar could happen in Iowa, as many Iowan farmers support and use solar. In fact, he said there’s a lot of frustration that the utilities “have a monopoly and we don’t have a choice of where we buy power from, and now that we own power they change the rules so that we can’t benefit from it much.”

Of course, there are benefits from using solar energy that go beyond the purely financial. Nance said that science teachers are using solar panels in their classrooms to teach kids about power generation and to start conversations about energy conservation.

Overall, Nance said, the community’s reception to the solar panels has been positive, aside from a few complaints about aesthetics. At the right time of day, the solar panels will reflect blinding light into the windows of homes across the street from the school.

“One guy said he could fry an egg on his forehead because of the light,” Nance said. “Now that’s something I’d like to see.”