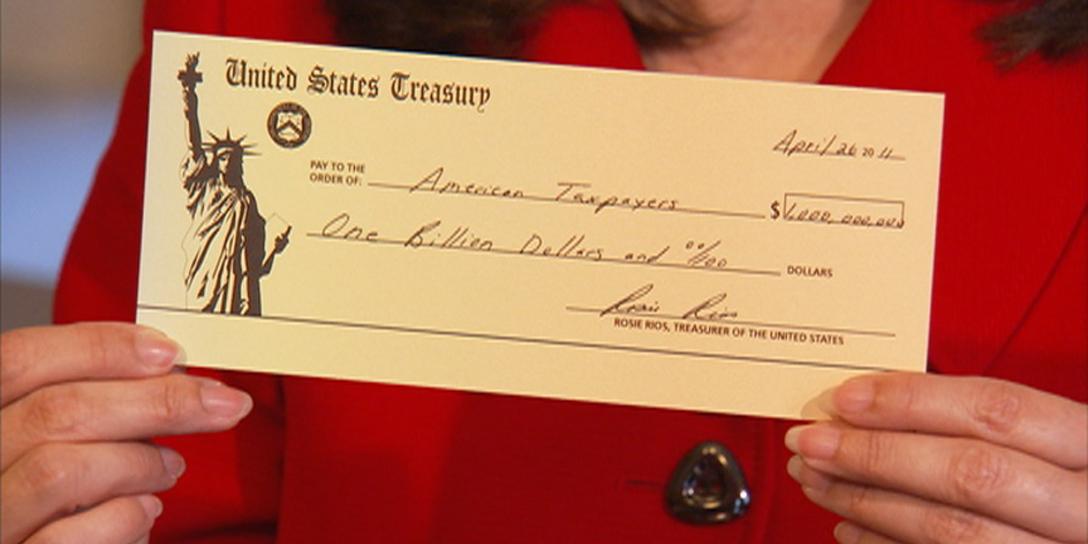 Will American taxpayers be footing the bill for big oil in a big way? Photo credit: U.S. Department of the Treasury / Flickr
Environment

Can Big Coal Pull Off Another Dirty Trick?

As a taxpayer, how would you like to contribute $20 of your money to clean up the unsightly and unhealthy messes left behind by Big Coal?

According to a new report compiled by a coalition of environmental groups, that is exactly the scenario that may be playing out in Wyoming and other Western states.

In many ways, this story is a classic tale of American capitalism: Major corporations mined coal, a fossil fuel the US economy needed to grow. They made a healthy profit, in part because they were subsidized by taxpayers to the tune of $1 billion per year over the past three decades. In addition to producing coal, a mighty contributor to global warming, in the process they also defiled large areas of land and devastated the health of miners—and then tried to deny their sick  workers the benefits to which they were entitled.

Now that these coal companies are fast becoming fossils themselves, it looks as though they might get away with sticking the public with a bill one last time.

“The era of Big Coal is over, but there’s a new risk to the [American] West from the very real threat that the coal industry is poised to walk away from its obligations to restore public lands, leaving behind destroyed watersheds, devastated landscapes, and billions of dollars in unpaid bills,” said Amanda Jahshan of the Natural Resources Defense Council (NRDC).

The NRDC has partnered with the Western Organization of Research Councils (WORC) and the National Wildlife Federation (NWF) to investigate how the coal companies are living up to their legal mandate to restore the Western lands they scarred for coal extraction.

And what has this environmental coalition discovered? The short answer: things are not going well. Of the 450 square miles of mined lands in Wyoming, North Dakota and Montana, coal companies have reclaimed just 46 square miles—about 10% of their legal obligation.

To boot, the companies were supposed to provide securities to ensure that they would restore the land. Now, however, the financially strapped corporations are increasingly deploying a trick called “self-bonding,” which allows them to pretty much offer assurances instead of actual securities. Trains carting tons of coal are just one of the secondary sources of pollution caused by coal mining. Photo credit: Kimon Berlin / Flickr

For obvious reasons, this process has become immensely popular with mining companies.

With the coal industry on the ropes, there is a good chance that taxpayers will get stuck with that bill when mining companies start going under.

That is why activist groups are calling on the federal and state governments to step in now to ensure prompt compliance with the law.

“It is past time for state and federal regulators to aggressively exercise their authorities to get these lands reclaimed,” said Bob LeResche, the WORC chair. “Timely reclamation work is a win-win for our Western communities: it re-opens land for livestock and recreation, it creates good job opportunities, and it minimizes huge risks to the public if a coal company defaults in the future on its bond obligations.”

Even if the financial aspect of reclamation could be addressed, the environmental impact of mining will be felt for many years, according to Jim Lyon, NWF’s vice president of conservation policy.

“The fragile sage steppe environment of the West, which is home to the imperiled sage grouse, mule deer, pronghorns and hundreds of other species, may take decades to recover to pre-mining conditions,” he said. “State and federal governments must do more to hold coal companies accountable for the damage they’ve created by enhancing enforcement of the law that protects our lands, water, and wildlife.”

If history is any guide, however, it is unlikely that federal and state governments will bail out the environment in the same way they have been aiding mining companies for the past 30 years. Public pressure could, of course, change all that.