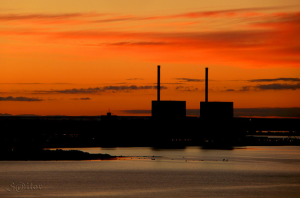 With the nuclear crisis in Japan, suddenly the safety of nuclear energy is of interest everywhere.  What will the United States do under Obama? If forgotten history is any measure, perhaps not nearly enough.

First, the current context. As the New York Times reported the other day,

Mr. Obama is seeking tens of billions of dollars in government insurance for new nuclear construction, and the nuclear industry in the United States, all but paralyzed for decades after the Three Mile Island accident in 1979, was poised for a comeback.

Now, that is all in question as the world watches the unfolding crisis in Japan’s nuclear reactors and the widespread terror it has spawned…..

With the Japanese catastrophe, American politicians are reverting to form: When something really troubling seizes public attention, the pols urge caution, and wait for things to—figuratively if not literally—blow over.

“I think it calls on us here in the U.S., naturally, not to stop building nuclear power plants but to put the brakes on right now until we understand the ramifications of what’s happened in Japan,” Senator Joseph I. Lieberman, independent of Connecticut and one of the Senate’s leading voices on energy, said on CBS’s “Face the Nation.”

Thinking about Obama and his recent efforts to promote nuclear energy as a viable substitute for fossil fuels, I recalled something I had read back in 2008. Even though it was on the front page of the New York Times back in those early days of the presidential campaign, it never caught on. Most people I ask don’t remember this at all. Back then, it troubled me. And still does.

Here it is, from Feb. 3, 2008. Someone put such a bland headline on it that a lot of folks probably never found out what lay beneath the surface. [bold type is mine, for emphasis]

When residents in Illinois voiced outrage two years ago upon learning that the Exelon Corporation had not disclosed radioactive leaks at one of its nuclear plants, the state’s freshman senator, Barack Obama, took up their cause.

Mr. Obama scolded Exelon and federal regulators for inaction and introduced a bill to require all plant owners to notify state and local authorities immediately of even small leaks. He has boasted of it on the campaign trail, telling a crowd in Iowa in December that it was “the only nuclear legislation that I’ve passed.”

“I just did that last year,” he said, to murmurs of approval.

A close look at the path his legislation took tells a very different story. While he initially fought to advance his bill, even holding up a presidential nomination to try to force a hearing on it, Mr. Obama eventually rewrote it to reflect changes sought by Senate Republicans, Exelon and nuclear regulators.The new bill removed language mandating prompt reporting and simply offered guidance to regulators, whom it charged with addressing the issue of unreported leaks.

Those revisions propelled the bill through a crucial committee. But, contrary to Mr. Obama’s comments in Iowa, it ultimately died amid parliamentary wrangling in the full Senate.

“Senator Obama’s staff was sending us copies of the bill to review, and we could see it weakening with each successive draft,” said Joe Cosgrove, a park district director in Will County, Ill., where low-level radioactive runoff had turned up in groundwater. “The teeth were just taken out of it.”

The history of the bill shows Mr. Obama navigating a home-state controversy that pitted two important constituencies against each other and tested his skills as a legislative infighter. On one side were neighbors of several nuclear plants upset that low-level radioactive leaks had gone unreported for years; on the other was Exelon, the country’s largest nuclear plant operator and one of Mr. Obama’s largest sources of campaign money…..

Since 2003, executives and employees of Exelon, which is based in Illinois, have contributed at least $227,000 to Mr. Obama’s campaigns for the United States Senate and for president. Two top Exelon officials, Frank M. Clark, executive vice president, and John W. Rogers Jr., a director, are among his largest fund-raisers.

Another Obama donor, John W. Rowe, chairman of Exelon, is also chairman of the Nuclear Energy Institute, the nuclear power industry’s lobbying group, based in Washington. Exelon’s support for Mr. Obama far exceeds its support for any other presidential candidate.

In addition, Mr. Obama’s chief political strategist, David Axelrod, has worked as a consultant to Exelon….

Now, you may be pro-nuclear, or anti-nuclear, pro-Obama, anti-Obama or somewhere in the middle. But with the developments in Japan, the only thing safe is…. to start paying close attention to developments here at home. To complex technical matters we leave to “experts” without knowing if we can really trust them. And to money in politics, and how harmful it can be—indirectly and even sometimes directly—to our health.