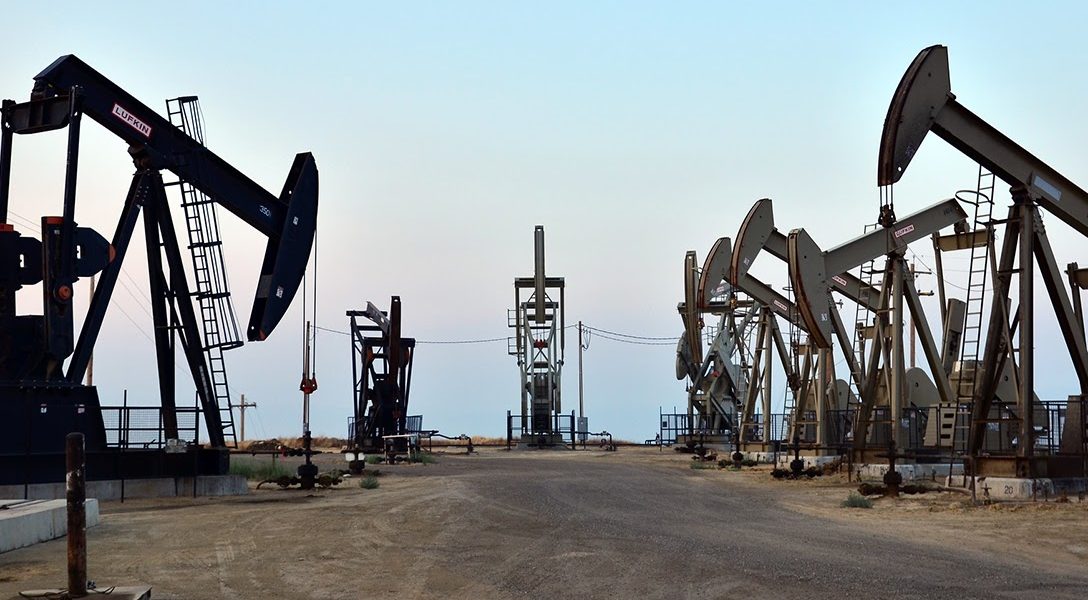 As experts representing nearly all of the world’s countries came together in Madrid to stave off a climate catastrophe, a new report revealed that the oil and gas industry will make sure that goal cannot possibly be achieved.

Over the next five years, oil and gas companies will pour $1.4 trillion into new extraction projects, according to a report published by the Global Gas and Oil Network, an NGO working to promote the decline of oil and gas production. This would virtually assure that the planet will heat more than the 1.5°C threshold that is widely considered to be the point at which things go from bad to worse for humankind.

The latest Intergovernmental Panel on Climate Change (IPCC) special report finds that, in order to stave off cataclysmic global warming, we have to quickly shift our energy system away from fossil fuels. The IPCC predicts that 87 percent of oil and 74 percent of gas usage will need to be phased out by mid-century in order for the world to stay below 1.5°C of warming.

Like many other fossil fuel companies, ExxonMobil has paid a good deal of lip service to the climate crisis in recent years.

“We believe that climate change risks warrant action and it’s going to take all of us — business, governments and consumers — to make meaningful progress,” the company says on its website.

However, actions speak louder than words. ExxonMobil committed to plunging $14.3 billion into new extraction by 2024.

“Investment in oil and natural gas is required to replace natural decline from existing production and to meet future demand,” says Exxon in a statement.

“Despite any toothless commitments or rhetoric that fossil fuel companies give, they are continuing upon their paths of destruction,” Lindsay Meiman, senior regional communications specialist at 350.org, told WhoWhatWhy. “Fossil fuel companies have proved time and time again that they will never change their stripes.”

The Elephant in the Room

COP 25 was a disappointing failure in a series of inadequate climate conferences which have done nothing to keep us from hurtling to the point of no return. Emissions set a record in 2018 and again in 2019.

“We’ve had 25 years of climate conferences now and we’ve yet to arrive at a set of solutions that will prevent climate change. Even in the best-case scenario, Paris [COP 21] won’t get us where we need to be. Why?” asked Jesse Bragg, media director at the nonprofit Corporate Accountability. “[Because of] trade associations and fossil fuel representatives in the room. We have to wonder what their influence is doing to these negotiations.”

Trade associations say it’s important to include energy corporations in climate change conferences, since they will be tasked with executing real change.

“[Trade associations’ and fossil fuel lobbying groups’] presence presents a conflict of interest and calls into question the integrity of the outcomes of these climate conferences,” said Bragg.

In the Paris agreement, the most important global effort to stymie climate change, almost every country around the world vowed to work to pursue efforts to limit global warming to 1.5°C.

Since then, many countries, including some of the world’s biggest polluters — the US, China, and India — have increased their emissions.

These emissions largely come from the burning of fossil fuels. In 2017, carbon dioxide (CO2) from burning fossil fuels accounted for 76 percent of human-caused greenhouse gas emissions in the US, according to the United States Energy Information Administration.

“The Paris agreement was very carefully crafted not to step on the toes of the most powerful industry in the world,” Bragg said.

Will ExxonMobil Fool Us Again?

Donald Trump vs. the Tide of History on Climate Change

This year, at COP 25, it was much of the same. “As at all COPs, there were a large number of fossil fuel executives at COP25, sitting next to delegates, sitting with them at lunch and influencing outcomes,” said Bragg.

The International Emissions Trading Association, which was started by British Petroleum, sent 142 delegates to the conferences. That is almost double the amount of delegates the US sent.

“You have a set of governments who are genuinely feeling the impact of this crisis now and are urgently and desperately trying to move solutions through that will try to relieve this at home,” said Bragg. “Then, you have people who are working to protect industry. Those tend to be incompatible objectives.”

As long as there is money flowing into fossil fuels, said 350.org’s Meiman, it will obstruct any progress toward constraining climate change.