Josephine Baker Is Having a Moment

Before Beyoncé, before Oprah Winfrey, before Diana Ross, before Venus Williams and Pam Griers and Hattie McDaniel, there was Josephine Baker.

A Black female star when lynching was still common in the United States, when intermarriage was illegal, and people of color were regularly denied service and had to use the back entrance, Baker was the toast of Paris. This was in the 1920s, and no history of this city is complete without her story. She was a dancer, singer, and actor, known to the public as “the Black Pearl” or “Bronze Venus.”

Forty-seven years after her death, Baker certainly seems to be having a moment. Prince Albert II of Monaco recently opened an exhibit in her honor, unveiling a new sculpture of her in the Parc des Oliviers. And this month a petition was launched to have the Academy of Motion Pictures and Sciences award her a posthumous honorary Oscar. After all, she was the first actress of color to play the lead in a major film, Siren of the Tropics, in 1927. She starred in three more.

Though she died in 1975, it was only last year that she was memorialized in the Panthéon, the secular temple on the Left Bank dedicated to the great heroes of France. This is appropriate because it was France who adopted her and brought her close to its heart. Of the 81 people who have a place in that hallowed ground, she is one of only six women, and the only American.

Baker’s modernity extends to her sexuality; besides her four marriages, she had affairs with Colette and Frieda Kahlo, as well as Georges Simenon and Le Corbusier.

In our current mania for relitigating the cultural past, Baker’s stage performance can make for unsettling viewing. Viewed in silent movie clips, her famous “Danse Sauvage” seems to toy with racist tropes. She famously performed bare-chested, in beads and exuberant earrings and bracelets, wearing a skimpy skirt of artificial bananas. Sometimes she was accompanied by her diamond-collared pet cheetah, Chiquita, who had a habit of leaping into the orchestra pit. 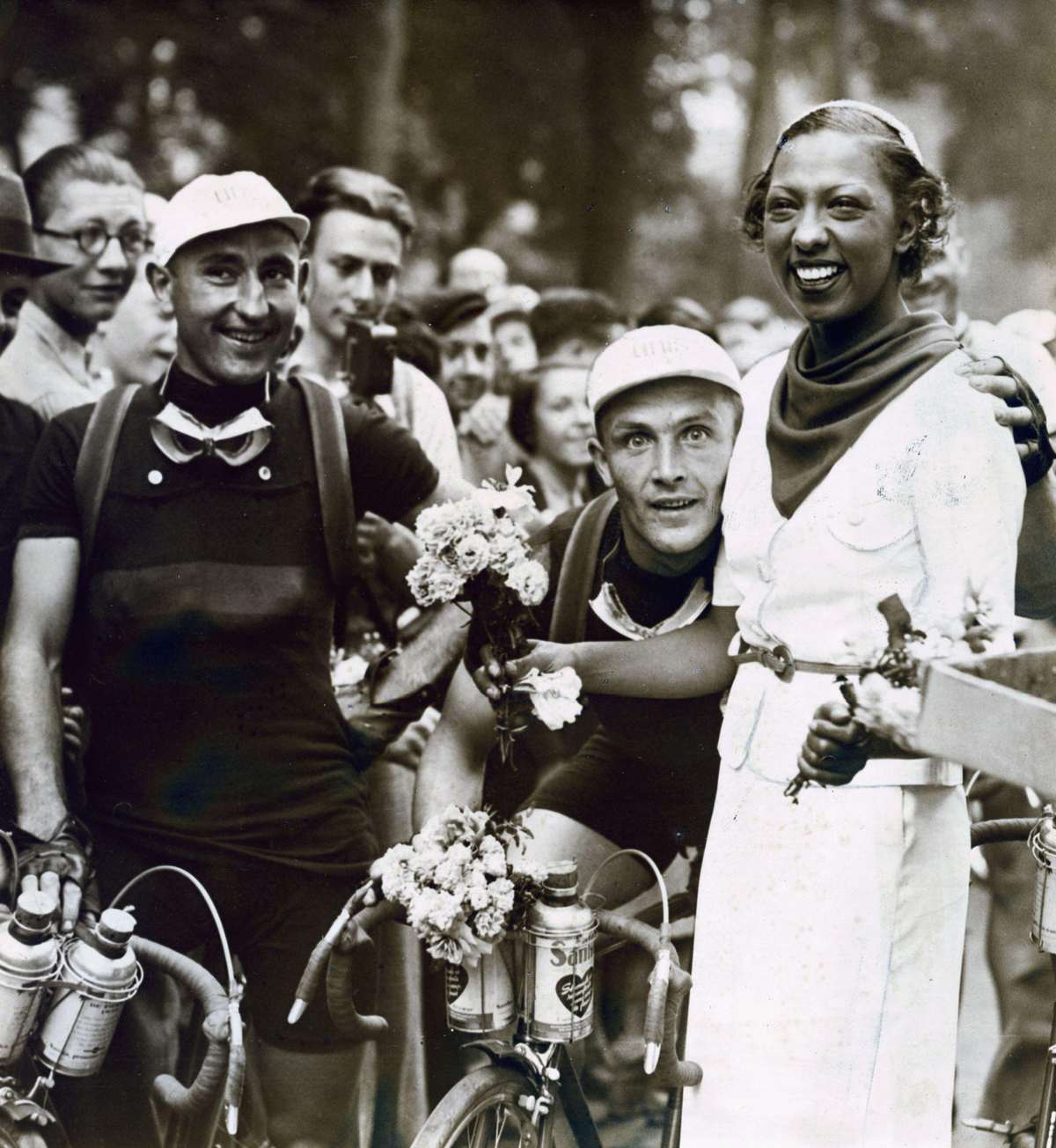 Baker grimaced and smiled cross-eyed as she hopped and bopped, bold and self-sexualized, in some echo or parody of an African tribal dance. Was she playing into racist stereotypes or ridiculing them? Or was she oblivious to the political effect of her movements and performing with an instinctual abandon?

She had a sculptural, Art Deco face, as precision-tooled as a Brancusi. Watching those brief film clips today, devoid of color, divorced from their music, it’s difficult to have a sense of the original effect, but her audience in the ’20s found her electrifying, and she was utterly unique. She was admired by Jean Cocteau, painted by Pablo Picasso, wire-sculpted by Alexander Calder. Hemingway called her “the most sensational woman anyone ever saw.” Shirley Bassey, citing her as her prime influence, proclaimed, “I swear in all my life I have never seen, and probably never shall see again, such a spectacular singer and performer.”

Her closest modern equivalent might be Grace Jones, who also plays with racial stereotypes and whose sharp features and glossy dark teak skin are catnip to photographers and stylists. But Jones doesn’t have the thunderclap of effect that Baker had in her prime, and a century on, Baker’s African-influenced, jazz-scored performances seem ahead of their time. Certainly she anticipated the cross-cultural influences that would be celebrated by some and criticized as appropriation by others (though it would be difficult to charge her, an African American, with the latter).

Recruited by French military intelligence at the outbreak of the Second World War, she used her fame to ingratiate herself with high-ranking diplomats and gather information. When traveling across borders, she carried important information written in invisible ink on her sheet music or pinned into her underwear. Having worked for the French Resistance in Morocco (screenwriters, take note), she was awarded a string of medals, including the Croix de Guerre, and made a Chevalier of the Légion d’Honneur by General Charles de Gaulle.

She wouldn’t perform to a segregated audience in the US after the war, and when she was refused service at New York’s Stork Club in 1951, she publicized the racist slight and caused a boycott of the premises (honored by Grace Kelly, a lifelong friend, amongst others). This marked the beginning of the end for the celebrated nightclub, but for actions like this she was labeled a Communist by the FBI, which tried to sabotage her career. Undaunted, she worked for the NAACP and was a foot soldier in the Civil Rights movement, marching on Washington with Martin Luther King in 1963, and introducing Rosa Parks at the rally at the Lincoln Memorial.

Years before Mia Farrow’s large adopted brood, Baker gathered 12 children from around the world, labeling them her “Rainbow tribe.” One of these was her late son Jean-Claude, whom I remember as a welcoming host at his New York restaurant Chez Josephine, decorated with posters and programmes from his mother’s career. His face lit up when I told him that my father had enjoyed one of his mother’s performances at Carnegie Hall.

She still sparkles as a major emissary of that celebrated Jazz Age, along with Charles Lindbergh, Charlie Chaplin, Scott Fitzgerald, Sergei Diaghilev, and George Gershwin. She would have known all of them.

Even her demise was majestic and cinematic; she died four days after a magnificent comeback concert at the Bobino in Paris, attended by such fans as Mick Jagger, Sophia Loren, Shirley Bassey, and Diana Ross. She was found stretched out peacefully on her bed, having suffered a cerebral hemorrhage, surrounded by her glorious reviews. A major motion picture of her life should be made, but who could play her?

Be content with watching the real thing, viewing those old movie clips online. They may be little more than an approximation of the original performance, but you get the idea. And it’s an unparalleled one.