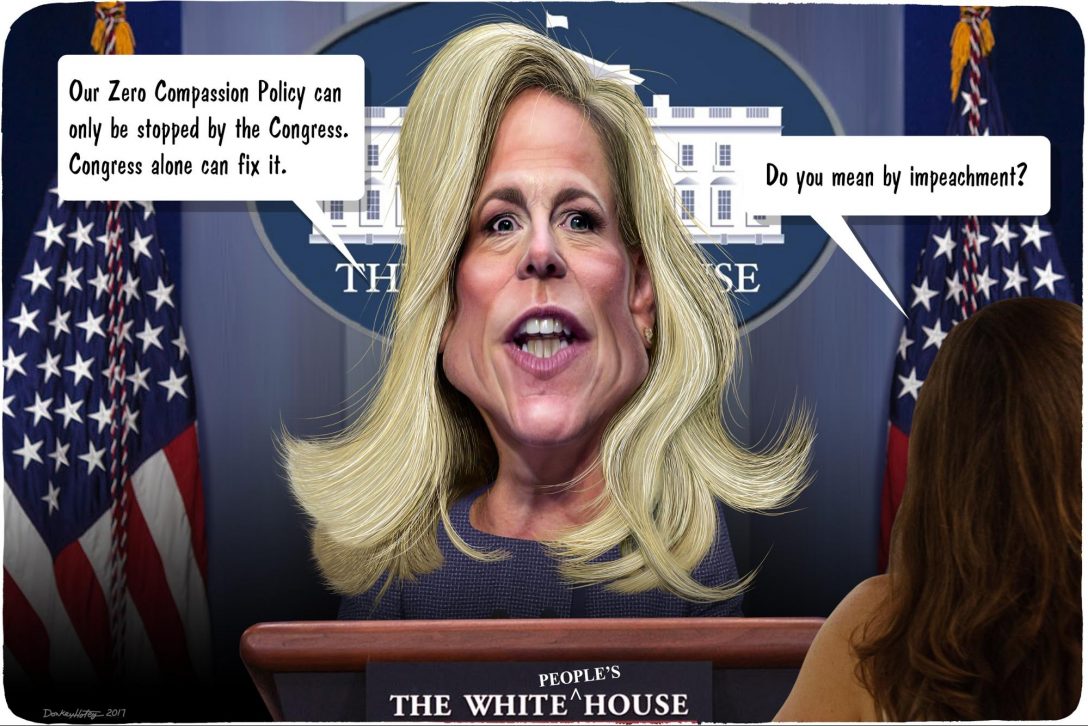 Not Who We Are? Racism Is as American as Apple Pie

When the effects of the Trump administration’s family separation policy became big news, a lot of people commented that “this is not who we are” or that “America is better than that.” Sadly, they are mistaken, because ripping (brown) children away from their parents is exactly in line with the US’s long history of deep-seated racism.

Whether it was the genocide of indigenous people, slavery, Jim Crow laws, the Chinese Exclusion Act and other laws discriminating against Asian immigrants, the internment of Japanese Americans, segregation, or the current-day separation policy, institutional racism has been a part of the United States every single day of its existence.

And those are just some of the highlights. Evidence of this racism can be found everywhere — if one cares to look. In the history of the US, the unemployment rate of whites has never been higher than that of minorities. Ever. One of the many reasons is that racism continues to play a role in hiring decisions.

On the other hand, minorities “outperform” whites when it comes to getting shot by cops. And African Americans do more time for committing the same crimes as whites.

Then there is the systematic voter suppression targeting minorities in many states. These laws, together with gerrymandered maps that pack minorities into a few districts, make it more difficult for people of color to have a say in who represents them across all levels of government.

It’s true some efforts are being made to reverse some of the inequalities that are so deeply ingrained in US society. But for every step forward, there are powerful forces working hard to maintain the status quo of a country mainly run by whites for whites.

Ultimately, that is not a sustainable model. Just this week, the Census Bureau announced that, for the first time in US history, the number of white people decreased. At some point in the not-so-distant future, whites will no longer be a majority. It stands to reason that this might then translate into greater fairness.

But the people who have been in charge since the birth of the nation won’t give up their power without a fight. They never have. This might explain the election of Donald Trump more than anything else. After eight years of having an “other” in the White House, many whites, especially those who struggled and blamed those others for their own situation, were lapping up his message of “Make America Great Again,” with its white nationalist undertones.

Trump has certainly delivered, as we have pointed out, in particular by marginalizing and dehumanizing brown people, and giving whites the sense that they are superior.

Perhaps most important to his supporters, he has done it overtly. Many of his policies are no more racist than those of some of his predecessors; the difference is that he doesn’t hide it. Indeed, he conveys to his supporters that he is ready to turn back the clock to a time when they also didn’t have to hide how they felt about the “other.”

In that way, Trump may actually be doing the country a service in the long run, because he is pulling back the curtain on the ugliness that has existed all along but that few are willing to acknowledge or talk about. It is this history of self-deception that allows people to proclaim against all the facts that “this is not who we are.”

The president and his supporters are showing the rest of the world precisely what the US is — or at least what the country has long been.

Ironically, Trump may actually be a catalyst for change. The civil rights movement drew energy from the new technology of television; just as TV sets became popular, the country watched in horror as racism revealed its ugly face in the murder of Emmett Till, the Birmingham bombing, Bloody Sunday, and many more. These events and the accompanying images made it much more difficult for people who had long turned a blind eye to racism to pretend that things were fine.

Maybe Trump will have a similar effect. If Americans don’t like what they are seeing, they have to ask themselves what they are going to do about it. Only if they are willing to act will they have earned the right to say, “That’s not who we are.”