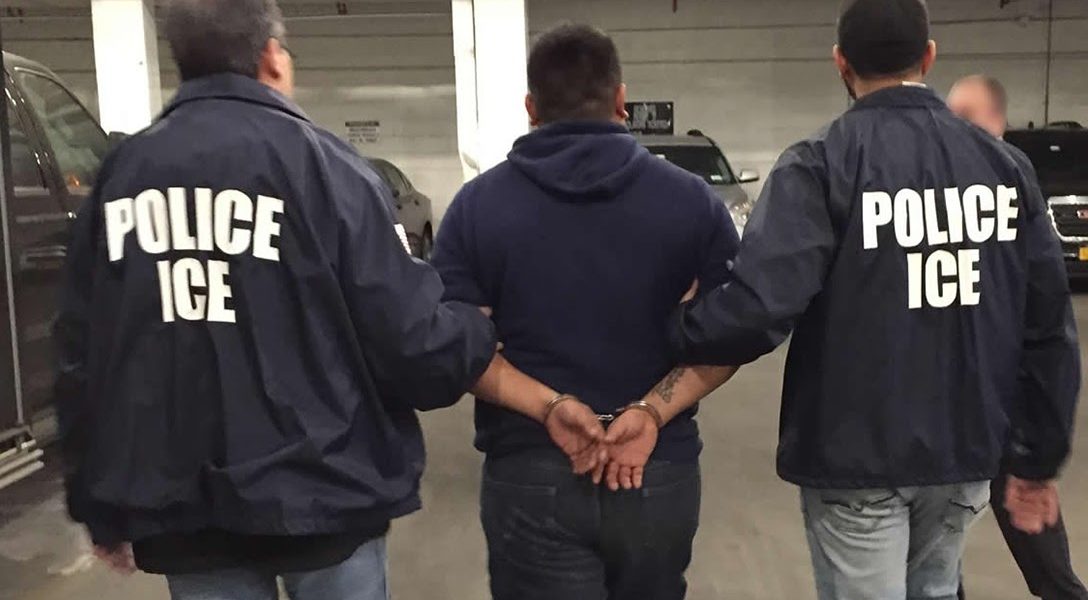 In spite of nationwide shelter-in-place orders, federal immigration officials are still forcing migrants to make in-person court appearances. Advocates argue that this policy endangers court employees, lawyers, and the migrants themselves, who are already at greater risk of contracting the virus due to crowded conditions in detention centers.

“These immigration hearings can sometimes be a matter of life and death,” Sirine Shebaya, a civil rights attorney, told WhoWhatWhy. “There has not been a uniform policy put in place to make sure that people’s health and safety are protected and also that their due process rights are protected.”

Shebaya works with the American Immigration Council (AIC), which provides pro bono legal services to migrants and uses the litigation system to “hold the government accountable for unlawful conduct and restrictive interpretations and implementation of the law.”

“Even when cases of coronavirus have been identified at a particular court, the courts are not systematically closing,” Shebaya said. “Sometimes they close for one day. It’s absolutely astonishing.”

She and her colleagues have filed a request for a temporary restraining order against the Executive Office For Immigration Review (EOIR) and US Immigration and Customs Enforcement (ICE), to address the threat to migrants’ safety and due process rights.

In the lawsuit, the AIC asks the court to suspend in-person hearings or provide remote-access alternatives until the pandemic ends. According to the suit, the current system “endangers all participants in the immigration system, including detained immigrants, their counsel, court and detention personnel, and all members of the public with whom they cross paths.”

“Even when cases of coronavirus have been identified at a particular court, the courts are not systematically closing,” Shebaya said. “Sometimes they close for one day. It’s absolutely astonishing.”

One New York–based lawyer mentioned in the lawsuit has already tested positive for COVID-19, which she believes she contracted in Federal Plaza Immigration Court on March 11; her 80-year-old mother has since been hospitalized with what is also presumed to be COVID-19.

Another immigration attorney discovered that a member of her household tested positive for COVID-19, but only after she had potentially exposed two detainees, and all the court staff with whom she interacted, to the virus.

The suit also asks for the provision of a safe, reliable means of privileged communication between detained individuals and their legal counsel, because in-person visits present a potential threat to both parties. This is especially true since many of the lawyers and detainees are older or have preexisting conditions that make them especially vulnerable to COVID-19.

According to the suit, California attorney Mary Jane Miller, for example, has a client with “symptoms of a bad cold and fever” and an immune disorder. Miller concluded that it was “no longer prudent to visit her client” in person, but she has no means to otherwise contact her. At Otay Mesa, the facility where her client is detained, phone calls are not confidential and also must be initiated by the detainees at their own expense. Though she has tried, Miller has not been able to communicate with her client; even a letter she sent was returned as “UNDELIVERABLE.”

In the past week, six employees and five detainees at Otay Mesa have tested positive for coronavirus.

Private Prisons Make a Buck with Inhumane Treatment of Immigrants

The AIC argues that there is ample recent precedent to support a change in court procedures. The Judicial Conference of the United States has already approved the use of videoconferencing and audioconferencing to conduct essential court business during the national emergency. The New York state court system has “shut down all but ‘essential and emergency matters’ … and transitioned to a ‘virtual court model’ where hearings are conducted by Skype.” Even the US Supreme Court has postponed oral arguments for the month of April.

In an amicus brief filed on April 9, the Round Table of Former Immigration Judges argues that “there are serious practical and logistical barriers to conducting essential proceedings remotely in a scientifically sound manner that also respects the due process concerns.” Essential hearings should be conducted by remote means only, the group says, with guaranteed access to legal counsel and due process, and detained individuals should be presumed eligible for release.

Though some hearings could be safely postponed, bond hearings in particular must be able to continue by remote means.

“Bond hearings should continue all the time,” Shebaya explained. “They should never be stopped or canceled, because those are a chance for people to get out of detention. Under the current circumstances, being detained means that you are exposed to a wildly dangerous environment. COVID-19 spreads in detention centers like wildfire, and ICE is not testing.”

Despite the current challenges, Shebaya is determined to pursue due process for her clients, as she puts it, “in a way that preserves their rights — so that they are not missing their one shot to be able to make a case for staying here.”