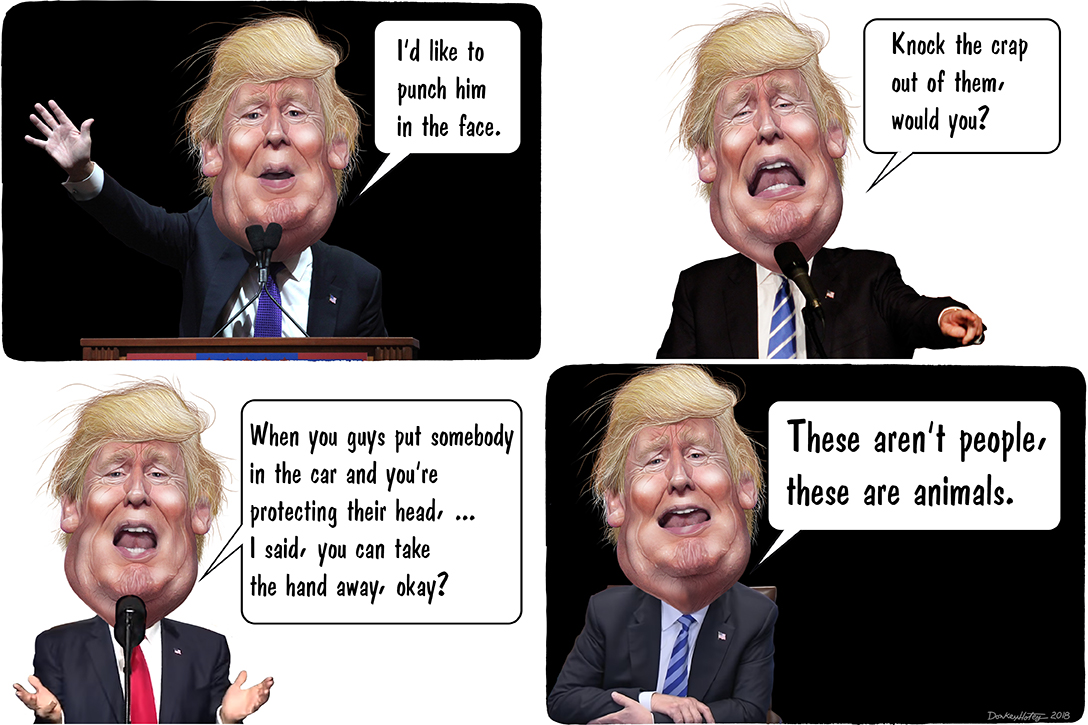 Flunking the Test of Character

The body cam video of the Milwaukee police officer who initially confronted Sterling Brown is difficult to watch. But you should. The full video is 30 minutes long but you’ll get the picture right away. It’s the story of a small man who abuses the power he is entrusted with. And the same thing is playing out across the country on a daily basis in different forms.

There is no doubt that Brown did something wrong. He parked across two handicapped spots outside a Walgreens. However, as the video shows, this was at 2:00 am and the parking lot was deserted. So, while he broke the law, he didn’t take anybody’s spot away. Still, it was wrong and the cop would have been completely justified to give Brown a ticket.

He didn’t. Instead, the officer kept escalating the situation and, within minutes, a handful of police cruisers had shown up, Brown had been wrestled to the ground, and then tased, even though he had displayed absolutely no aggressive behavior.

Watching the video, I couldn’t help but think that I would have gotten off with a warning in the same situation. After all, no harm was done. But I’m white. Sterling Brown is not.

He is young, black, and drove a nice car — the kind this officer would never be able to afford. It’s tough to pinpoint exactly what caused him to go on a power trip that ended up with the mayor having to apologize, but that’s probably a good place to start.

And we might never have heard about this instance of police brutality if Brown had been just another black man. But he is a professional basketball player for the Milwaukee Bucks and therefore he has a platform to raise awareness of this incident.

As did the Associated Press reporter who tried to do her job of covering an Environmental Protection Agency (EPA) event this week but was first prevented from doing so and then manhandled by a security guard.

But most people aren’t professional athletes or reporters, so when an agent of the state violates their rights, roughs them up or worse, nobody will hear about it.

There is no better example than the families torn apart by Immigrant and Customs Enforcement (ICE) on a daily basis, as the Trump administration cracks down on undocumented immigrants — some of whom have lived in the US for decades and have American spouses and children.

Or the families of migrants coming across the border who are now separated as part of Attorney General Jeff Sessions’s inhumane “zero-tolerance” policy.

As diverse as the victims — a wealthy black athlete, a white reporter, and nameless and faceless Hispanic migrants — are, all of these cases have more in common than just being examples of small men abusing their power.

Just this week, in response to the NFL’s new policy on how players must conduct themselves during the playing of the national anthem, the president suggested that the players who did not stand maybe “shouldn’t be in the country.” Trump has also suggested in the past that cops should treat the people they detain more violently. So surely there can be no harm in roughing up one of these privileged, ungrateful millionaires, right?

Of course, hardly a day goes by in which Trump doesn’t complain about “Fake News,” and at his rallies he has ratcheted up that rhetoric much more, calling journalists “sick people” and “liars” and referring to the media as the “enemy of the American people.” So why wouldn’t a security guard manhandle one of these liars — for the benefit of the American people?

And, triggered by a complaint from Fresno County Sheriff Margaret Mims, who lamented at a White House meeting that California’s laws make it difficult to coordinate with ICE even if she is holding a suspected MS-13 gang member, Trump launched into a rambling statement on people coming into the US.

We have people coming into the country, or trying to come in — and we’re stopping a lot of them — but we’re taking people out of the country. You wouldn’t believe how bad these people are. These aren’t people. These are animals. And we’re taking them out of the country at a level and at a rate that’s never happened before. And because of the weak laws, they come in fast, we get them, we release them, we get them again, we bring them out. It’s crazy.

The White House insists that Trump was only referring to gang members as “animals,” but his answer isn’t really related to what Mims was talking about. And, in light of the president’s many other statements on Hispanics, there certainly is at least some ambiguity as to what he meant. So why would an ICE officer feel bad about separating those people from their children?

The answer in all of these cases is that the abusers acted in a manner that they figured their ultimate boss, the president of the United States, would condone. That assumption emboldens people with just a bit of power to mercilessly abuse it.

Obviously, some of these abuses have been going on for a long time and it would be foolish to place all the blame for things like police brutality at the feet of Trump. But a moral leader would inspire others to be moral as well. Or, at the least, his words and actions would make them worry that acting immorally would have repercussions.

“If you want to test a man’s character, give him power,” President Abraham Lincoln once said. By that measure, men across all levels of the executive branch are failing miserably — starting at the very top.