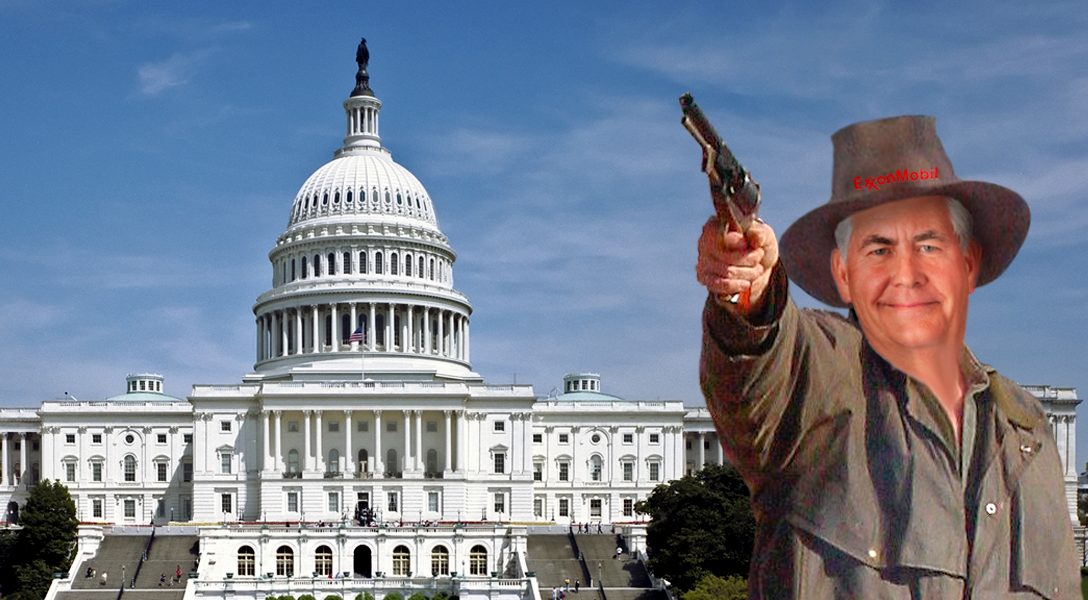 Will There Be a Tillerson Senate Showdown?

On the campaign trail, Donald Trump often railed against congressional Republicans who did not bend the knee and kiss his ring as the party’s new standard-bearer. In the end, most of them toed the line but there are plenty of bruised egos on Capitol Hill.

Now that the GOP controls all of Washington, one big question that remains is whether Congress will be a mere rubberstamp of Trump’s policies and nominees or stand up to the incoming president from time to time.

The nomination of ExxonMobil CEO Rex Tillerson as Secretary of State will go a long way toward answering that question. In particular the executive’s Russia ties could prove to be problematic at a time when even congressional Republicans want to investigate if and in what way Vladimir Putin’s regime tried to manipulate the US election.

It is certainly conceivable that Tillerson’s nomination will get swept up in any potential controversy, in particular because three of the targets of Trump’s ire, GOP Sens. John McCain (AZ), Lindsey Graham (SC) and Marco Rubio (FL) did not appear enthusiastic about the pick. Trump had famously said McCain, who was a prisoner of war in Vietnam, was not a hero, gave out Graham’s private cell phone number and dismissed Rubio as “little Marco.”

That trio could now embarrass Trump by rejecting the nominee of the most high-profile position in the new cabinet.

Initially, all eyes will be on Rubio, who is a member of the Senate Committee on Foreign Relations, which will take up the nomination next year. Republicans have a one-seat majority, which means that Rubio could keep the panel from recommending that Tillerson be approved.

“Being a ‘friend of Vladimir’ is not an attribute I am hoping for from a #SecretaryOfState,” Rubio tweeted on Sunday in a clear reference to Tillerson.

John McCain also did not sound enthusiastic about Tillerson’s choice Sunday on CBS’s “Face the Nation.”

“It is a matter of concern to me that he has such a close personal relationship with Vladimir Putin,” McCain said. “And, obviously, they have done enormous deals together that would color his approach to Vladimir Putin and the Russian threat.”

For his part, Graham let it be known that he expects the US-Russia relationship to be “front and center” during the confirmation process.

With Republicans holding a 52-48 advantage next year, the trio could derail the nomination – if all Democrats stick together – and put Trump on notice that he will not have carte blanche. It’s impossible to anticipate how the incoming president would react to this type of a reaction but it would probably be epic and involve a lot of tweets at 3:00 am.