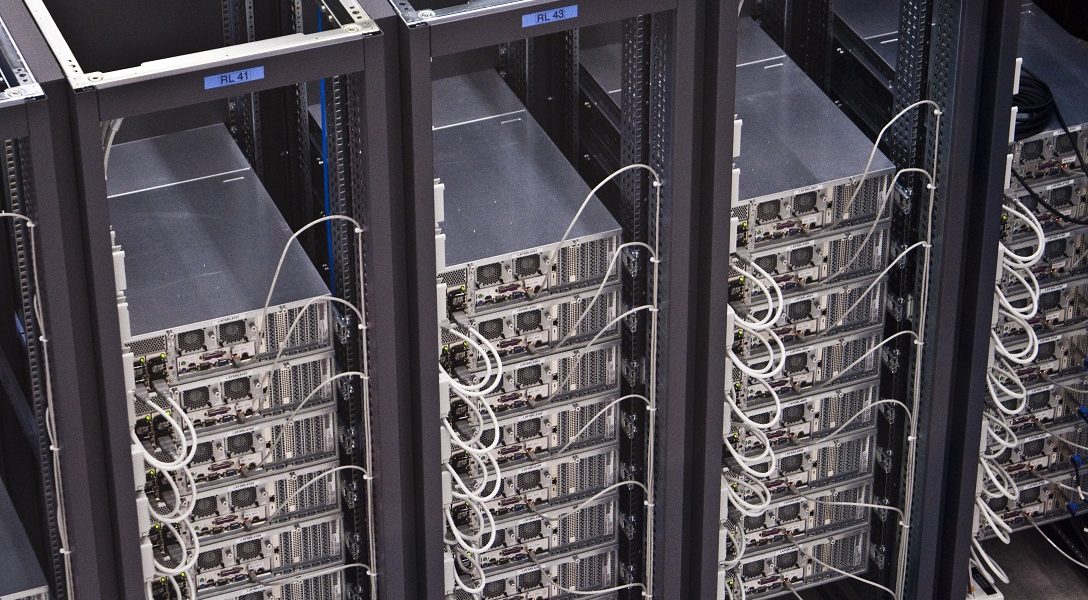 Will Democrats Give GOP the Votes to Pass Controversial Spying Bill?

The Senate has scheduled a procedural vote Tuesday afternoon on a bill that would extend the controversial Section 702 of FISA. Critics of the legislation say it allows the government to surveil American citizens without a warrant. Its proponents claim it is a valuable tool in the fight against terrorism.

And President Donald Trump? Well, he says both. Last week, he first tweeted this:

“House votes on controversial FISA ACT today.” This is the act that may have been used, with the help of the discredited and phony Dossier, to so badly surveil and abuse the Trump Campaign by the previous administration and others?

It briefly gave hope to a bipartisan coalition of lawmakers opposed to the extension that this would help derail the legislation in the House. However, Trump later walked back his first tweet, reportedly after Chief of Staff John Kelly and top US intelligence officials intervened.

With that being said, I have personally directed the fix to the unmasking process since taking office and today’s vote is about foreign surveillance of foreign bad guys on foreign land. We need it! Get smart!

Ultimately, the bill passed the House where it was widely believed to have a better chance of failing.

The legislation’s proponents are helped by the fact that the fight over Section 702 has not garnered national attention. Most Americans simply do not know enough about this issue — even though it affects most of them.

To help them understand what is at stake, WhoWhatWhy compiled the statements of key stakeholders in this fight.

In the vast dragnet of data files collected on foreigners under Section 702 of FISA, millions of bits of information are also collected on Americans. We don’t know the exact amount because our overlords in the intelligence community won’t tell us.

Apologists for any and all spying on anyone anywhere, foreign or domestic, want to permanently reauthorize this program. Permanent reauthorization would mean Congress would never again debate or oversee any abuses in this spy program. I can’t think of an approach more callous in its disregard for our cherished Bill of Rights.

How many emails and other communications from Americans are collected by the government under Section 702?

No one knows, because the government refuses to count. I have been asking this question since 2011, and yet intelligence agency leaders refuse to come up with a number, or even a broad estimate. As recently as last spring, the Office of the Director of National Intelligence pledged to produce “a relevant metric” about just how many Americans’ communications are being hoovered up by a program intended for “foreign surveillance.” Last June, however, the DNI announced there would be no estimate at all.

Given our nation’s history of abusing its surveillance authorities, and the secrecy surrounding the program, we should be concerned that Section 702 is and will be used to disproportionately target disfavored groups, whether minority communities, political activists, or even journalists.

Despite its virtually unmatched pedigree as a foreign intelligence tool and the unqualified support of those who best know that pedigree, the renewal of Section 702 is hardly assured; providing a dispiriting example of what happens in Congress when right-wing libertarians and left-wing civil liberties activists manage to find a common target for their ire. The result: a legislative squeeze play by these unlikely allies focused on neutering the Section 702 Program secure in the knowledge that those charged with protecting the national security will acquiesce to their “reforms” rather than risk the Program’s complete lapse. Unless the majority of legislators distance themselves from these two fringes, the outcome may well be a dangerous and flawed security policy masquerading as reform.

George W. Croner, Foreign Policy Research Institute  (Croner has served as principal litigation counsel in the Office of General Counsel at the National Security Agency, and is a member of the Association of Former Intelligence Officers).

The problematic searches happen like this. Section 702 applies to foreign intelligence searches carried out in the United States of the content of communications, including emails, texts, and social network communications. The searches cannot be targeted at “US persons,” who are US citizens or permanent residents. Instead, they must be targeted at non-US persons who are outside of the United States.

Here’s where the problem comes in. Suppose a foreign intelligence search is properly targeted at a non-US person who is out of the country, such as in France or Pakistan. That target quite easily can send an email or otherwise communicate with someone inside of the US. At that moment, the full content of the US person’s communications with that person get included in the surveillance authorized by Section 702. Ordinarily, the government needs a search warrant to gain the full content of communications of a US person (or someone temporarily in the US). Now, due to the happenstance that the US person communicated with someone outside of the country, the content of communications become available to the government.

After reviewing the evidence available to us, the Review Group found that Section 702 is often an important asset to our national security. We also found, though, that necessary safeguards had not been included for these incidental or “backdoor” collections of communications content. Our principal recommendation was stated in a recent Washington Post op-ed by Review Group members former top CIA official Michael Morrell and legal scholar Geoffrey Stone: “The government should no longer be permitted to search the data collected under Section 702 without a warrant when seeking information about US citizens and legal permanent residents.”

One would hope, and expect, that those who genuinely view Trump as a menace of this magnitude and view themselves as #Resistance fighters would do everything within their ability to impose as many limits and safeguards as possible on the powers he is able to wield. If “resistance” means anything, at a minimum it should entail a refusal to trust a dangerous authoritarian to wield vast power with little checks or oversight. …

The most bizarre aspect of this spectacle was that the Democrats who most aggressively defended Trump’s version of the surveillance bill — the Democrats most eager to preserve Trump’s spying powers as virtually limitless — were the very same Democratic House members who have become media stars this year by flamboyantly denouncing Trump as a treasonous, lawless despot in front of every television camera they could find.

“Not only does the bill say you have our blessing to collect communications that contain a target’s email address, it also endorses collecting communications that merely contain a reference to the target. So literally if you and I sent an email to each other that had the word ISIS in it, if you and I send an email that talks about ISIS, under this bill the government is authorized to collect it.”

Elizabeth Goitein, co-director of the Liberty and National Security program at New York University School of Law’s Brennan Center for Justice, in Wired.

“This legislation marks an important step forward for reining in the overly broad government surveillance revealed by Edward Snowden more than four years ago,” said Nuala O’Connor, President and CEO of the Center for Democracy & Technology. “But, the legislation must do more to protect the rights of both US and global citizens,” she added.

The proposed legislation would correct the intelligence community’s errant reading of existing law under which agencies, such as the NSA, collect the digital communications of people who aren’t surveillance targets and aren’t communicating with targets. Under the bill, only communications to or from a target could be collected. “This would be the most significant improvement in US surveillance law since the 2015 USA FREEDOM Act,” O’Connor said.

“However, the bill fails to close the ‘backdoor search loophole,’ which leaves Americans exposed to surveillance that should be permitted only with a court order based on a showing of probable cause. It also fails to ensure that people are wiretapped only if there is a good reason for listening in,” she added.

Center for Democracy and Technology

The fact that Section 702 surveillance regularly results in the collection and search of innocent Americans’ communications is an intended and inherent part of the system.

Under the law, the US government can’t identify Americans as foreign intelligence targets, meaning they can’t use Section 702 surveillance with the goal of collecting specific Americans’ communications. The government is also not supposed to collect “purely domestic” communications between Americans who are located in the US.

The intelligence community calls this “incidental” collection to downplay the fact that it routinely uses this broad and privacy-invasive foreign intelligence surveillance authority to collect Americans’ communications that should require a warrant.

It’s hard to know how widespread this incidental collection is. Despite past commitments to provide Congress with an estimate of the number of US persons whose communications are swept up “incidentally” under Section 702, the Director of National Intelligence said his office will not be providing that estimate, leaving lawmakers in the dark about how exactly this law affects their constituents.

By failing to close the backdoor search loophole in this bill, which exposes millions of innocent Americans to warrantless government surveillance, members of Congress have ceded incredible domestic spying powers to the executive branch. This is particularly troubling given the fact the current administration under President Trump has repeatedly attacked vulnerable communities and engaged in authoritarian behavior that poses a grave threat to our democratic norms.

Moreover, the vote took place in the face of outrageous misrepresentations and bigoted statements by the House Intelligence Committee majority, which every member of Congress should condemn.