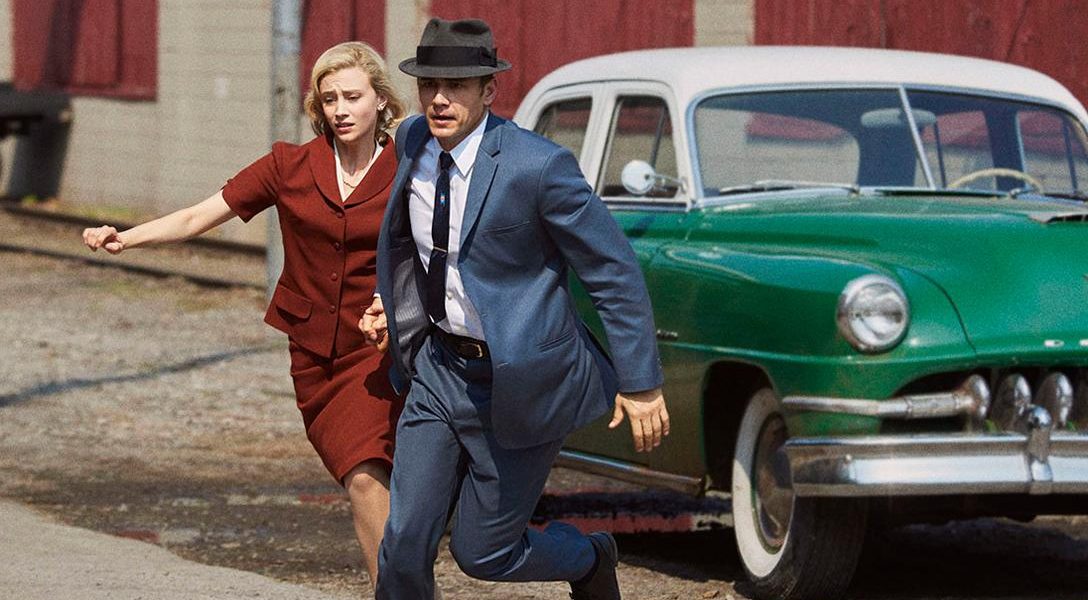 Stephen King once said, “People want to know why… I write such gross stuff. I like to tell them I have the heart of a small boy… and I keep it in a jar on my desk.”

Actually, it was Robert Bloch who said it, although the line is often attributed to King. And because King is such an imaginative fellow, it is easy to believe that it was he who said it. Nevertheless, Stephen King is quite a clever writer. And so you may wonder what the King of Horror made of the assassination of President John F. Kennedy, the subject of his book “11.22.1963.” A miniseries of the same name is to air on Hulu, the streaming service. It premieres on President’s Day.

You might be disappointed. Imaginative as he is, King apparently could not imagine the truth behind the Kennedy assassination, which is as screamingly scary, as hair-raising, as bone-chilling, as heart-stopping, as it gets.

King believes what few Americans, and almost no real experts believe, namely that Lee Harvey Oswald killed John F. Kennedy, end of story. Trotting out the same old Warren Commission narrative should have made for a disappointing tale.

But King, doing what he does so well, has come up with an imaginative scenario: what if there were a time machine, and someone could go back and stop Kennedy from being killed? It’s a fascinating premise.

Of course, it would have been even more fascinating — and much more frightening — if “11.22.1963” dealt with the tremendous forces actually arrayed against Kennedy, and if it revealed the way that Kennedy’s murder liberated those forces — the corporations, the super-rich, the war-making industries, the unaccountable security apparatus. Monsters that have essentially dominated this country ever since.

As a student of the JFK assassination — five chapters on it in Family of Secrets, my history of the Bush dynasty and their remarkable connections to events like Watergate and the death of Kennedy, and a new book purely on JFK in the works — I was at first dismayed to find out the premise of King’s book. Another helping, I thought, of the long-discredited official slop tossed into the media/public feeding trough.

Despite my admiration for King as a master storyteller, I couldn’t bring myself to read his fantasy, so I can’t tell you how closely the TV series (starring James Franco, and with a significant producing role for JJ Abrams) conforms to the book. But after attending a sneak preview of the first episode at Sundance, I can report that, although I found parts of it irritating, I kind of enjoyed most of it, and I actually loved some scenes — especially the re-creation of the early-60s ambiance, complete with those cars, and those girls.

Mostly, though, I focused on whether this was going to be more Hollywood claptrap utilizing a controversy of tremendous importance to amuse audiences, make money and, oh sorry — contribute still more to the slag heap of disinformation generated by the establishment over the course of 50 years. As expected, the TV series hardly gets into the background of the events of November 22, 1963. Instead, in that classic Hollywood way, it simply asks its characters to recite the “basics” in a few breathless lines.

But just when I had about given up hope, something quite unexpected happened that made me sit up straight: one of the most mysterious people involved in this case, George de Mohrenschildt, suddenly appeared on-screen. (Well, of course, the actor playing him.)

From my own research, I knew this complex figure only too well. An upper-class Russian emigre, he had moved to Texas in the early 1950s and soon was ensconced among the oil elite. And, for several months, he was a principal figure, a manipulator, in Oswald’s life after he returned from a half-hearted “defection” to the USSR. Then, roughly six months before Kennedy was shot, de Mohrenschildt abruptly left the country, replaced as Oswald’s de facto guardian angel by the “Quaker Russian language enthusiast” Ruth Paine.

In the first episode, we see the time-machine hero, on instructions from his muse, following de Mohrenschildt to a Kennedy-for-President rally in Dallas, 1960, where we briefly see him call  to and embrace, of all people …Jackie Kennedy.

Oswald’s ‘mentor’ was a hugging friend of JFK’s wife? Yup. That much is actually, stunningly, true.

It went by so fast on the screen that I wondered if the non-JFK specialists in the audience even noticed it or realized the significance.

Moreover, I don’t think the audience could really follow what was actually going on. The stuff the viewers seemed to enjoy the most, unsurprisingly, were the cool convertibles with the finbacks, the glamorous clothing (think Mad Men), the overall air of mystery, the various little moments of violence and sci-fi wonder.

However, in one scene, we see de Mohrenschildt in a glamorous restaurant, dining with some no-nonsense men in suits emanating purpose and urgency. The implication is that, well, there is more to this story.

And, perhaps there will be. At the Q&A session after the screening, most of the questions were the craft-oriented, technical ones you’d expect from a largely industry-insider and film buff audience. But one person nailed what I would have asked: what did those present representing the production personally believe was the truth about Kennedy’s death?

Showrunner Bridget Carpenter, executive producer of the series, who wrote the first episode, prefaced her response by saying she would answer this very briefly, signalling what most successful people know — this baby is the electrified third rail of a career. Fiction on JFK is a lot safer than fact.

Then, she proceeded to explain that she knew little about the JFK assassination beyond what most folks do. She was aware that Stephen King was, well, Stephen King, and that he was a fervent “lone-nutter,” i.e., he believes Lee Harvey Oswald shot Kennedy — and not that elements of the government, having pulled off a series of violent coups abroad in the preceding years and months, had brought their regime-change tactics home.

Then she added that, as she became more familiar with the story through making the TV series, her own view has… changed. I heard no follow-up questions pursuing that line.

Clearly, most of the people associated with this series don’t know any more than Stephen King does. Yet, somehow, unlike him, some of them have gotten a glimpse of a larger story. In the first episode we see at least a hint that more may be going on.

Undoubtedly, it will get people talking about the JFK assassination again — arguably more than at any point since Oliver Stone’s seminal 1991 movie. That means there will be debate on social media, which wasn’t around at the time “JFK” was in the movie theatres, and that will allow those with greater insight to educate others.

With that in mind, I gave the publicist copies of Family of Secrets for the director and producer, and then emailed with follow-up questions, hoping to start a dialogue and learn more. Thus far, I have not heard back. But you never know.