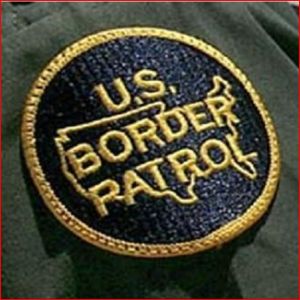 Why Does the Government Have a Hands-Off List for Certain Terrorist Supporters? It’s the mission of U.S. Customs and Border Protection (CBP) to let good people into the country and keep the bad ones out.

So why does CBP have a “hands-off” list that exempts certain people with apparent connections to terrorism from secondary screening at airports?

Iowa Republican Sen. Chuck Grassley didn’t know either, until his staff obtained an exchange of internal CBP e-mails that reveal the existence of such a list, and the CBP’s concern about one man in particular whose name was redacted.

They have good reason to be concerned. The mystery traveler is a member of the Muslim Brotherhood with indirect ties to Hezbollah, Hamas, and the Palestinian Islamic Jihad. He has also sued DHS twice. In the e-mail exchange, one CBP official writes—with an evident degree of shock—that the border agency will be unable to stop the man from entering the country:

I’m puzzled how someone could be a member of the Muslim Brotherhood and unindicted co-conspirator in the Holy Land Foundation trial, be an associate of [redacted], say that the US is staging car bombings in Iraq and that [it] is ok for men to beat their wives, question who was behind the 9/11 attacks, and be afforded the luxury of a visitor visa and de-watchlisted.”

Grassley—a longtime critic of government abuses and overreaching—was also baffled. So, in his capacity as the ranking minority member of the Senate Judiciary Committee, Grassley asked Department of Homeland Security Secretary Jeh Johnson to explain:

DHS Responds. No, Wait. CBP Does. Sort of.

Johnson didn’t explain. Instead he delegated the task to Customs and Border Protection Commissioner Gil Kerlikowske. In his letter to Grassley, Kerlikowske denies the existence of the “hands off” list and, avoiding the main thrust of the inquiry, provides a general description of CBP’s protocols and the limits of its authority.

He explains that the separate Terrorist Watchlist—not the “hands off” list—is run by the FBI under the authority of the Attorney General. In other words, it’s not CBP’s problem.

Here’s a quote that jumps out from the letter:

CBP does not maintain any list or other mechanism which would render an individual free of the grounds of inadmissibility or from any other inspection requirement, including secondary inspections.

In short, there’s no “hands off” list at the CBP.

That appears to be a direct contradiction to the e-mails Grassley has, one of which quotes a CBP official saying that the mystery traveler is “one of the several hands off passengers nationwide.”

Grassley’s staff also picked up on the conflict, and asked for a briefing. CBP agreed, but told Grassley’s staff that the briefing won’t cover everything, Grassley spokeswoman Beth Levine told WhoWhatWhy.

“Given the CBP’s intention to limit the scope of the briefing, it is unclear whether CBP will provide a clear explanation of that conflict,” she said in an e-mail. The meeting was scheduled for May 20.

In a broader context, this is a pattern we’ve seen repeatedly—from the numerous suspicious Saudis allowed into the United States over the protests of U.S. consular official Michael Springman prior to 9/11, to accused Boston Marathon bomber Tamerlan Tsarnaev’s unfettered travels in and out of the country—despite being on at least two terrorist watch lists.

Who decides who goes on the hands-off list despite having terrorist links? It’s clear that these decisions are made somewhere above the rank-and-file CBP staff.

In one cryptic e-mail obtained by Grassley’s office, the CBP official discussing the traveler on the “hands off” list says former DHS Secretary Janet Napolitano took note of the case.

“His records were removed in December 2010 and the DHS Secretary was involved in the matter,” the e-mail says.

So, who is this traveler who got the attention of the top DHS officer? What influence does he have with patrons high up in the national security machinery?

And what is he doing here?