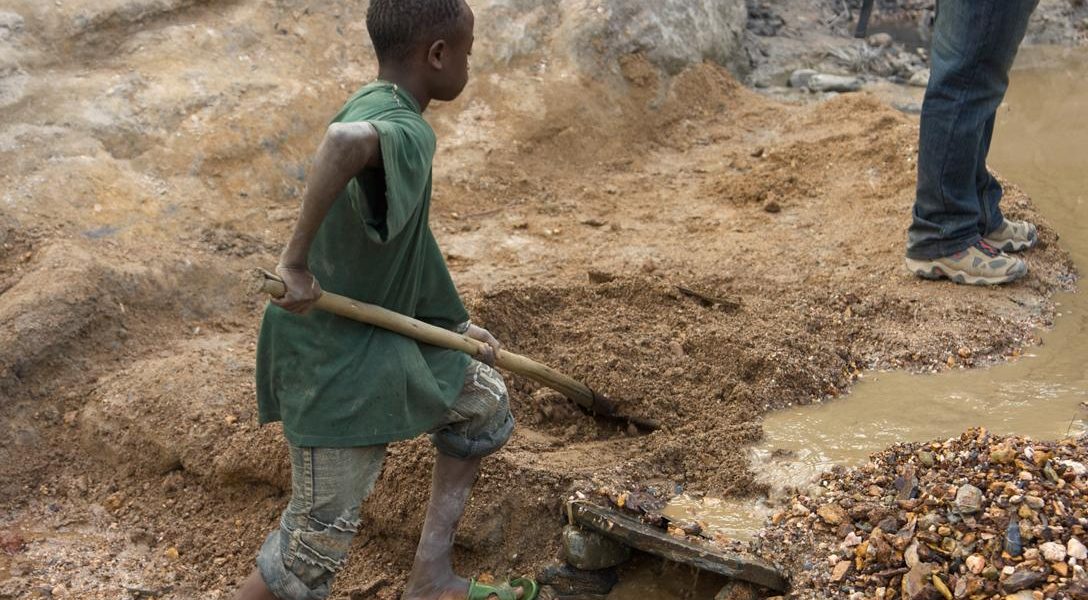 Patrice, 15, who started working in a mine when he was only eight years old. Photo credit:  Sasha Lezhnev / Enough Project / Flickr (CC BY-ND 2.0)
Government Integrity

The next time you purchase a phone or a Playstation, consider this: You may unwittingly be helping fund a civil war in Africa. If that bothers you and you wonder why this can occur, here’s the answer: Federal rules exist to prevent this — but they aren’t working.

Gold, tin, tungsten and tantalum — known as “conflict minerals” — can be found in cars, consumer electronics, clothes, golf clubs, wedding rings, and thousands of other articles Americans use every day. Because a portion of these minerals are mined in the Democratic Republic of Congo (DRC) and adjoining countries, a region in which a bloody civil war has been fought for many years, there is always a risk that purchasing them will indirectly pay for weapons and prolong the conflict.

To prevent corporate money from flowing into the DRC, the Securities and Exchange Commission (SEC) issued a rule mandating companies to make an effort to determine the origin of the conflict minerals they import.

However, that effort has completely failed so far. The Government Accountability Office (GAO) found that 67 percent of companies surveyed said they were unable to pin down the source of the minerals they buy.

Even worse, not a single company was able to determine “whether the minerals financed or benefited armed groups in those countries.”

A joint report by Amnesty International and Global Witness is even more alarming. It shows that 79 of 100 companies “failed to meet the minimum requirements of the U.S. conflict minerals law,” thereby contradicting the GAO’s findings that corporations are at least trying to find out where their minerals come from.

No one should be too surprised at this finding. The SEC’s conflict-mineral rule is unpopular with US businesses; indeed, some corporations have challenged parts of it in court.

As for the federal agencies charged with blocking the conflict-mineral supply chain, both the State Department and the U.S. Agency for International Development (USAID) said they were having difficulty keeping money from flowing into the wrong hands

Attempts to identify conflict-free mines and prevent illegal armed groups from exploiting weaknesses in the supply chain are hampered by conditions on the ground, the GAO said.

These conditions include interference from what are essentially armed bandits, “corrupt members of the DRC’s national military, weak governance, and poor infrastructure.”

However, activists say these obstacles should not stand in the way of effective action by the US and other governments or by the companies that use conflict minerals in their products.

“We know that some of these minerals sourced from conflict-areas have funded violence, abuses, and corrupt criminal networks,” said Dr. Denis Mukwege, a Congolese surgeon and author of the foreword of the joint report from Amnesty International and Global Witness. “And yet, the response of international companies and states has been too slow and timid to make the necessary fundamental changes.”