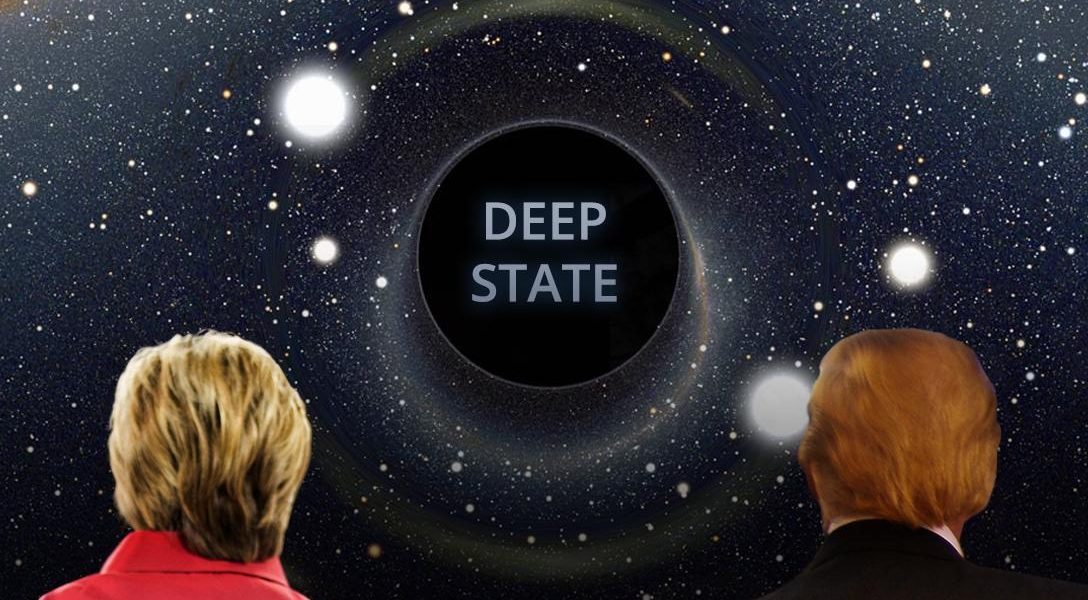 What Presidents Are Up Against

Though America’s political dynasties are closing ranks behind Clinton (see our story from earlier today), the truth is that even the political establishment is not exactly in charge of the country. No matter who wins will still have to get their agenda past the military-industrial-intelligence complex.

The observations below, which WhoWhatWhy Editor-in-Chief Russ Baker made in 2010 and which have since proved to be prescient, remain valid today and well worth re-publishing.

The first anniversary of Barack Obama’s historic election finds many of his supporters already grousing. Fair enough: Obama has been more vigorous in some areas than others. But one essential question goes unasked: How much can any president accomplish against the wishes of recalcitrant power centers within his own government?

“We Americans harbor a quaint belief that a new president takes charge of a government that eagerly awaits his next command. Like an orchestra conductor or perhaps a football coach, he can inspire or bludgeon and get what he wants. But that’s not how things work at the top…”

We Americans harbor a quaint belief that a new president takes charge of a government that eagerly awaits his next command. Like an orchestra conductor or perhaps a football coach, he can inspire or bludgeon and get what he wants. But that’s not how things work at the top, especially where “national security” is concerned.

The Pentagon and CIA are powerful and independent fiefdoms characterized by entrenched agendas and constant intrigue. They are full of lifers, who see an elected president largely as an annoyance, and have ways of dealing with those who won’t come to heel.

Obama, then, has to contend not only with the big donors and corporate lobbies. His biggest problem resides right inside his “team.”

The internal battles between American presidents and their national security establishments are not much reported. But if it is an invisible game, it is also a devious and even deadly one. Our civilian leaders end up mirroring the chronically nervous chiefs of state of the fragile democracies to our south.

Those who do not kowtow to the spies and generals have had a bumpy ride. FDR and Truman both faced insubordination. Dwight Eisenhower, who had served as chief of staff of the US Army, left the White House warning darkly about the “military industrial complex.” (He of all presidents had reasons to know.)

John Kennedy was repeatedly countermanded and double-crossed by his own supposed subordinates. The Joint Chiefs baited him; Allen Dulles despised him (more so after JFK fired him over the Bay of Pigs fiasco), and Henry Cabot Lodge, his ambassador to South Vietnam, deliberately undermined Kennedy’s agenda. Kennedy called the trigger-happy generals “mad” and spoke angrily to aides of “scattering the CIA to the wind.” The evidence is growing that he suffered the consequences.

In the 1950s, the late Col. L. Fletcher Prouty, a high-ranking Pentagon official, was assigned by CIA Director Allen Dulles to help place Dulles’s officers under military cover throughout the federal government.

As a result, Dulles not only knew what was happening before the president did, but had essentially infiltrated every corner of the president’s domain.

Jimmy Carter… tried to dismantle the agency’s dirty tricks office, but wound up instead a victim of it — and a one-term president.

One Nixon-era Republican Party official told me that in the early 1970s, there were intelligence officers everywhere, including the White House. Nixon was unaware of the true background of many of his trusted aides, particularly those who helped drive him from office. Remember Alexander Butterfield, the so-called “military liaison,” who told Congress about the White House taping system? Years later, Butterfield admitted to CIA connections.

In December 1971, Nixon learned of a military spy ring, the so-called Moorer-Radford operation, that was piping White House documents back to the Joint Chiefs of Staff. The Chiefs were wary of secret negotiations the president and Henry Kissinger were conducting with America’s enemies, including North Vietnam, China and the USSR, and decided to keep tabs on this intrusion upon their domain.

Jimmy Carter came into office as revelations of CIA abuses made headlines. He tried to dismantle the agency’s dirty tricks office, but wound up instead a victim of it — and a one-term president.

Those who avoided problems — Johnson, Reagan, Bush Sr. and Jr. — were chief executives that made no problems for the Pentagon and intelligence chiefs. All embraced military and covert operations, expanded wars or launched their own. The agile Bill Clinton was a special case — no babe in the woods, he focused on domestic gains and pretty much steered clear of the hornets’ nest.

As for the Bushes, their ascension represented a seizure of power by the national security state itself. Their family had profited from arms manufacturing for decades. The patriarch, Prescott Bush, monitored US assassination plots against foreign leaders as a senator; and records indicate that the elder George Bush had been a secret agency operative for decades before he became CIA director — and then, 12 years later, president.

Obama seems to understand his narrow range of movement, and to be carefully picking his fights. He retained many of Bush’s top military brass, and even Bush’s Defense Secretary Robert Gates, who himself had served as a CIA director for Bush’s father. Obama has trod very carefully with the spy agency and has declined to aggressively investigate Bush administration wrongdoing on torture and wiretapping. Obama’s campaign rhetoric about disengaging from Iraq seems a long time ago, and the war in Afghanistan is taking on the hues of permanency.

The old boys’ network is very much in place, and it is hard at work to force Obama’s hand, a la Vietnam. Witness the leaking of Gen. Stanley McChrystal’s supposedly “confidential report” calling for escalation in Afghanistan.

The leak was, not surprisingly, to the reliable Bob Woodward. The reporter was himself in Naval Intelligence shortly before he went to work at the Washington Post, where he soon built a career around leaks from the military and spy establishment. The White House was furious at the McChrystal release. But what could it do? Presidents come and go, and the security folks have ways to hasten the latter.

Covert alliances and payments to corrupt foreign allies continue, making creative diplomacy more difficult. In late October came a front-page story that the brother of Afghan President Hamid Karzai, suspected of being a major figure in that country’s opium trade, has been on the CIA’s payroll for eight years. Anyone who finds this shocking should go back and read about the CIA and the drug trade in Southeast Asia.

Throughout its six-decade history, the CIA has resisted accountability, with even some of its own non-spook directors kept in the dark about the agency’s most troubling activities. As for the public’s elected representatives, Nancy Pelosi is the most recent in a long line of legislators to accuse the CIA of deliberately misleading Congressional overseers.

None of this is likely to change soon, and not without a huge fight. Half a century after Ike’s famous admonition, conflict and intrigue remain the engine of our economy, and everyone from private equity firms to missile makers to car and truck manufacturers count on that to continue. The homeland security industry, the most recent head to grow on this hydra, is now seeking permanency.

So Barack Obama is boxed in. But so are the American people, and so, really, is democracy itself. Bringing this inconvenient truth out in the open is the essential first step toward taking back control of our government — and our future. For all the reasons laid out here, Obama will need help. He may, in the rote formulation, hold “the most powerful office in the world.” However, the extent to which he controls the government he heads is another matter.