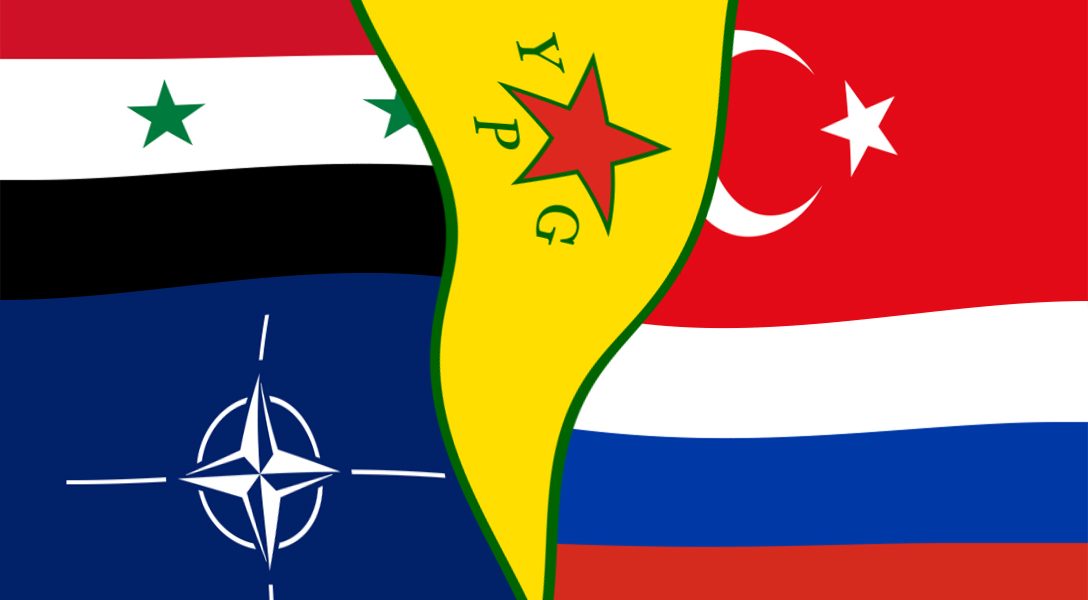 It is increasingly difficult to understand who is allied to whom in the brutal civil war that has devastated Syria for almost seven years.

The danger of accidental big-power conflict, which has rarely been greater in the past three decades, is compounded by threats to the existence of NATO and even the UN. In recent days, Russia has reportedly posted its most advanced stealth fighter jets to Syria, a design that has no challengers in the area except the US and Israeli air forces.

If anyone can ascribe strategic coherence to any actor in this conflict, I’m all ears. But the absolute cluster fuck all of these countries have gotten involved in — and how deeply countries have been sucked into a civil war — is mind boggling

On Friday, France reportedly cautioned that failure to stop the bloodshed could spell the unravelling of the UN. NATO is already destabilized by the specter of a violent confrontation between the US and Turkey, the countries with the two largest armies in the alliance.

While there are growing indications that back-room diplomacy has also intensified, the US finds itself stuck in the kind of “postmodern geopolitics” that has been Russia’s hallmark for several years now. The two hottest hotspots currently, amid flashes of violence throughout the country, are the Kurdish-held enclave of Afrin in the north, which is under attack by Turkish and rebel forces, and the Eastern Ghouta rebel-held district of the capital Damascus in the south, which is being bombarded by the government.

It appears that the two battlefields are intimately linked in the calculations of foreign powers, including Turkey.

Over the past few days, Syrian government troops have entered the enclave of Afrin to block the advance of Turkish troops and Turkish-allied rebels against the US-allied Kurdish defenders of the territory.

This came just days after a clash between pro-government troops and Kurdish-allied forces in the opposite corner of the Syrian map — a clash that triggered US airstrikes which killed at least a hundred government forces and Russian military contractors.

Turkey meanwhile is reportedly planning to deploy robot weapons against the Kurds.

The US, on the other hand, is caught in a complex balancing act between its NATO-ally Turkey and its most reliable ally on the ground in Syria, the Kurds. Stay tuned.

These are my key takeaways from US and Turkey's talks. How do you think Kurds react to that? Having taken Manbij and now being forced out by US and Turkey? https://t.co/gEkFUVRUf1 pic.twitter.com/5Xyet8Kse1