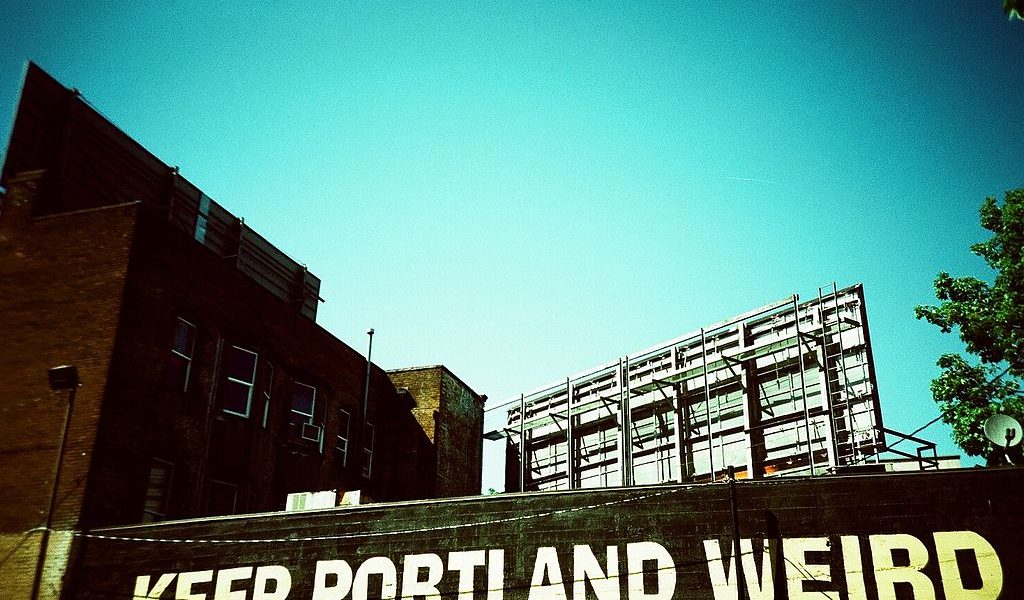 Up for a Vote: Rejoining America’s Police State On February 19, the Portland, Oregon, city council will vote on whether to jump feet first into membership in the FBI’s Joint Terrorism Task Force, or to drop the mic and leave the stage altogether.

Portland is the only major metro area which has chosen to keep the JTTF at arm’s length. In 2005 the council voted to leave the cross-jurisdictional organization because the FBI refused to provide then-mayor Tom Potter with classified briefings.

The problem isn’t about a mayor’s ego, though. It’s about figuring out whether belonging to the task force provides any benefit or protection from terrorists, or just cedes more power to the secretive national security machinery.

The mandate of the national government, in the form of the FBI, grates against the expectations of a local government held to account by a vocal citizenry. The conformist culture of the FBI clashes with that of a city that prides itself on a quirky, odd-man-out independence.

That’s part of why Portland wants nothing to do with the FBI-led JTTF. Originally launched in New York in 1980, the task forces team up more than 50 federal agencies with state and local ones to conduct surveillance, investigate potential threats and stop terrorist attacks. The feds pay the bills, and call the shots.

The 9/11 attacks prompted the FBI to almost triple the number of existing task forces to 104.

Portland very shortly became the asterisk on the list of cities, pulling out after the FBI and mayor’s office couldn’t agree over the sharing of classified information. The FBI and the city struck a tenuous compromise in 2011, in which Portland agreed to participate on an as-needed basis.

Now, Portland Mayor Charlie Hales wants the city to take a decisive stand: either in or out. Oregon U.S. Attorney Amanda Marshall has chided the city to “do the right thing” and rejoin.

Get Your Fresh Threat Reporting … After the Fact

Here’s what’s at stake: the ability for a city to decide whether it’s getting any protection or value from being in the task force.

If Portland joins, the mayor will at least have access to the reports of the police officers assigned to the JTTF. Although he can’t share the contents of those, “he would have the information necessary to evaluate the merit of being part of the task force,” the mayor’s spokesman, Dana Haynes, told WhoWhatWhy.

Currently, the value of partnership remains unclear. The city of Boston, for instance, was part of the JTTF in its area, but it is impossible to tell if there was anything prophylactic gained from that relationship. It certainly didn’t stop the Boston Marathon Bombing. “It appears that being in the task force gives you access to reporting after the fact,” Haynes said.

The battle is equally about the looser standards with which the FBI carries out its mission, versus local expectations about the role of  law enforcement. The history of the FBI’s aggressive and often faulty counterterrorism activities in Portland and elsewhere has not endeared the secretive agency to the city’s denizens. In 2005, the FBI falsely accused local attorney and Army veteran Brandon Mayfield of involvement in the Madrid train bombings that year.

And the 2010 arrest and subsequent conviction of Mohamed Osman Mohamud in a terrorism sting left many feeling that the FBI agents involved had, once again, solved a terrorism plot of their own making. The bomb was a fake, and undercover FBI operatives helped Mohamud concoct the plan to bomb Portland’s Pioneer Square.

It’s against that backdrop that Portland’s city council will make its decision. The vote by the five members appears to be split. Two are in favor of rejoining, one is against and two including the mayor have not made their preference known.

No matter what Portland decides, nor whether the decision grabs national attention, it will set a precedent for having formally asked the question: are the joint terrorism task forces really helping anyone?