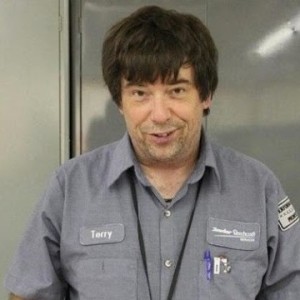 Loewen “planned to die as a martyr” and was charged with trying to drive an explosives-laden vehicle onto the tarmac at Mid-Continent Airport, U.S. Attorney Barry Grissom said at the time of the arrest. An avionics technician, the then-58-year-old Loewen was really working on behalf of al-Qaeda in the Arabian Peninsula, according to the authorities.

Yet contradictions in the government account suggest there might be considerably more to know about Terry Loewen and his alleged plot. Was Loewen a Walter Mitty whose dark daydreams bloomed into reality, as the FBI says? Or was he just a hapless suburbanite who chose the wrong online fantasy life?

The official story is this: Loewen decided to engage in terrorism only six months before his arrest, and immediately began devoting all his time to preparations for becoming a “lone wolf” suicide bomber. A letter allegedly written by Loewen and released by the FBI gave the reasons for his radical change of heart: “My only explanation is that I believe in jihad for the sake of Allah + for the sake of my Muslim brothers + sisters.”

“I expect to be called a terrorist (which I am), a psychopath, and a homicidal maniac,” Loewen wrote in a letter he left for his family, according to the FBI’s copy of it.

Doubts about this story begin with reports that neither Loewen’s ex-wife nor his youngest son had any inkling of his new commitment to jihad and martyrdom. Damien Loewen, 24, had spoken to his father in the month before his arrest, yet “didn’t detect anything amiss” nor any sign of his turn toward Islam. Terry Loewen was “always really calm and a loving man,” his son said. Damien Loewen did not respond to WhoWhatWhy’s request for comment.

An Online Muslim Only

Although Loewen is being portrayed as a serious jihadist Muslim, even the U.S. Attorney said the suspect had no known connection to any Muslim organization in Wichita or elsewhere. Apparently he was a Muslim online only.

It is also hard to discern whether Loewen’s comments attracted the FBI’s attention in the first place. It stands to reason that, given the inordinate amount of U.S. surveillance of the Internet, statements supporting jihad would hit the FBI’s radar screen.

Even if that is the case, does it then justify FBI agents persuading Loewen to join a bombing plot in order to ensnare him?

Two undercover FBI agents initiated an Internet chat with him in which he made comments about his desire to wage jihad against his own country on behalf of the members of his new faith. Apparently, the FBI agents not only opened the dialogue with him, they provided the “explosives” he allegedly dropped to the airport, which were actually inert materials.

The FBI alleged that once he decided to participate in the plot, he immediately began spending all his free time studying subjects like jihad, martyrdom operations, and Sharia law. He also researched the airport layout and took photos of access points, pored over flight schedules and helped acquire components to make the car bomb.

FOX News reported that Loewen was inspired by Osama bin Laden. Investigators from the Wichita Joint Terrorism Task Force further claimed that Loewen “frequently expressed admiration for Anwar Al-Awlaki.” Republican Senator Jerry Moran of Kansas said that Loewen’s actions reminded us that we must “reaffirm our commitment” to the “War on Terror.”

There are certainly suspicious things about Loewen. For example, this white man in Wichita who suddenly began talking about jihad in online forums had two other names—Terry Lee Lewis and Terry L. Lane. He was also cited in 2009 for a concealed-carry weapons violation at the airport.

And if he did try to drive what he thought was a bomb into the Wichita airport, as the FBI alleges, then there is cause to question his intentions and state of mind.

Nonetheless, according to his ex-wife of 10 years, Loewen was a “peaceful, easy-going, quiet man” who “didn’t like confrontation; he was never one to start a fight.” She said he had left his job at Hawker Beechcraft Air Services to work at Learjet across town. He worked at Learjet for 21 years and she didn’t know when he returned to Beechcraft. “He was happy. He was a normal human being,” she said.

One person outside of the FBI has come forward to support the claim of Loewen’s conversion and radicalization. Six weeks after Loewen’s arrest, Bradford Page, a former coworker of Loewen at Learjet, stated that he had witnessed Loewen writing radical stuff on Facebook about Muslims and jihad. Although Loewen’s family members also use Facebook, they apparently did not see this radical turn in his mindset.

Others who worked with Loewen at Learjet remembered him, too. A former supervisor called him an excellent employee; while a coworker said Loewen was a Protestant who converted to Catholicism. The coworker was shocked to hear that Loewen had become a Muslim.

Is it possible that Loewen is not the radical terrorist the government says he is, and that the FBI goaded him into a plot that didn’t exist until they began their undercover operation?

The FBI has manufactured terrorist plots many times, typically starting with a hapless loner. The agents create a plot, persuade their target to join, and then trumpet their success in foiling an imminent act of terrorism that was the FBI’s own concoction. These suspects were persuaded to commit terrorist acts “despite having never taken even a single step toward doing so before the FBI targeted them,” journalist Glenn Greenwald wrote in Salon.

One could argue that by prodding would-be jihadists into action in a controlled setting and then arresting and putting them away, the government is warding off future terrorist acts. But what if the hapless loner targeted by an investigation is a middle-aged man with no previous ties to Islam, much less to Islamist jihadism? Loewen was described by his coworkers as easily impressionable­ and “a follower.” What contribution to public safety was made by enabling his anti-American fantasies?

If the official account of Loewen’s terrorist plotting is misleading—because it leaves out the government’s own role in motivating the suspect—people might wonder why the FBI got involved with Loewen in the first place.

One reason may be the government’s perceived need to drum up support for policies tied to the “War on Terror,” including increased government control of public transportation facilities. Such policies have been unpopular across the country, and Wichita is no exception. For example, the year before Loewen’s arrest an incident involving the Transportation Security Administration’s treatment of a four-year-old girl at the Wichita airport drew widespread criticism of TSA screening procedures.

There is another possible explanation, too—higher pay. FBI agents, like most federal employees, can earn early salary increases for “outstanding performance.” They are also eligible for cash awards in excess of $2,000 if their action “serves as a model for success and/or introduces new innovations in investigative strategy or technique.” Perhaps the way Loewen was caught fell into that category.

Despite Loewen’s having pleaded not guilty to all charges against him, the Sheriff of Sedgwick County (which includes Wichita) used the case to justify hiring a controversial former FBI agent to train law-enforcement personnel in a program that directs suspicion at all Muslims as potential terrorists. The Council on American-Islamic Relations has protested the program. A spokesman for the Sheriff’s office cited the Loewen plot as a prime motivation for seeking the training.

As news of terrorist plots on American soil are reported in the future, it’s imperative to scan the allegations critically. The FBI has a long record of entrapping suspects and the sole possession of purportedly incriminating evidence. Then there are the many contradictions in the self-serving stories the government offers to justify its own questionable actions. Skeptical scrutiny is, therefore, essential.

9 responses to “The Unlikely Jihadi from “al Qaeda in Wichita””