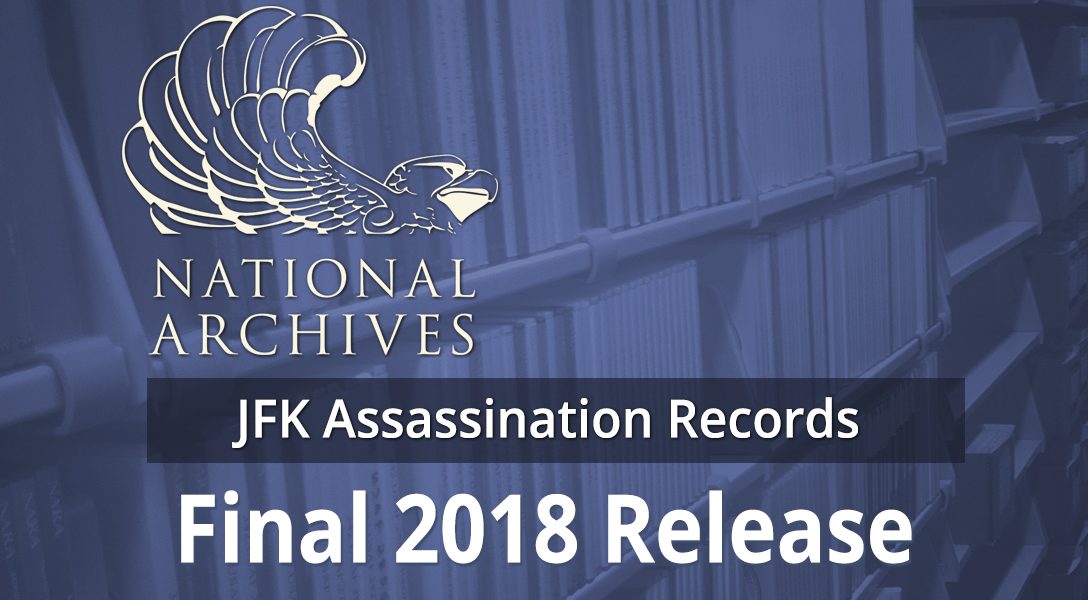 The National Archives just released 19,045 JFK files. Today was the deadline for President Donald Trump to announce whether files previously either partially redacted or withheld from the public would remain hidden.

In a press release from this morning, NARA explained the process leading up to today:

As permitted by the JFK Act, agencies appealed to the President to continue postponement of certain information beyond October 26, 2017. The President provided agencies with a temporary certification until April 26, 2018 to allow for a re-review of all documents withheld in full or in part under section 5 of the JFK Act and directed agencies to “identify as much as possible that may be publicly disclosed” and to be “extremely circumspect in recommending any further postponement.”

According to NARA, 15,834 of the files still contain redactions. They also claim that 520 documents remain withheld in full from the public because they are not subject to disclosure, such as documents falling under the IRS code or a sealed court order. NARA clarified that the documents with remaining redactions would have another chance for disclosure in three years:

The President has determined that all information that remains withheld under section 5 must be reviewed again before October 26, 2021 to determine whether continued withholding from disclosure is necessary.

Over the past 180 days, executive departments and agencies (agencies) have reviewed all of the information within records temporarily withheld from release and have proposed to the Archivist of the United States (Archivist) that certain information should continue to be redacted because of identifiable national security, law enforcement, and foreign affairs concerns. The Archivist has reviewed the information agencies proposed to withhold and believes the proposals are consistent with the standard of section 5(g)(2)(D) of the President John F. Kennedy Assassination Records Collection Act of 1992 (44 U.S.C. 2107 note) (the “Act”).

I agree with the Archivist’s recommendation that the continued withholdings are necessary to protect against identifiable harm to national security, law enforcement, or foreign affairs that is of such gravity that it outweighs the public interest in immediate disclosure. I am also ordering agencies to re-review each of those redactions over the next 3 years.

Roger Stone, a friend and former political consultant to the president, who also wrote a book on JFK claiming that President Lyndon Johnson was responsible for a conspiracy to assassinate Kennedy, told WhoWhatWhy, “I am pleased that the president directed the final release of 19,045 documents today and that no document has been completely withheld. I am also pleased that the president ordered another review of withheld material by Oct 26, 2021 to determine whether further withholding can be justified. I have not yet had the opportunity to review how much of the material released today has been redacted but I am mindful that the president directed that redactions must relate to persons who are still living.”

The WhoWhatWhy team is currently reviewing the files, and will bring you the latest.