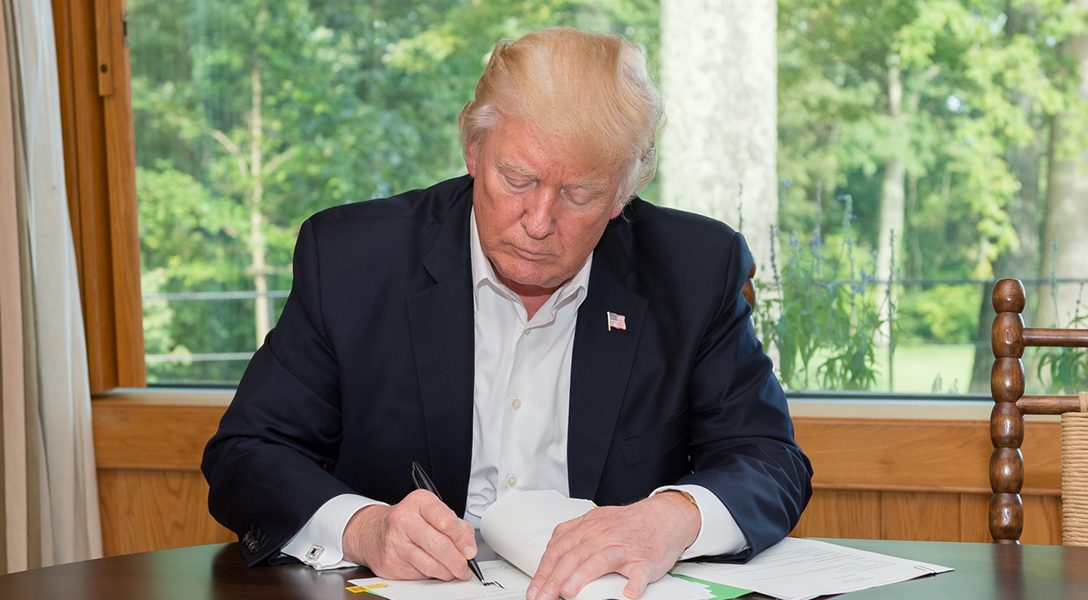 As some suspected he would, President Donald Trump has made the decision to delay the full release of remaining classified JFK assassination documents. The White House press office released a statement, which we have reproduced in full, below. The president claims that releasing the full tranche of files today would pose a grave threat to national security — so he is calling for the relevant agencies to have a 6-month “re-review” process to “allow sufficient time to determine whether such information warrants continued postponement under the Act.”

The agencies have had 25 years to prepare for this day.

Office of the Press Secretary

MEMORANDUM FOR THE HEADS OF EXECUTIVE DEPARTMENTS AND AGENCIES

Records Related to the Assassination of President John F. Kennedy

The American public expects — and deserves — its Government to provide as much access as possible to the President John F. Kennedy Assassination Records (records) so that the people may finally be fully informed about all aspects of this pivotal event.  Therefore, I am ordering today that the veil finally be lifted.  At the same time, executive departments and agencies (agencies) have proposed to me that certain information should continue to be redacted because of national security, law enforcement, and foreign affairs concerns.  I have no choice –today — but to accept those redactions rather than allow potentially irreversible harm to our Nation’s security.  To further address these concerns, I am also ordering agencies to re-review each and every one of those redactions over the next 180 days.  At the end of that period, I will order the public disclosure of any information that the agencies cannot demonstrate meets the statutory standard for continued postponement of disclosure under section 5(g)(2)(D) of the President John F. Kennedy Assassination Records Collection Act of 1992 (44 U.S.C. 2107 note) (the “Act”).

Accordingly, by the authority vested in me as President and Commander in Chief by the Constitution and the laws of the United States of America, I hereby certify that all information within records that agencies have proposed for continued postponement under section 5(g)(2)(D) of the Act must be temporarily withheld from full public disclosure until no later than April 26, 2018, to allow sufficient time to determine whether such information warrants continued postponement under the Act.  This temporary withholding from full public disclosure is necessary to protect against harm to the military defense, intelligence operations, law enforcement, or the conduct of foreign relations that is of such gravity that it outweighs the public interest in immediate disclosure.

I hereby direct all agencies that have proposed postponement of full disclosure to review the information subject to this certification and identify as much as possible that may be publicly disclosed without harm to the military defense, intelligence operations, law enforcement, or conduct of foreign relations.

Any agency that seeks to request further postponement beyond this temporary certification shall adhere to the findings of the Act, which state, among other things, that “only in the rarest cases is there any legitimate need for continued protection of such records.”  The need for continued protection can only have grown weaker with the passage of time since the Congress made this finding.  Accordingly, each agency head should be extremely circumspect in recommending any further postponement of full disclosure of records.  Any agency that seeks further postponement shall, no later than March 12, 2018, report to the Archivist of the United States (Archivist) on the specific information within particular records that meets the standard for continued postponement under section 5(g)(2)(D) of the Act.  Thereafter, the Archivist shall recommend to me, no later than March 26, 2018, whether the specific information within particular records identified by agencies warrants continued withholding from public disclosure after April 26, 2018.

The Archivist is hereby authorized and directed to publish this memorandum in the Federal Register.