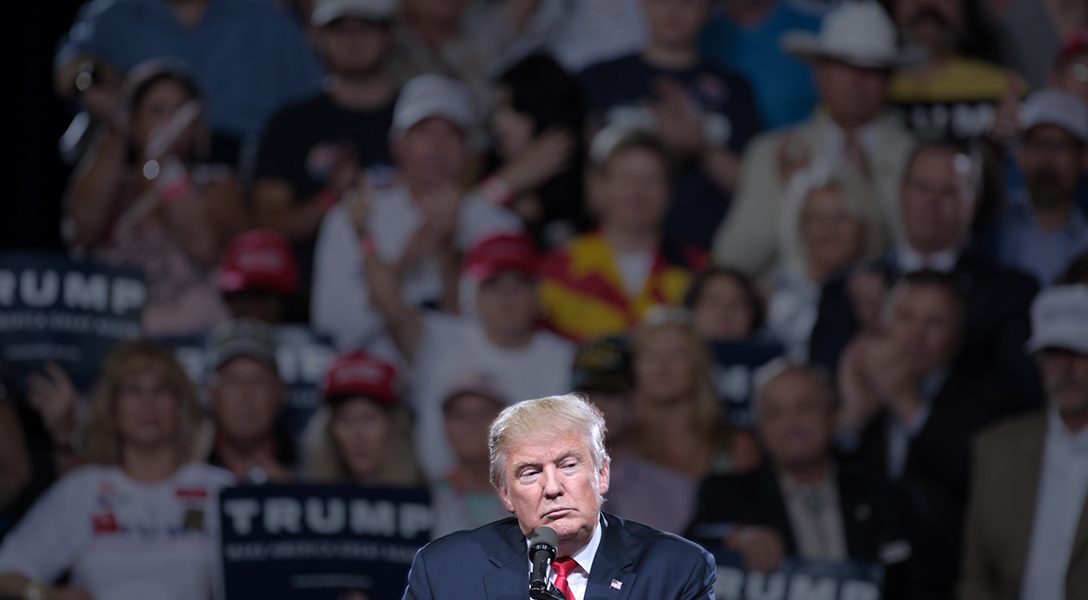 Trump – an Army of One

Donald Trump likes to talk about the crowds at his rallies. He does this with good reason: Trump is drawing a lot more supporters to his events than anybody in this election cycle not named Bernie Sanders.

The problem is that Trump’s campaign is pretty much a one-man show. Unfortunately for the GOP nominee, he can only be in one place at a time – and that could hurt him in the home stretch of the election.

Trump was in Florida today and will take some time off Wednesday to open a hotel in DC. His lone high-profile surrogate is vice presidential nominee Mike Pence, who will be in Utah on Wednesday to help the GOP ticket hold on to a red state it absolutely can not afford to lose.

At the same time, Hillary Clinton has the luxury of dispatching several top surrogates across the country and employs them for maximum effect.

President Barack Obama is going to be in Florida this week, while Tim Kaine and Al Franken will attend events in Ohio. Chelsea Clinton will also stump in the Buckeye State and Vice President Joe Biden, who has campaigned heavily in his home state of Pennsylvania, will be in Nevada.

Clinton, who campaigned with Elizabeth Warren in New Hampshire on Monday, will join First Lady Michelle Obama in North Carolina on Thursday. Bill Clinton is in the Tar Heel State right now. In addition, Bernie Sanders has also hit the campaign trail for Clinton. Even Al Gore has come out of retirement.

That is some serious star power for the Democrats that appeals to different demographics. And while Clinton and her top surrogates might speak in smaller venues, their appearances are guaranteed to make (and often lead) the nightly news in all of these swing states.

That is free media Trump cannot compete with on his own. However, since the GOP establishment has shunned him, he has to go it alone. No truly high profile Republican is going to campaign for him.

The entire Bush clan is sitting this election out (with the exception of Billy, who has made headlines the Trump campaign could have done without). House Speaker Paul Ryan is on Trump’s naughty list, while Senate Majority Leader Mitch McConnell likes to pretend Trump doesn’t exist. The last two Republican nominees – John McCain and Mitt Romney – have also disavowed the GOP nominee and are more likely to be the subject of a Twitter rant than highlighting a campaign event for Trump.

In a close race, this type of thing can make a big difference. In a not-so-close race, it can push the result to a landslide.