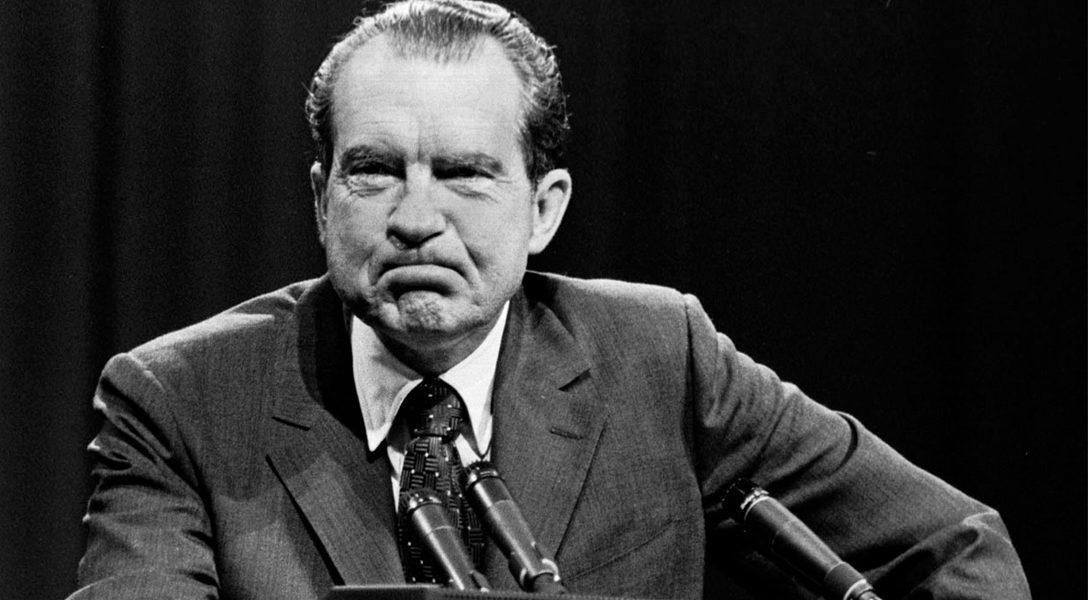 ‘Tricky Dick’: Behind the Prevailing Myth, There’s Another Story

A new CNN four-part original series on the fall of President Richard M. Nixon — Tricky Dick — had its premiere March 17. Its makers promise “fresh insight into a riveting story of politics, power and scandal.”

Frankly, we doubt it. While we believe that most journalists do their level best to tell the truth as they understand it, major news organizations have tended to be corporations participating in the creation of a consensus narrative. It has been the case regardless of topic, and it was no different with the stories we are told about Richard Nixon and his downfall.

The story everyone heard was the one we all remember: Nixon was a bad guy who committed a range of abuses, and paid the price. The heroes were the media and Congress. Russ Baker, founder of WhoWhatWhy, grew up believing that story. He believed it until his own research proved otherwise: that Richard Nixon, for all his flaws, was not the architect of Watergate, but the victim of it.

And then Baker stuck to his guns, telling a story that unsettled him deeply but was what he had uncovered. Because that is what an honest journalist does. It is what WhoWhatWhy does.

CNN will tell us a story that is entirely consistent with the prevailing myth, perhaps because its journalists only know the conventional story, but also perhaps in part because it is extremely risky — financially, professionally, in every respect — to break from the crowd.

To learn something with much more “fresh insight” than you will find in Tricky Dick, read on.

Excerpted from Russ Baker’s Family of Secrets: The Bush Dynasty, America’s Invisible Government and the Hidden History of the Last Fifty Years.  (Note: Although these excerpts do not contain footnotes, the book itself is heavily footnoted and exhaustively sourced.) Is there a “Deep State”? And did it do Nixon in? A timely look at a precursor event for Trump Times. Watergate and the Downing of Nixon, Part 2

A look at the remarkable fact that Richard Nixon (along with two other future presidents —  Lyndon Johnson and George H.W. Bush) was present in Dallas on November 22, 1963, when his 1960 vanquisher, John F. Kennedy, was violently removed from office. The particulars suggest that Nixon’s presence there was orchestrated by others. But why? Was it to send him a message about the real limits of the presidency? Watergate and the Downing of Nixon, Part 3

More revealing details on the intricate ways in which President Richard Nixon clearly seems to have been set up by powerful interests deeply unhappy with his policies. And the role of Big Oil behind some of the machinations — but who else was involved, and why? Watergate and the Downing of Nixon, Part 4

Additional tantalizing evidence  of the extent to which our perception of events, and of people, can be manipulated. Watergate and the Downing of Nixon, Part 5

A fascinating blow-by-blow, in which a host of figures with connections to the CIA and the military — including the now-celebrated John Dean, as well as two Skull and Bones confreres (GOP chair George H.W. Bush and Nixon speechwriter Richard A. Moore) — move the chess pieces against Nixon, leading to his inevitable forced resignation.