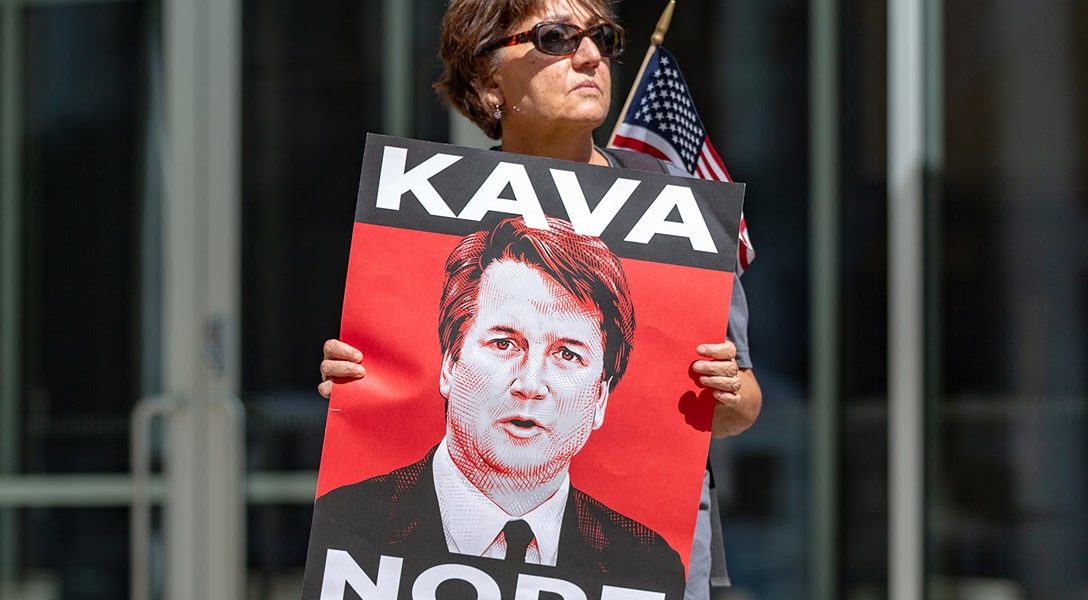 The US Supreme Court at the Center of an Approaching Storm

The US Supreme Court’s latest decision concerning the deadline for accepting Wisconsin’s mail-in ballots constitutes the opening volley in a volatile legal battle that is likely to become even more controversial with the addition of the court’s newest justice, Amy Coney Barrett.

When the Republican Party challenged an earlier ruling by Pennsylvania’s Supreme Court allowing mail-in ballots to be received up to three days after Election Day, the US Supreme Court reached a tie vote, allowing the Pennsylvania decision to remain in effect — for the moment, at least. Chief Justice John Roberts joined the three remaining liberals in that case, although he didn’t give an explanation for that decision.

In the latest case from Wisconsin, Roberts joined the 4 (now 5) other conservative justices in blocking a federal district court’s extension of time for receipt of mail ballots past Election Day. What made the Wisconsin case different, according to Roberts in his very short opinion, is that it dealt with a decision by a federal rather than a state court. From that perspective, the federal judiciary was intervening in a process that the Constitution had reserved for the state legislatures.

The other opinions by Justices Neil Gorsuch, Brett Kavanaugh, and Elena Kagan reveal the underlying issues involving the authority of state and federal courts to modify election rules. This is Bush v. Gore territory, where five conservative justices ruled that the Florida Supreme Court had overstepped its authority in ordering recounts in the 2000 election. Kavanaugh’s and Kagan’s dueling opinions pull no punches in the vehemence of their constitutional arguments. They go back and forth on whether the failure to extend the receipt deadline constitutes “disenfranchisement” of Wisconsinites, and they seem to be angry with each other — understandably so. Tensions are clearly running high on the court these days.

The issues being raised are important enough that former Governor Arnold Schwarzenegger (R-CA) just filed an amicus brief in another Pennsylvania case challenging the ballot receipt extension, which could reach the high court again — this time with its ninth justice firmly installed. The “Governator” is concerned because Pennsylvania Republicans are making arguments that imply that many changes to state constitutions which expand voting rights, similar to those that Schwarzenegger helped enact in California, are unconstitutional, including a number of state constitutional provisions intended to prevent unfair gerrymandering.

The debate centers on the meaning of the word “legislature.” The Constitution states that the rules for congressional elections “shall be prescribed” by state legislatures, subject to Congressional preemption, and that for presidential elections, “each state shall appoint” the electors “in such manner as the Legislature thereof may direct.” It’s important to note that as far as presidential elections are concerned, the Constitution doesn’t require states to allow citizens to vote at all. The state legislatures are empowered to appoint presidential electors in any way they choose; it’s just that all states have decided to allow general elections to determine the winner of their Electoral College votes.

In the 2015 Arizona State Legislature v. Arizona Independent Redistricting Commission case, the late Justice Ruth Bader Ginsburg authored a 5-4 opinion holding that the word “legislature” meant not only the legislature but also included other lawmaking bodies, including the people when they vote on state law initiatives or referendums changing the state constitution. But in that same case, Chief Justice Roberts wrote a strong dissent arguing that “legislature” means only the actual legislature, and that the redistricting commission in Arizona, which did not involve the Legislature, was an unconstitutional usurpation of the Legislature’s authority to set the election rules.

The swing vote for the liberal side in that Arizona case was Justice Anthony Kennedy. But Kennedy has now been replaced by Kavanaugh, whose concurring opinion in the Wisconsin case argues that state courts are not authorized to modify the legislature’s election rules, even when they are doing so pursuant to the state constitution. Kavanaugh actually cites Bush v. Gore as precedent, holding that “a state court may not depart from the state election code enacted by the legislature.”

The Trump campaign and Pennsylvania Republicans are making the same arguments to the Supreme Court now in the second iteration of the receipt deadline case in Pennsylvania, and they may have a winning case even without the new Justice Amy Coney Barrett. It seems clear that Roberts is trying to preserve some kind of institutional integrity for the court, so he may try to find a way to avoid deciding a case that directly affects the election. But to some extent he may be bound by his own opinions and firmly held beliefs on questions involving voting rights, and with Barrett now on the court, the chief justice may no longer be in a position to influence the outcome of the case.

In the formalistic minds of these conservative justices, the power of state legislatures to set the rules for elections is virtually absolute. Districts can be unfairly gerrymandered, and votes can be actively suppressed, but this court seems intent on deferring to the formal authority of state legislators — who were themselves often elected through gerrymandered districts and voter suppression. The court gives them free rein to manipulate election laws and procedures in ways that help ensure they remain in power, pandemic and other extenuating circumstances be damned.

If the election is not close and the result is obvious to everyone, none of these recent decisions will affect the outcome in Pennsylvania, Wisconsin, or other swing states. But if the race is close, it’s scary how the legal issues and political implications are lining up for a potential perfect storm. The election administrator’s prayer has never been more relevant: “Please, please, please let the winners win big.” And however this year turns out, the issues being litigated now could have effects on US elections for many years to come.