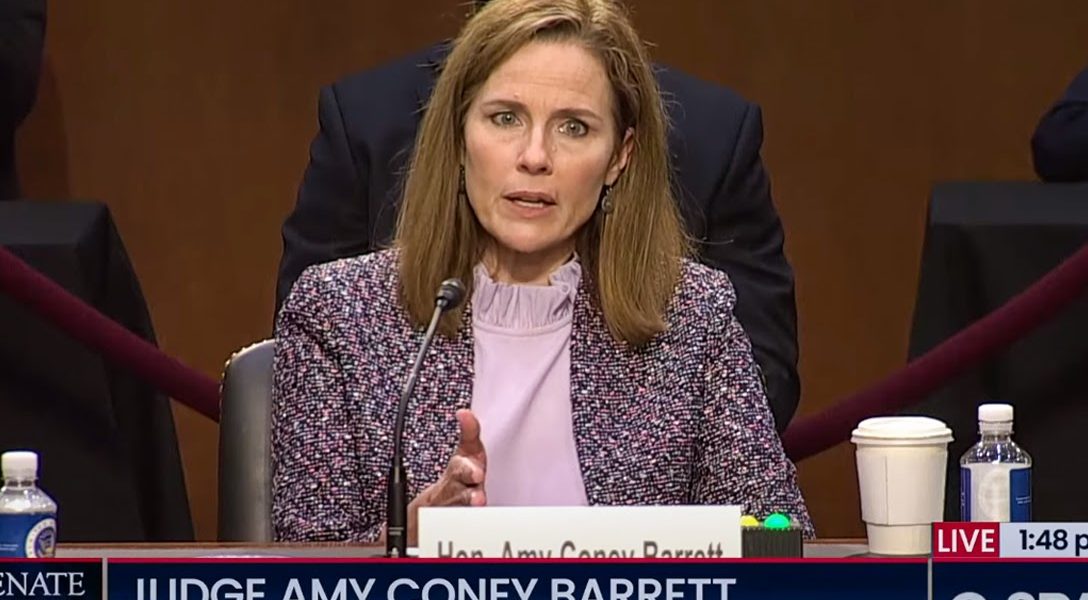 Much has been made of the threat posed by Judge Amy Coney Barrett to reproductive rights, LGBTQ rights, voting rights, and the Affordable Care Act.

But Democrats opposing her nomination to the US Supreme Court have paid far less attention to another reason why her appointment will be a clear win for Republicans — she will further their agenda to favor corporations and the wealthy.

According to a report by the government watchdog Accountable.US, Barrett has overseen at least 55 cases in which citizens took on corporate entities, and she sided with corporations in all but 11 of them. That’s three out of four cases during her time as a federal appeals judge that President Donald Trump’s nominee has reportedly been in favor of corporations.

Here are a few examples from the report:

A case where an employee of the Chicago Stock Exchange was fired. He claimed his firing violated whistleblower protections.

A case in which a woman sued pharmaceutical company Teva North America over a defective IUD.

A case where a railroad employee was injured at work due to broken equipment.

In all of these Barrett sided with the corporations and ruled against the plaintiffs.

The report also noted that Barrett had refused to hear a case concerning racial segregation, one that another judge said legalized “the separate but equal doctrine.” In the case, a Black employee accused Autozone of “segregating employees and intentionally assigning members of different races to different stores,” when he was unilaterally transferred to another store. Barrett denied the petition to rehear the case.

In yet another case, the report says that Barrett “ruled that protections against age discrimination for employees do not also extend to job applicants.”

“President Trump has consistently advanced the interests of the wealthy and well-connected at the expense of the American people, and his choice of Amy Coney Barrett for the Supreme Court would supercharge that agenda,” said Kyle Herrig, president of Accountable.US, in a statement. “Judge Barrett’s record of protecting corporate interests over people leaves no mystery about her priorities — priorities that could take the nation backwards on many important issues.”

The Supreme court is already very corporate friendly and Barrett is the third judge Trump has nominated who favors corporations over people.

In 2016, Neil Gorsuch did not appear on Trump’s first list of potential Supreme Court nominees. But he appeared on the president’s second list just weeks after the release of a judicial manifesto, made as a judge on the Court of Appeals for the 10th Circuit, that argued judges should have more power to strike down federal regulations that protect workers, consumers, and the environment.

In 2018, the government watchdog Public Citizen criticized Judge Brett Kavanaugh for the same stance. At the time, Public Citizen wrote in a statement that Kavanaugh displays “overwhelming tendency to reach conclusions favorable to corporations and against the public interest.”

Barrett was nominated to the 7th Circuit by Trump in May of 2017. She was confirmed by the Senate five months later along mostly partisan lines, although Democratic Senators Tim Kaine (VA), Joe Donnelly (IN), and Joe Manchin (WV) voted to confirm her nomination.