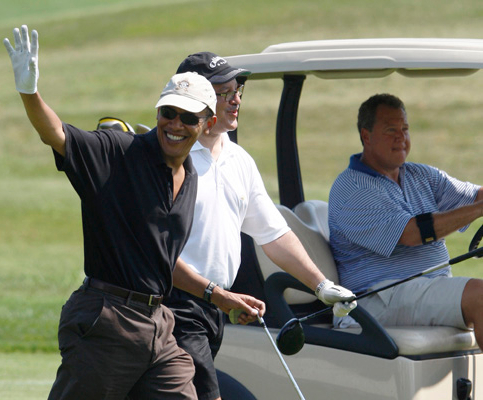 The Game That Goes On and On: A Swiss Bank, A President and the Permanent Government Last August, the presidential press corps followed Barack Obama and his family to Martha’s Vineyard for their brief vacation. The coverage focused on summery fare—a visit to an ice cream parlor, the books the president had brought along. Nearly everyone mentioned his few rounds of golf, including his swing, and the enthusiasm of onlookers.